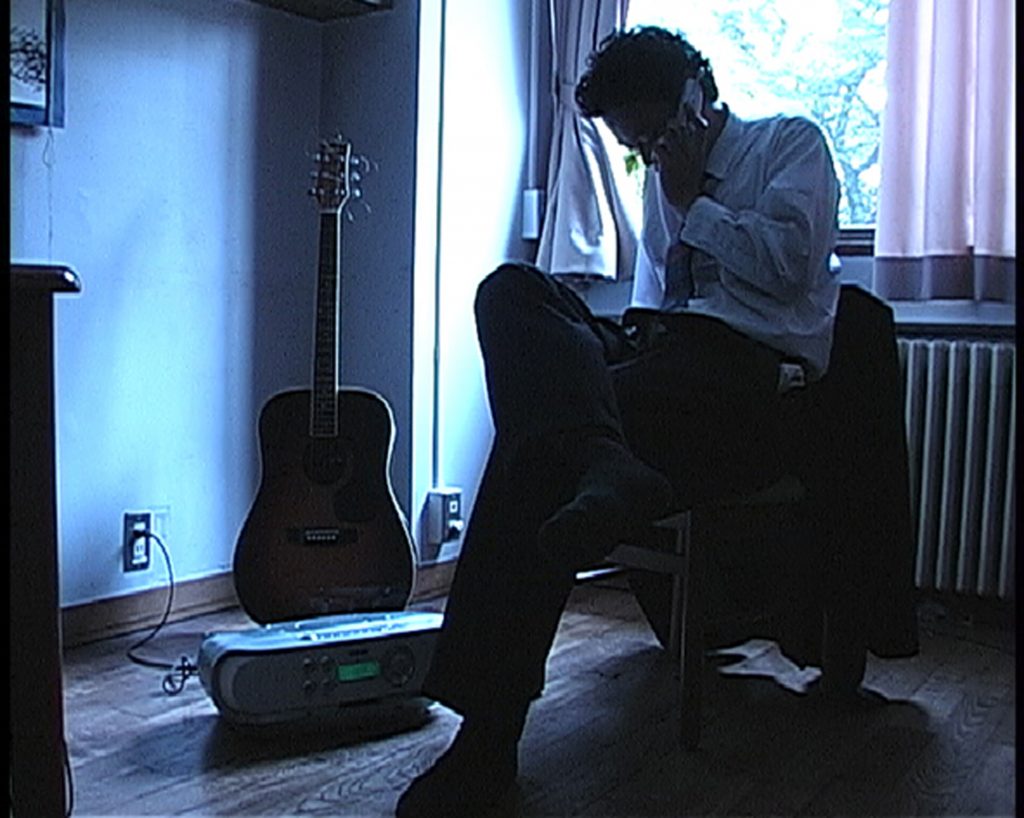 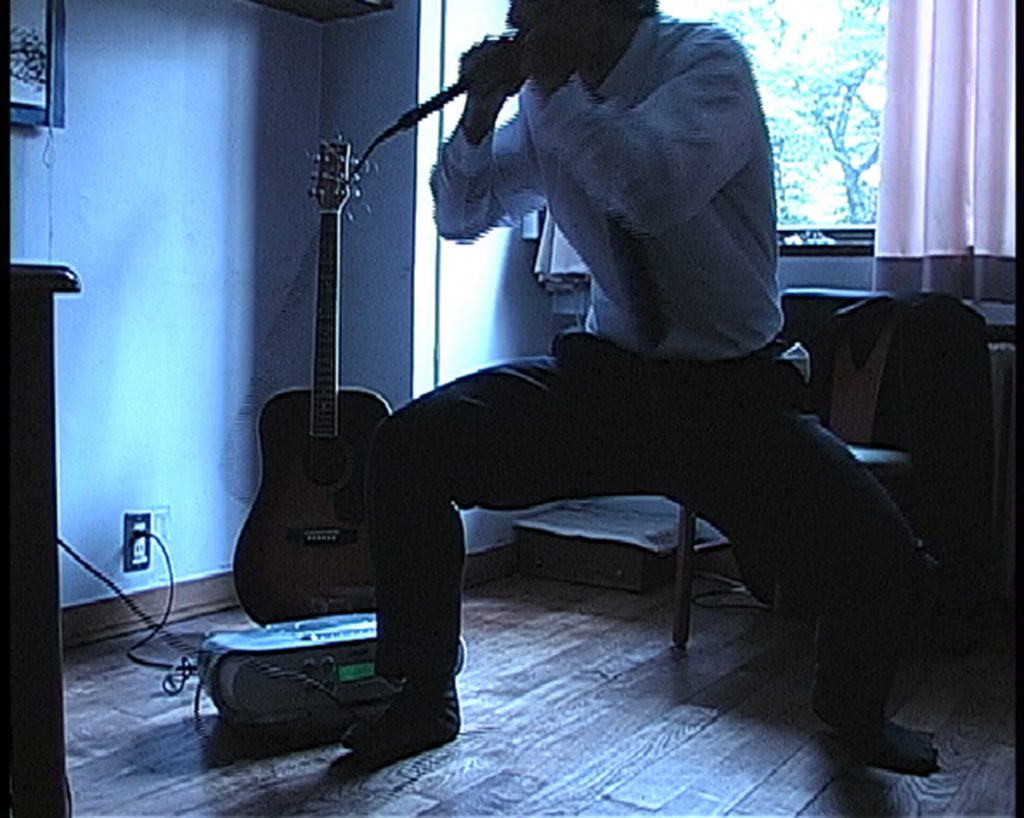 A tired businessman, played by the artist, returns to his apartment and phones his mother. After talking to each other about nothing in particular, the man discloses to his mother that he is at war, fighting. Suddenly sounds resembling gunshots and bombs falling are produced using the microphone and this has the effect of dragging his mother into a virtual war zone.

Although I was initially intending to create a completely different kind of work, the Iraq War erupted during the six months that I was working on this video. One war image after the other filled everyone's TV screens and I was made aware of the huge discrepancy between the images of war broadcast on the news and our peaceful everyday life. I now believe that this work was a manifestation of an internal conflict surrounding acts such as demonstrations and praying. It was in the safe and comfortable environment of an apartment in Japan that I filmed a performance that addressed ultimate issues such as war and death, the very opposite to safety and comfort. One American woman whose son was sent to war in Iraq saw this work and was apparently outraged. (from: Meiro Koizumi, 'Mum - Koizumi Meiro', in: Koizumi Meiro, exh.cat. Mori Art Museum, Tokyo, 2009, pp. 28-29)