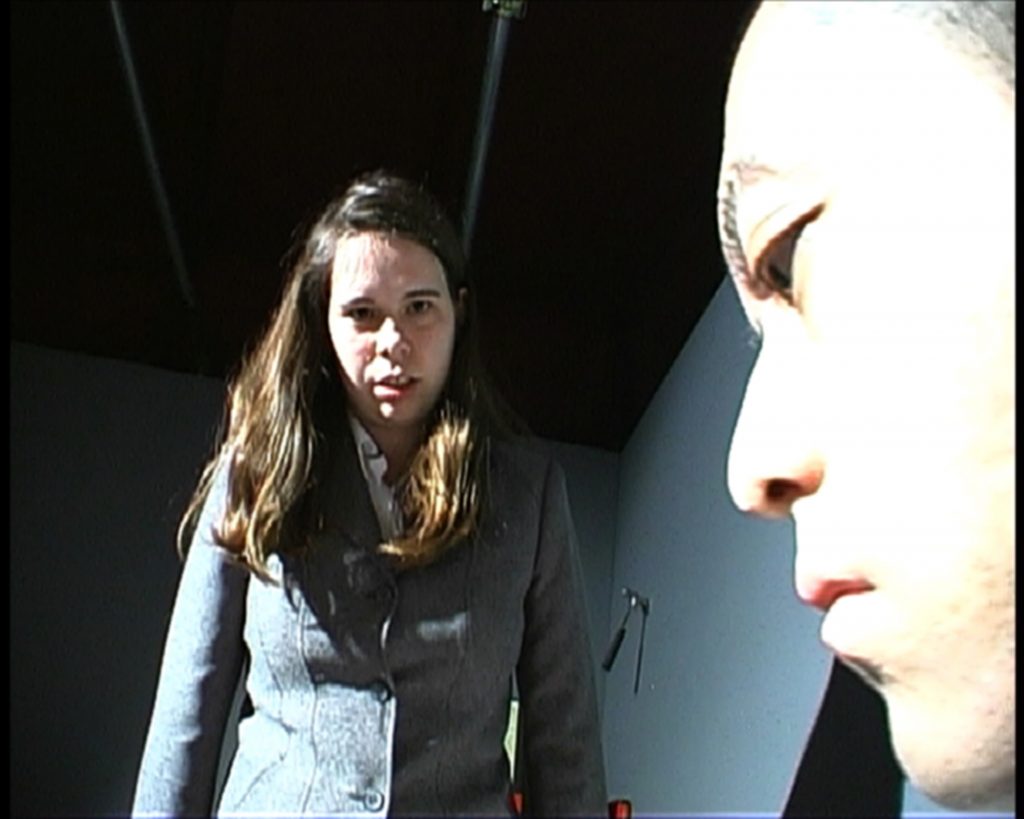 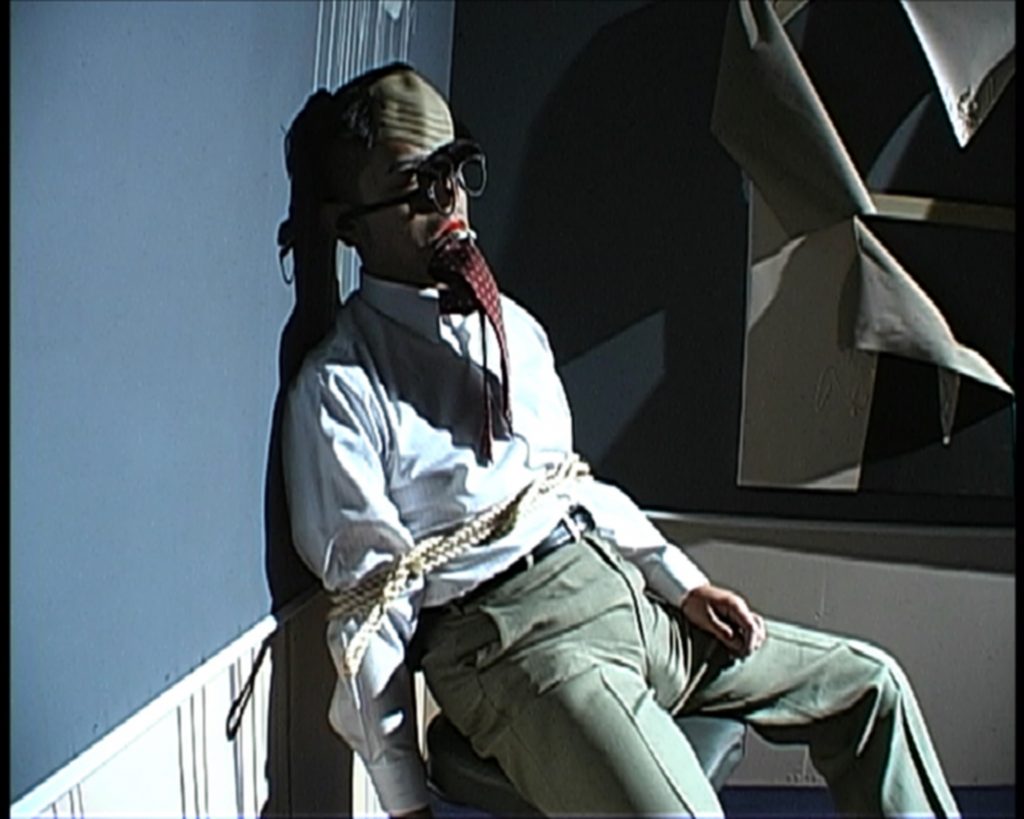 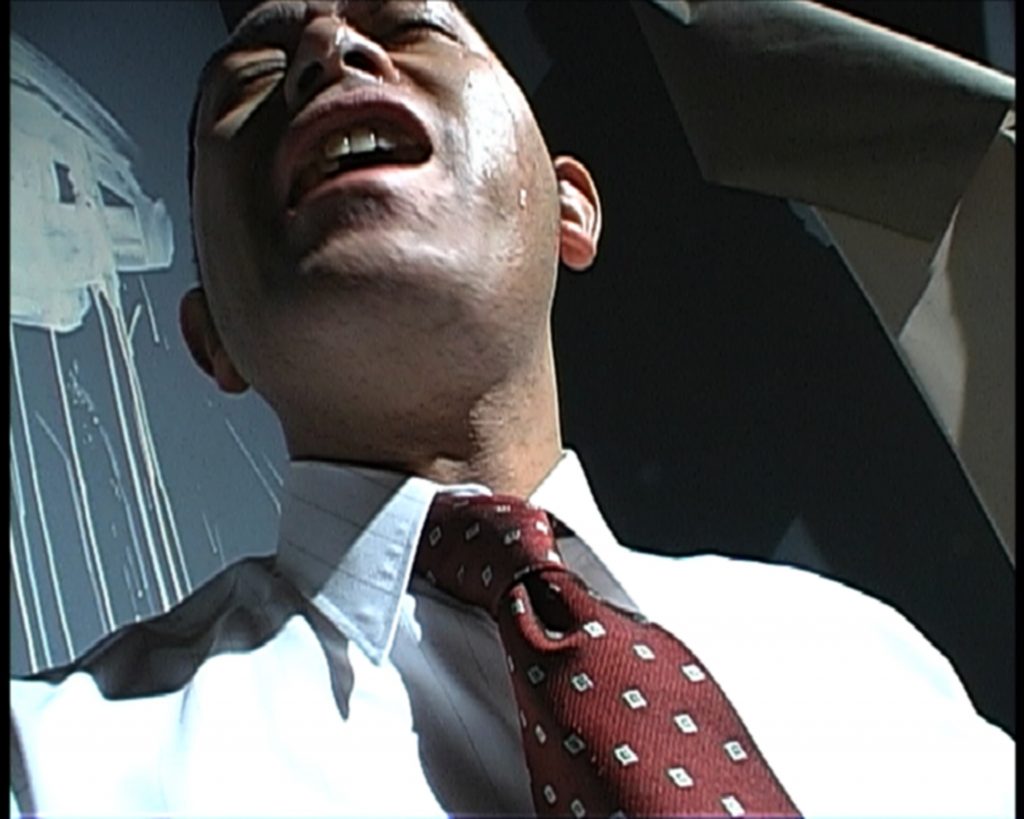 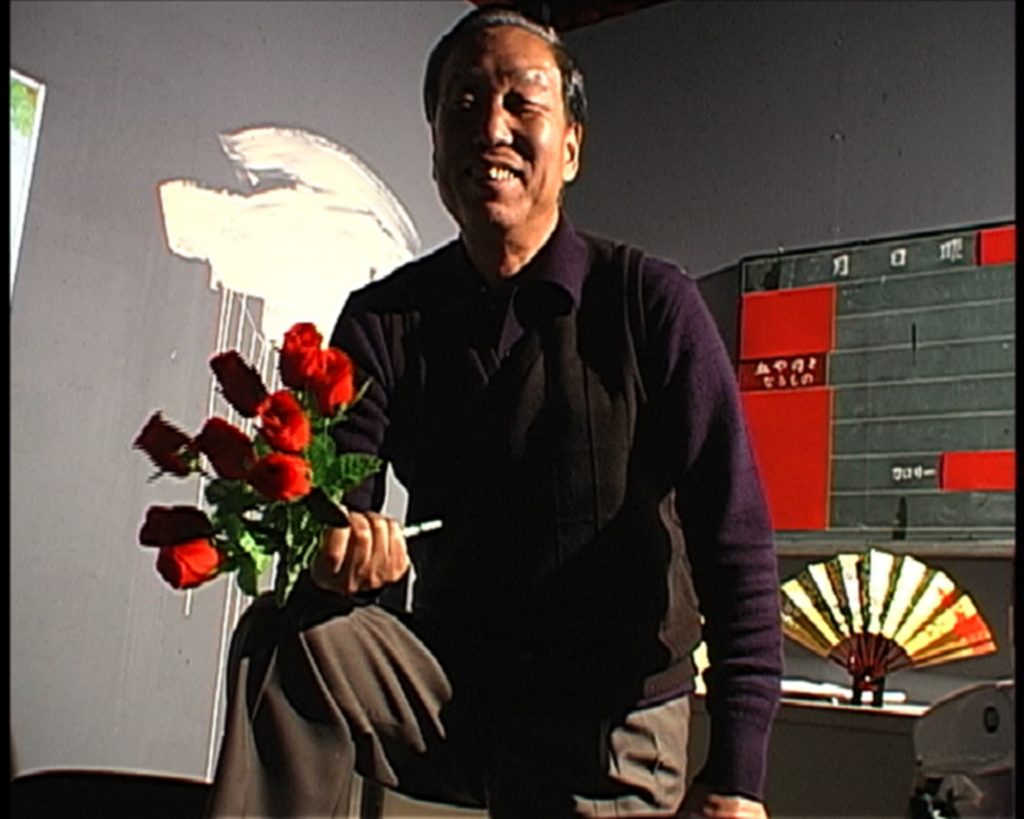 A video work in two parts, comprising 'Jap' and 'Comedy'. 'Jap', an older man who appears to symbolize the honest and hardworking Japanese who has lived through Japan's rapid economic growth shouts in broken English with an Ibaraki accent about the inferiority complex that the Japanese have developed towards the United States over the 60 years since the end of World War II. In 'Comedy', a German woman speaking Japanese, is teaching, indeed almost torturing, a young man on the importance of human rights. The work refers to the correlation between the authoritarianism that is maintained by the Japanese linguistic system and those who find themselves on the lower rungs of the hierarchy or on the fringes of this system.

I created this during the artist-in-residence program at Arcus Studio in Moriya City, Ibaraki Prefecture. The performers are all people I met in Moriya. The unbelievably cheerful smile of the man in 'Jap' and the power of the woman in 'Comedy' are not due to any direction on my part but are the result of the physical qualities of the individuals. 'Comedy' was created by intentionally appropriating a vacuous TV skit. It's work that represents my frustration of working in dead-end, part-time jobs. The frustration oozed out of this work like pus. (from Meiro Koizumi, 'Jap - Koizumi Meiro', in: Koizumi Meiro, exh.cat. Mori Art Museum, Tokyo, 2009, pp. 30-31)