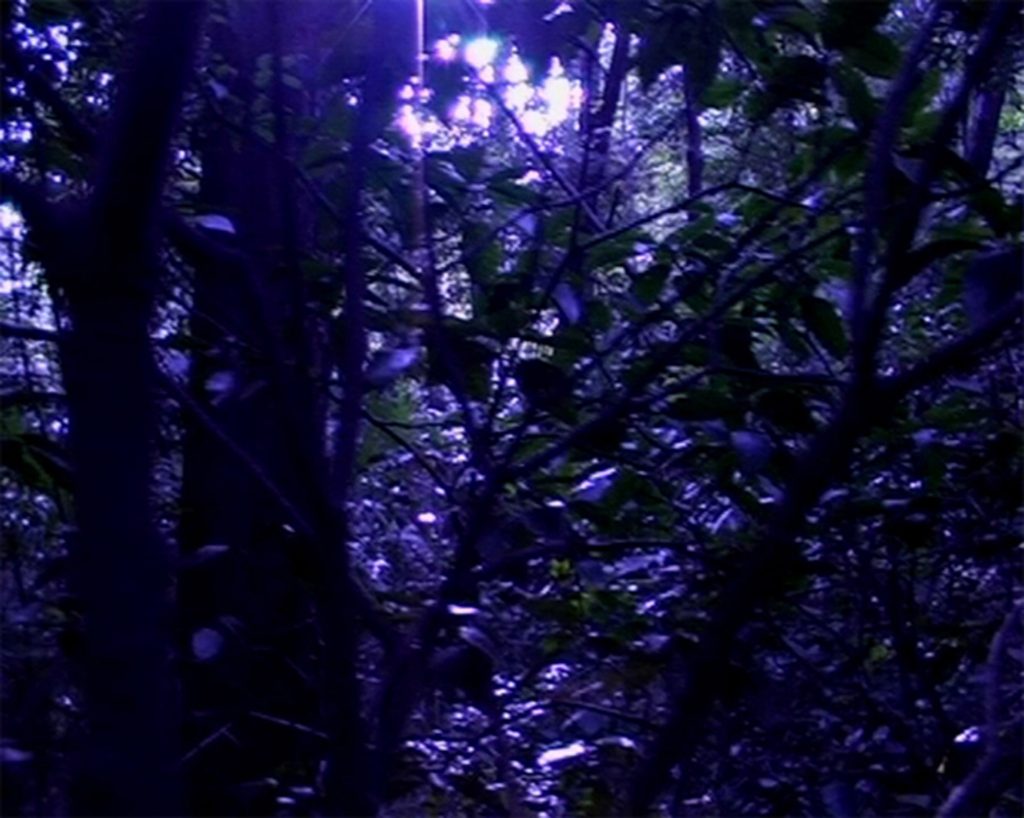 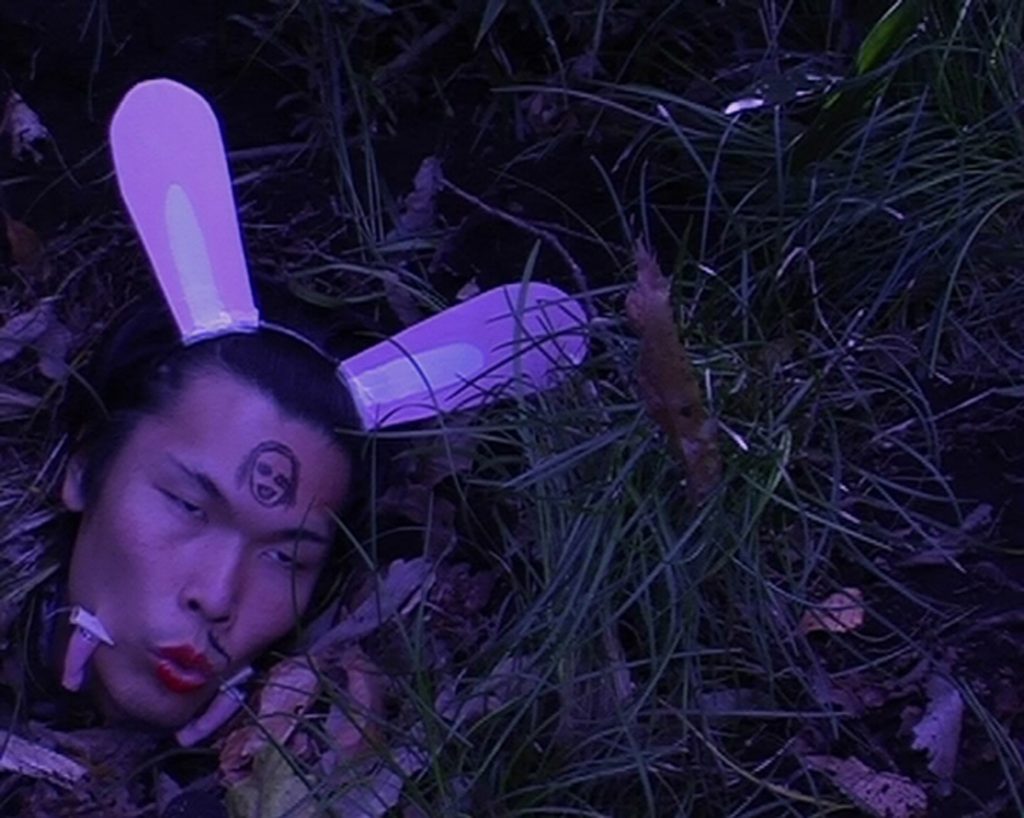 The camera is moving through the forest, and we hear a voice in the background calling out for help as through someone is lost in the forest. Eventually, the camera captures a man buried up to his neck, and we realize that it is this man who is calling out for help. The camera slowly closes in on the man's face. The camera is then inserted into his mouth, and the screen becomes enveloped in darkness. The man them emits an obscene wail in the darkness.

When I created this work, I had in mind a fairy tale being told in a distorted space filmed by playing with the structure of the work itself. It was filmed in the forest behind an apartment building that I used to live in. I remember being very conscious of the concept of 'Heart of Darkness' (1899) by Joseph Conrad, in which the deeper one enters the forest, the closer one arrives at the truth. Even today, I still find the point that this work eventually arrives at a point where all signification is severed, and only inadverted and vulgar emotions remain to be deeply interesting. (from: Meiro Koizumi, 'Help - Koizumi Meiro', in Koizumi Meiro, exh.cat. Mori Art Museum, Tokyo, 2009, pp. 26-27).