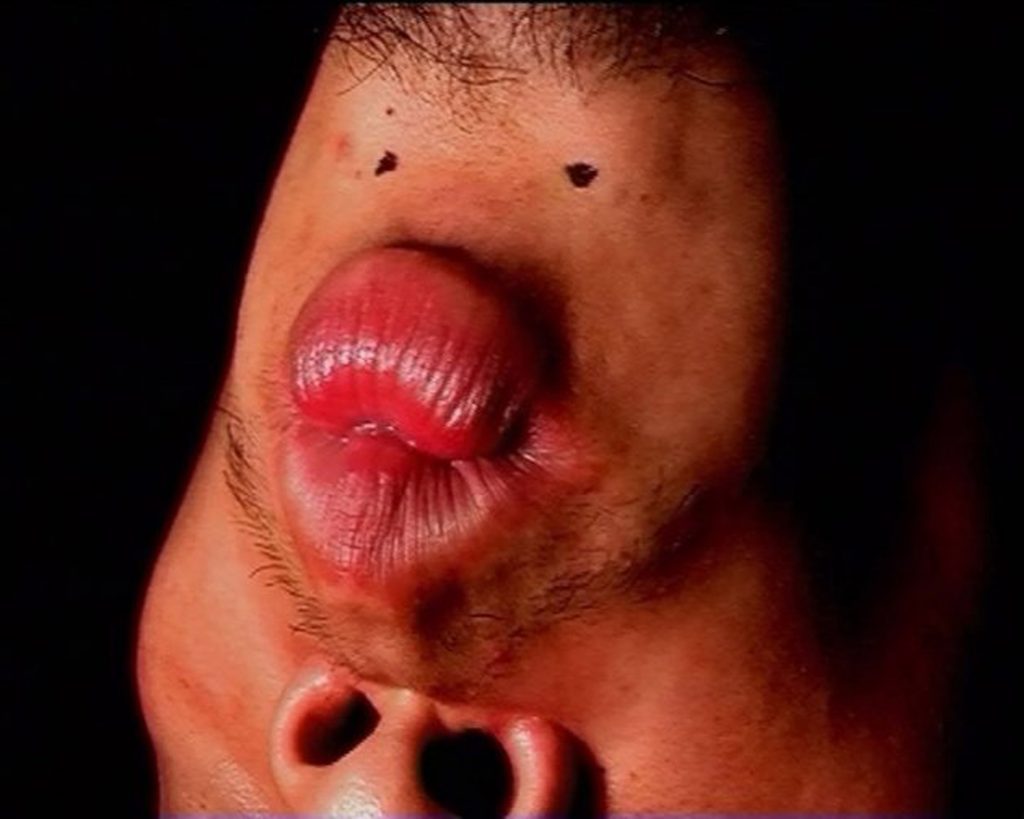 The artist's chin is depicted as a comical character who retells the tragic tale of his wife. As the story nears the end, the camera pulls away from the subject, and two faces appear simultaneous - the artist's face, and the character's face. Although stylistically the narrative structure has been torn apart, the two characters appear on the screen simultaneously.

This work represented my resistance to the recent years' academic trend of removing all narrative elements from art works. I featured the comical and stereotypical image of a Japanese person as someone with buckteeth and who speaks poor English, and made the character narrate an overly tragic story. I learnt that the face of human anguish automatically heightens the strength of the moving image. (from Meiro Koizumi, 'Fhe Wav a Very Veautiful Woman...- Koizumi Meiro', in: Koizumi Meiro, exh. cat. Mori Art Museum, Tokyo, 2009, pp. 24-25)