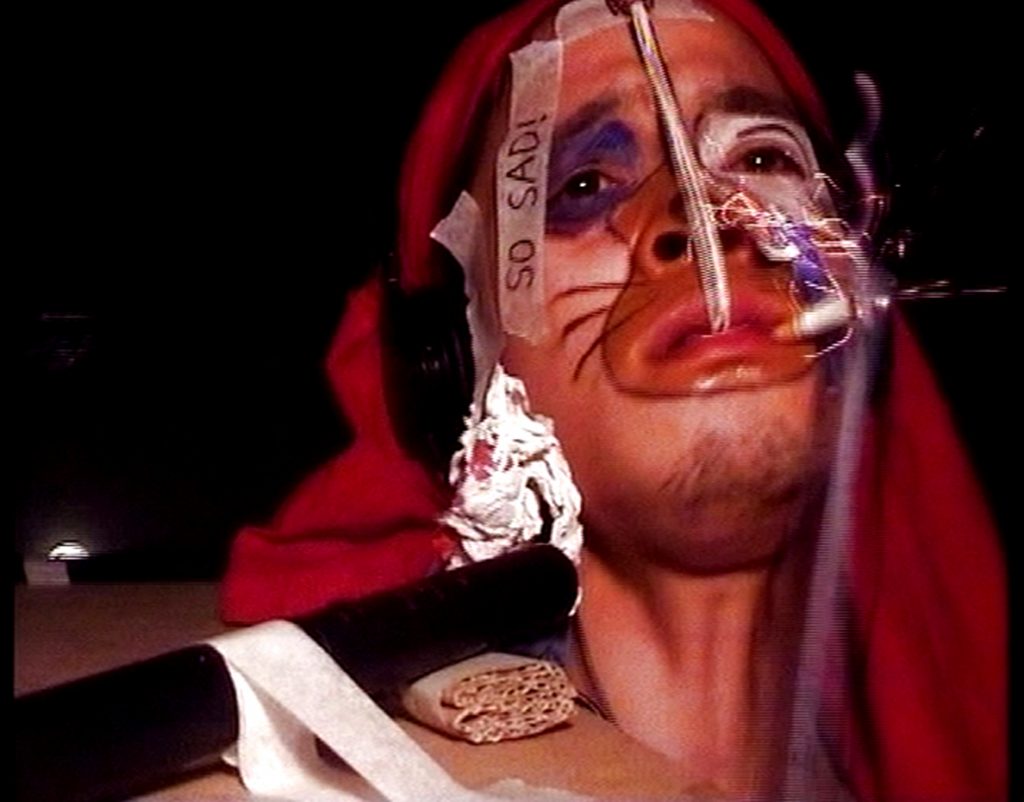 The artist's face is scattered with elements conveying sadness such as painted tears and graffiti around the eyes resembling bruising. The artist is humming the hymn 'Amazing Grace' to enhance these individual elements, and as he does so, strikes his cheek with a ruler to heighten the pain, effectively transporting himself into a territory of deep pain.