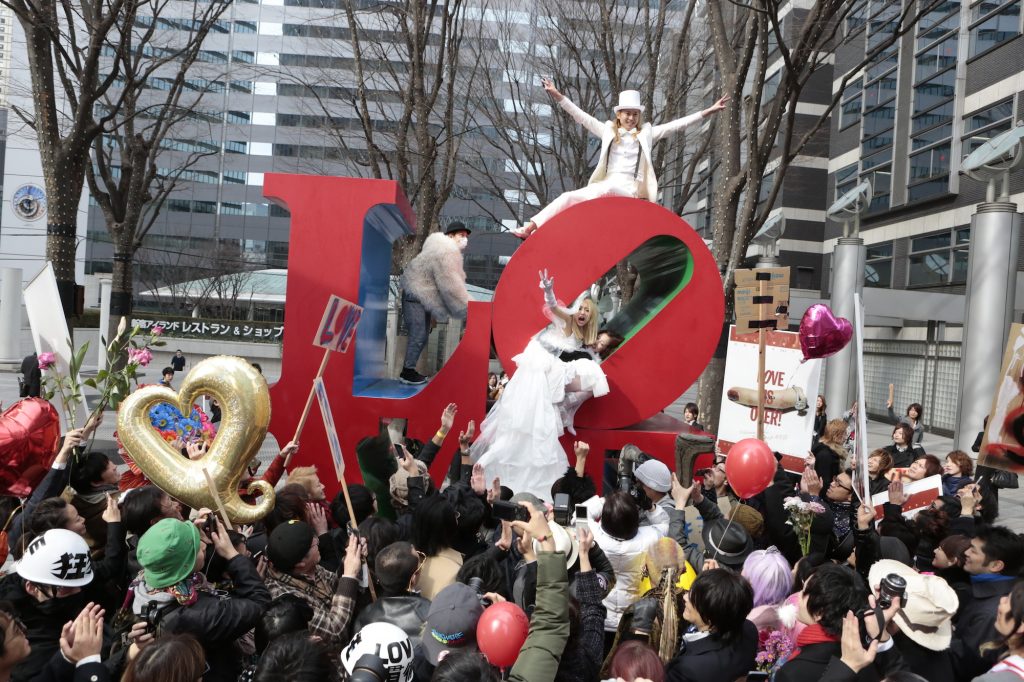 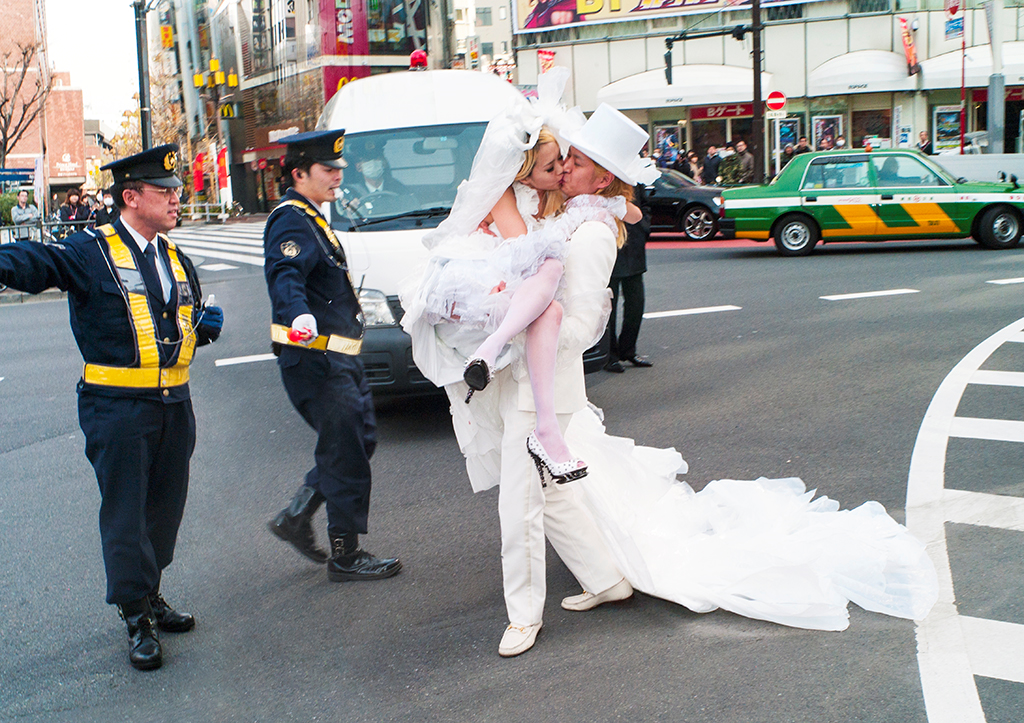 LOVE IS OVER, Photo: Ryan Chan 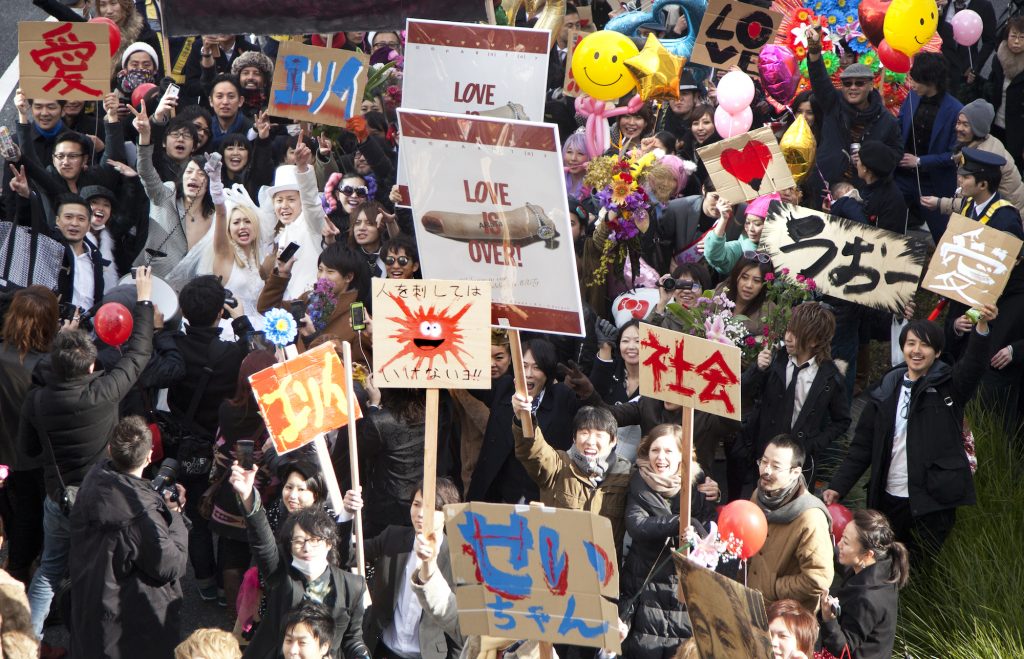 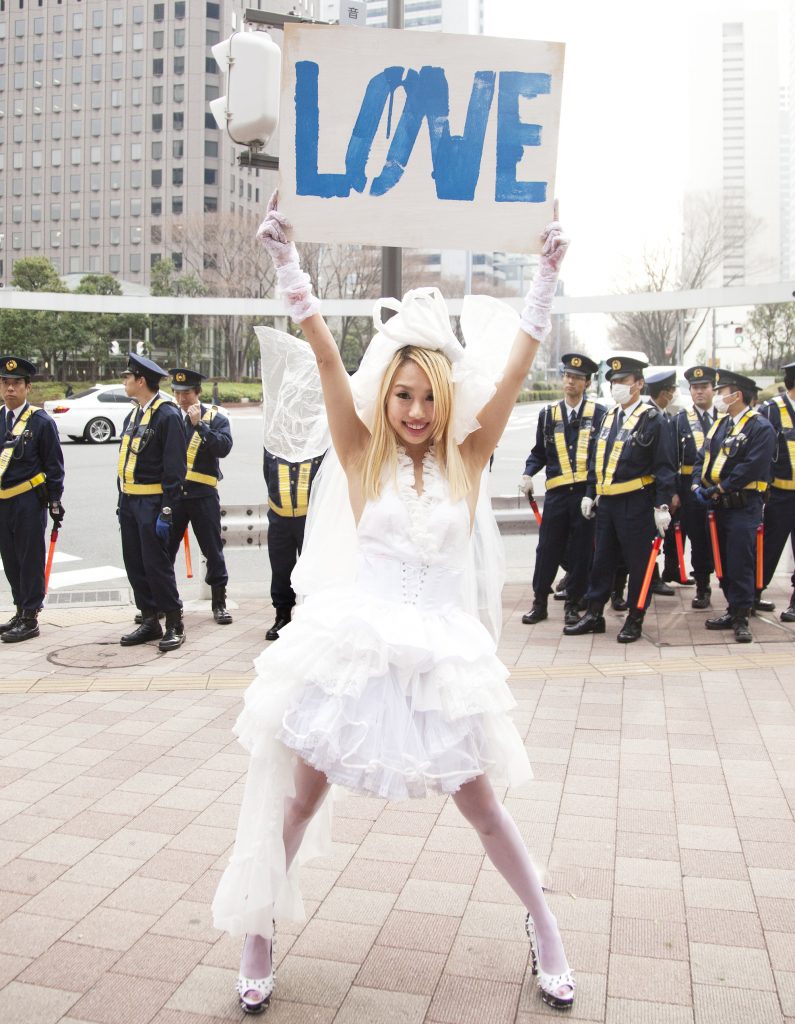 LOVE IS OVER, Photo: Leslie Kee 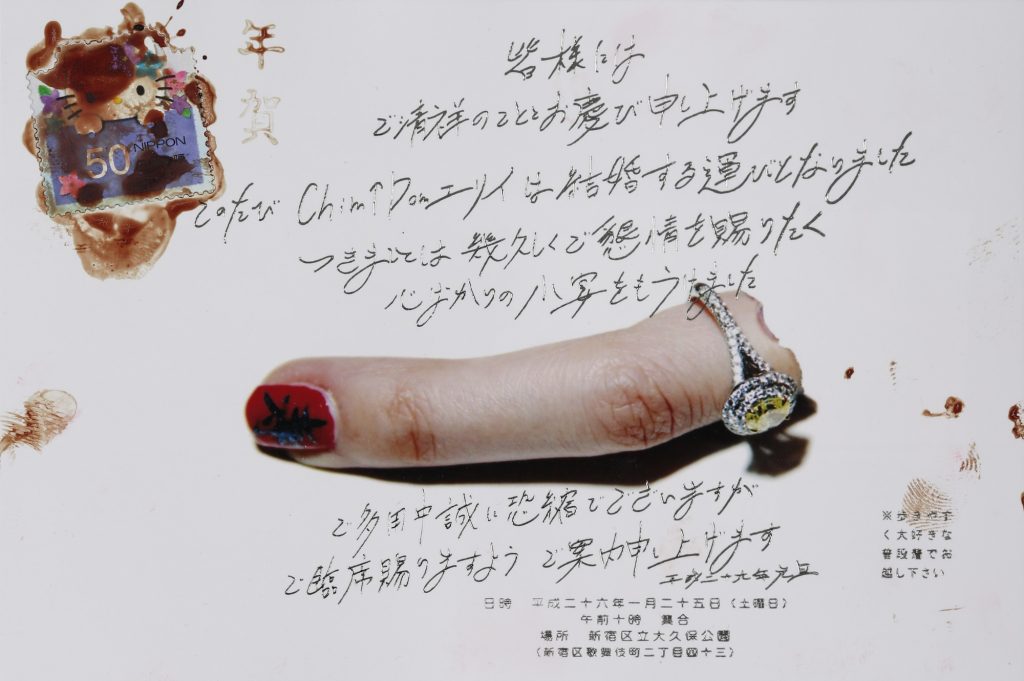 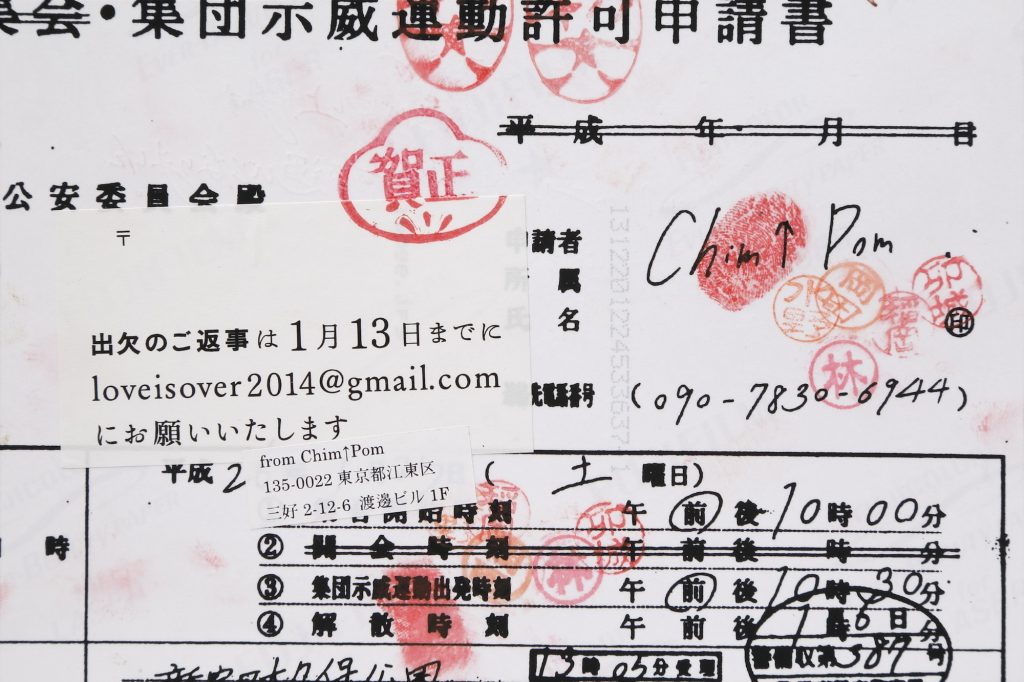 Invitation for LOVE IS OVER Design: Hidenori Yoshioka Photo: Kenji Morita
LOVE IS OVER (2014)

A party and demonstration was held as a wedding reception for Ellie in 2014. Starting around midnight of January 24, the whole crowd took to the streets to march the next morning at half past 10, after drinking all night long at the party reception. The demonstration started at the famous Kabukicho District in Shinjuku, and then headed to West Shinjuku where Robert Indiana’s notable public art LOVE stands. The title LOVE IS OVER, pays homage to John Lennon and Yoko Ono’s “WAR IS OVER!,” with the connotation that the couple will overcome whatever comes along in the future together with the participants. Wedding is essentially a social and public act. The party that morphed into a demonstration was an attempt to draw the boundary between public and private. As a result, various Japanese style elements – the intimate “love” relationship between individuals and society, unspoken public repression towards marriage, demonstration as an act to reclaim public art as a way to disseminate art, the problem of the Entertainment Business Law from the viewpoint of a legal party on the street, the wedding parade held by the royal family as an advertisement of unconditional love, the so called “foxes wedding” as a kind of festival – were visualized under this particular situation of having a demonstration that was guarded by policemen.