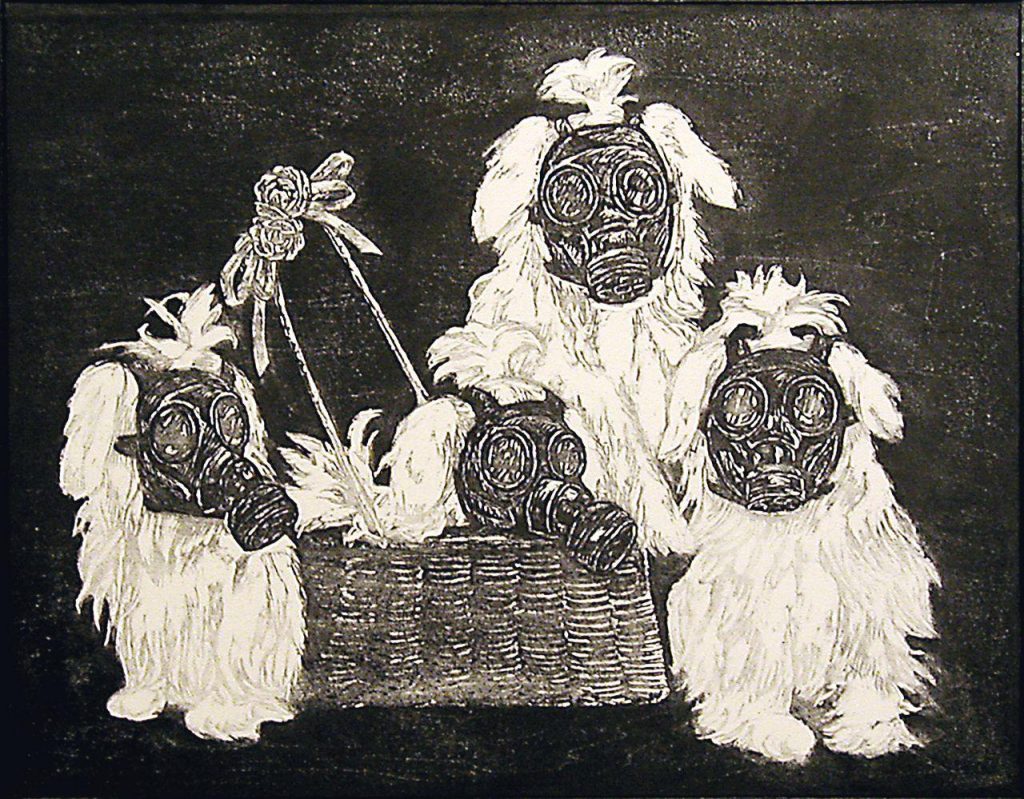 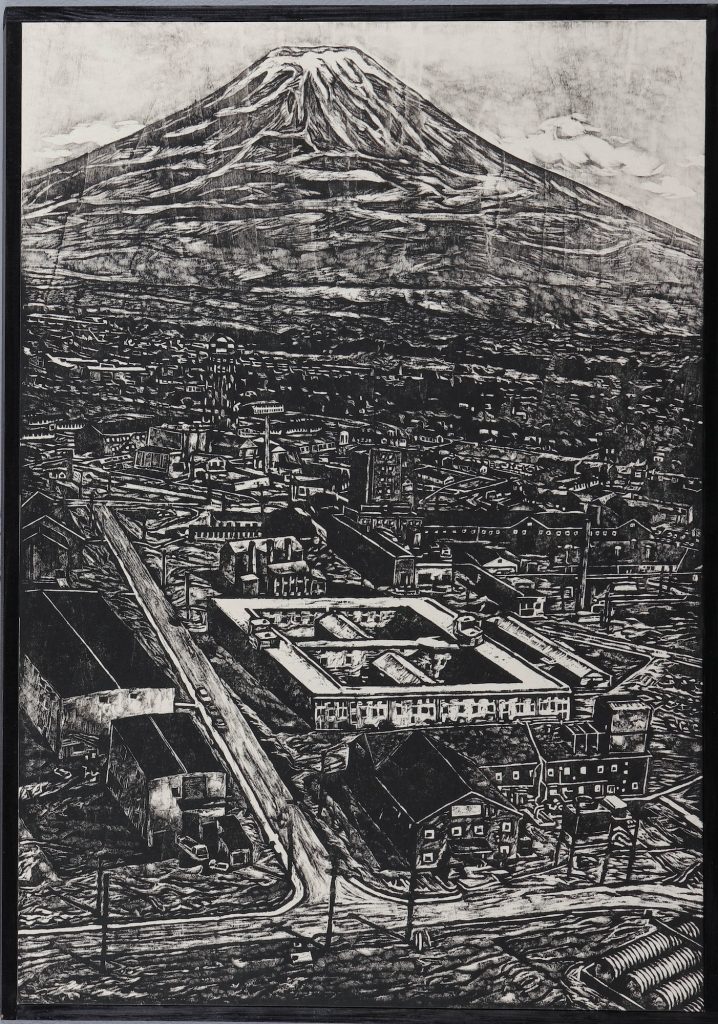 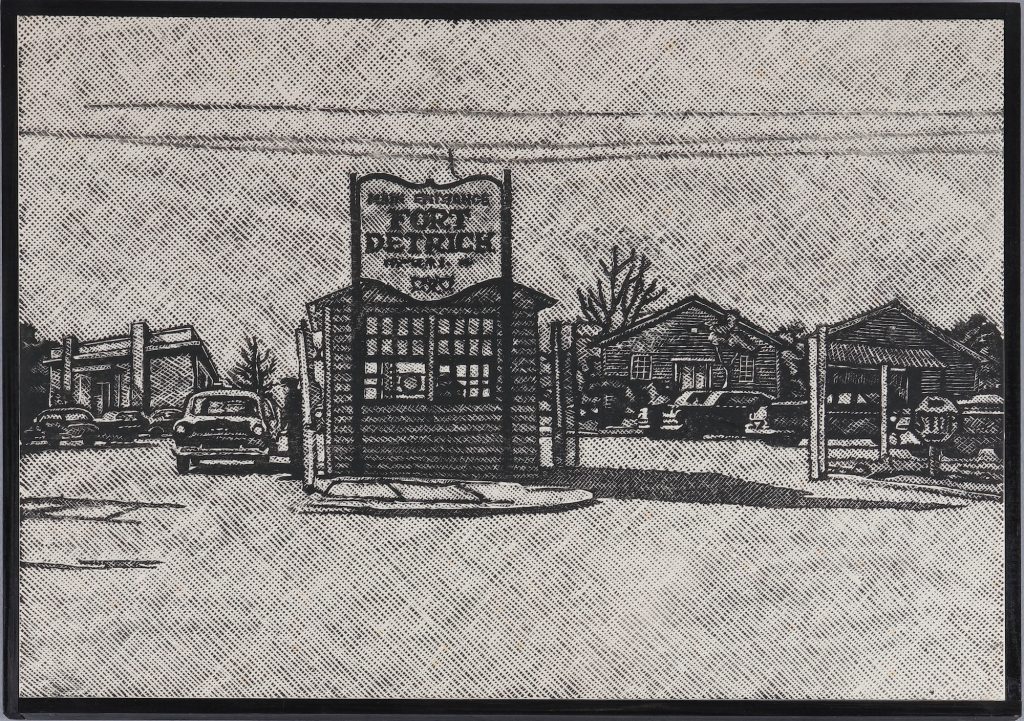 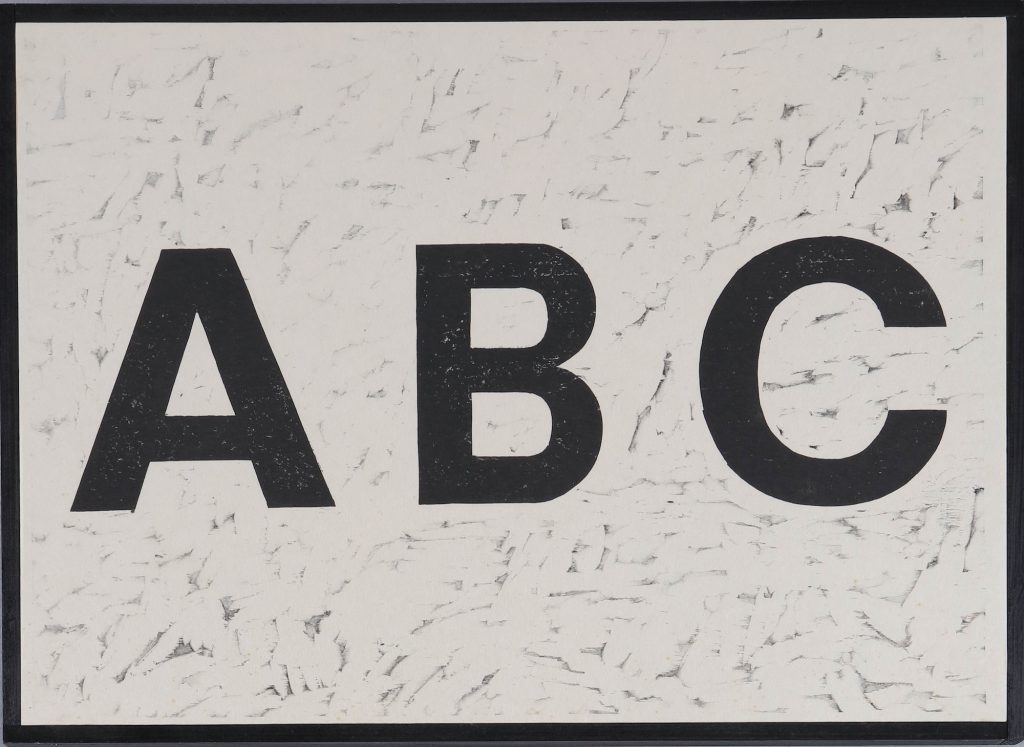 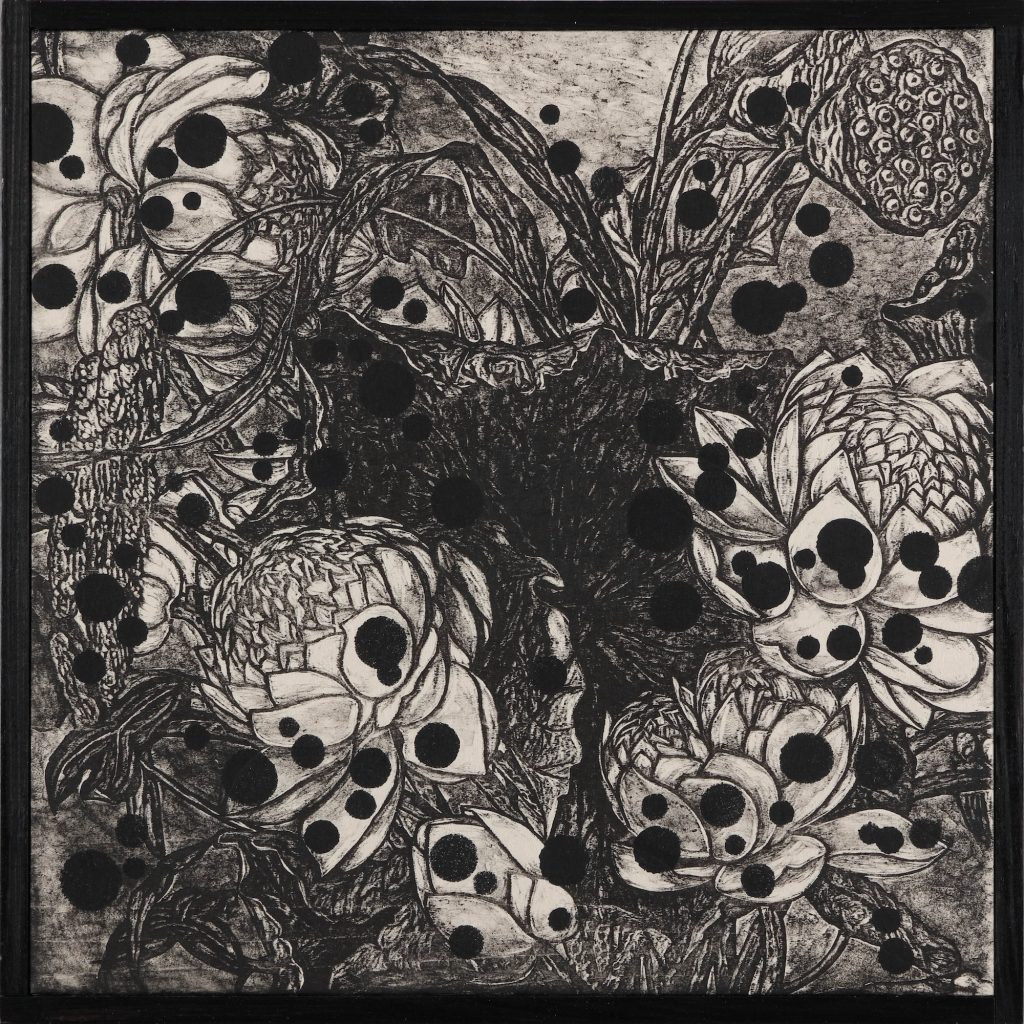 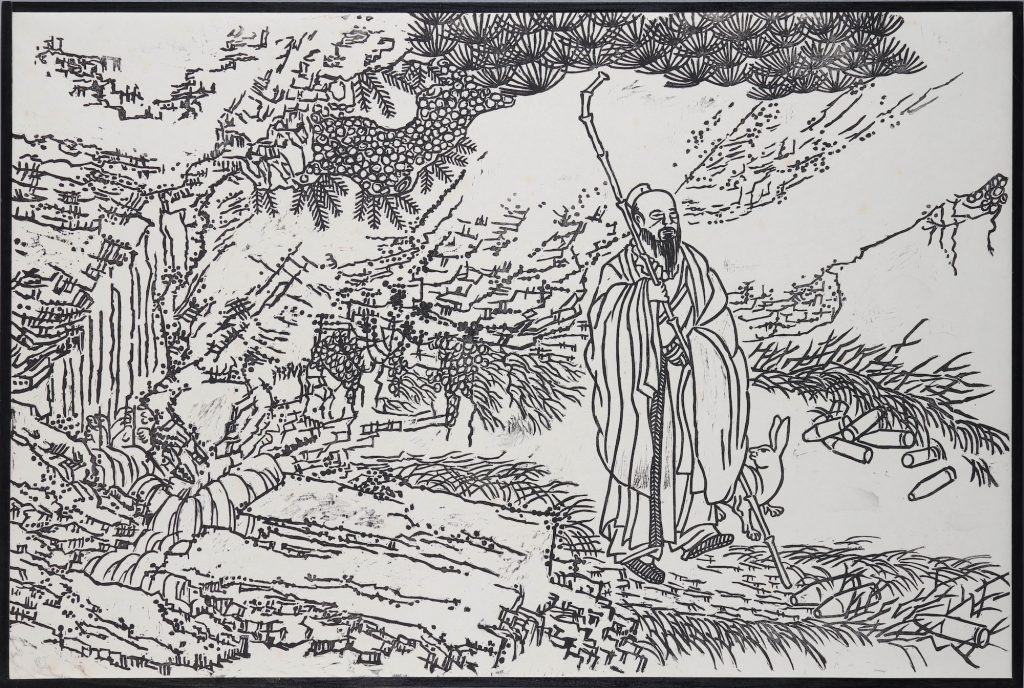 War Pup
Before the Pacific War, people believed that an air raid was an attack dropping mainly gas bombs. At the time, pictures of creepy looking military horse and dog wearing gas masks were used for "air defense postcard." This work shows an example of putting a gas mask on an indoor dog, Maltes.

CAMP731
Combining two facts in the history, Kazama depicts Unit 731 of Japanese army which existed in Harbin, China during wartime in the site where Aum, a cult which conducted biochemical terrorism attack in 1995 had their laboratory to produce Sarin gas.

Noborito Detrick
This work is connecting Japanese army chemical laboratory existed in Noborito, Japan during the war and Fort Detrick in the US which was the center of the U.S. biological weapons program.

Chinese Flower
Stenciled Black dots on woodcut print are reference to the typhoid bacillus which Japanese army sprayed on farm during the war.