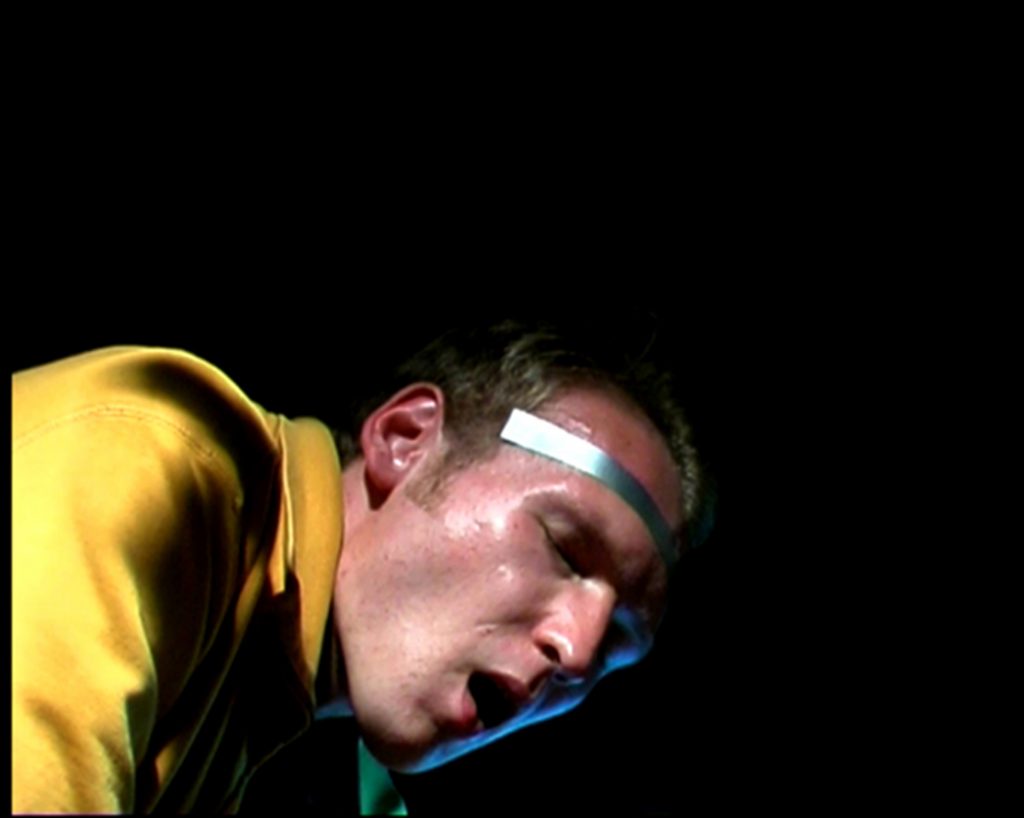 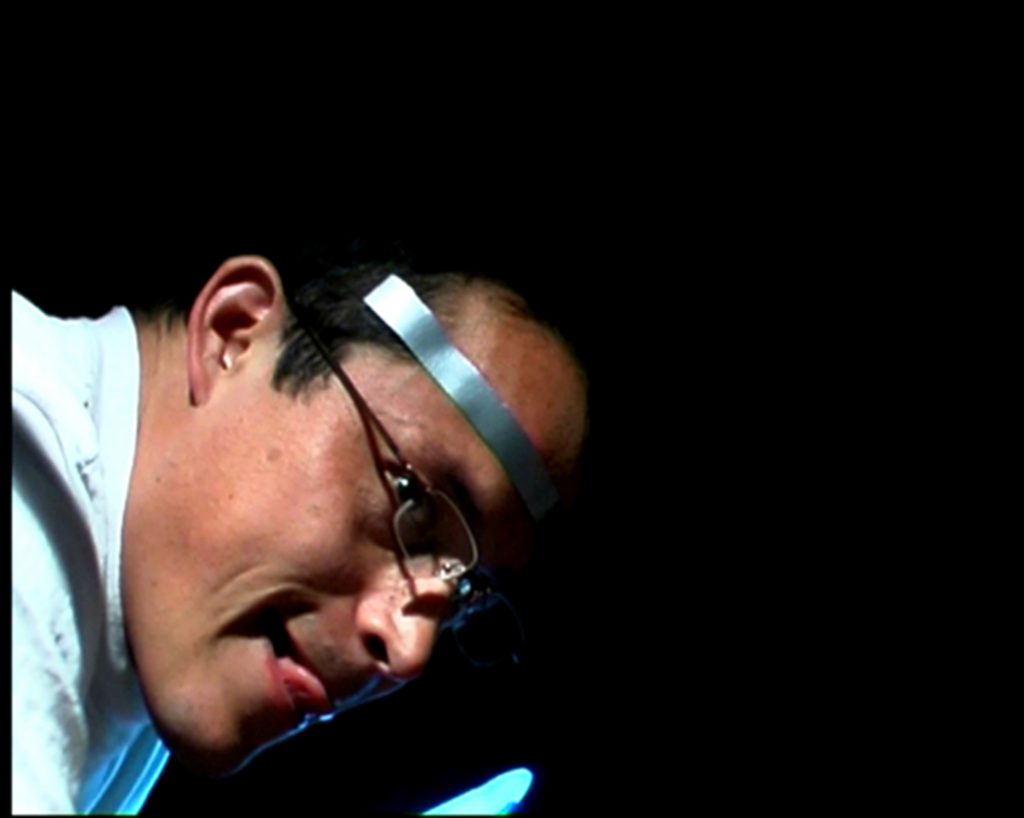 Three men are called to a location that resembles a laboratory, and the artist, standing behind the camera, asks them a question: "Do you want to feel the Freedom of Spirit?" The subjects of the experiment answer in the positive. The men are then ordered to pick up "the stick" that's on the floor and to poke "the thing" with it. The stick doesn't appear on the screen for some time, and all we can hear is the constant, repetitive sound of rubbing. The possibilities of the observer's imagination begin to oddly unfold as "the thing" continues to remain unrevealed.
(from the catalogue of solo exhibition: MAM project: Meiro Koizumi at Mori Art Museum)