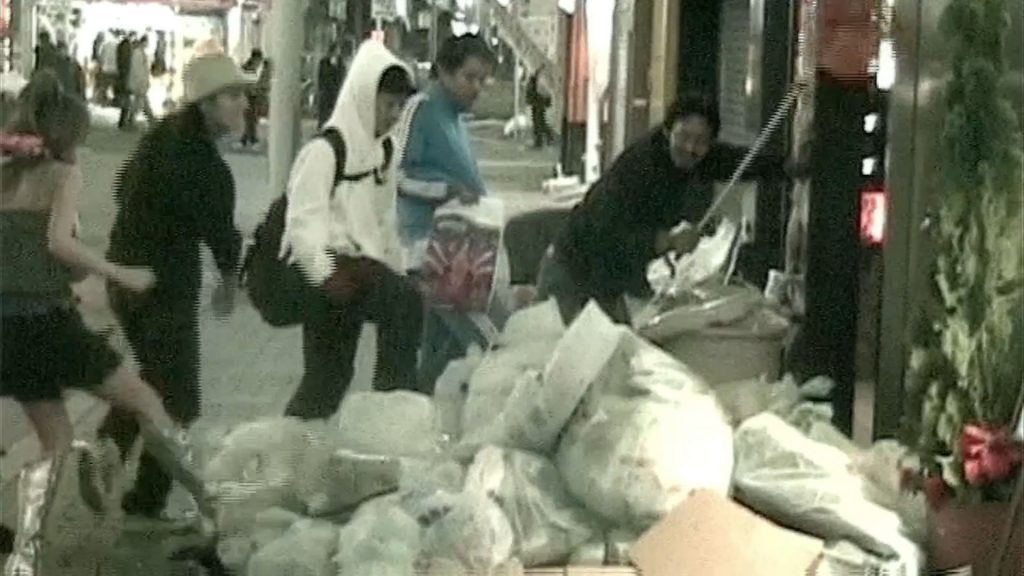 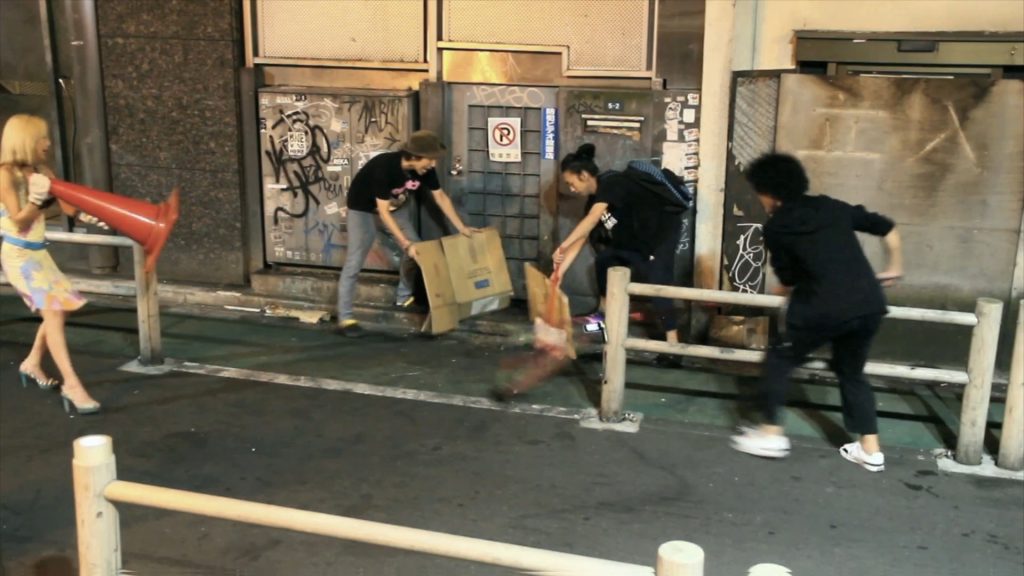 ‘Super Rat’ is a nickname coined by pest controllers for a new breed of poison-immune rat proliferating explosively in urban areas. Chim↑Pom captured some of these Super Rats with a fishing net, had them taxidermied and painted yellow to resemble a popular character, and exhibited them alongside a video of their capture. As Super Rats rapidly evolved in the cities where they co-exist with people, they can be seen as a reflection of ourselves or a metaphor for Japanese people living in the midst of radioactive contamination.