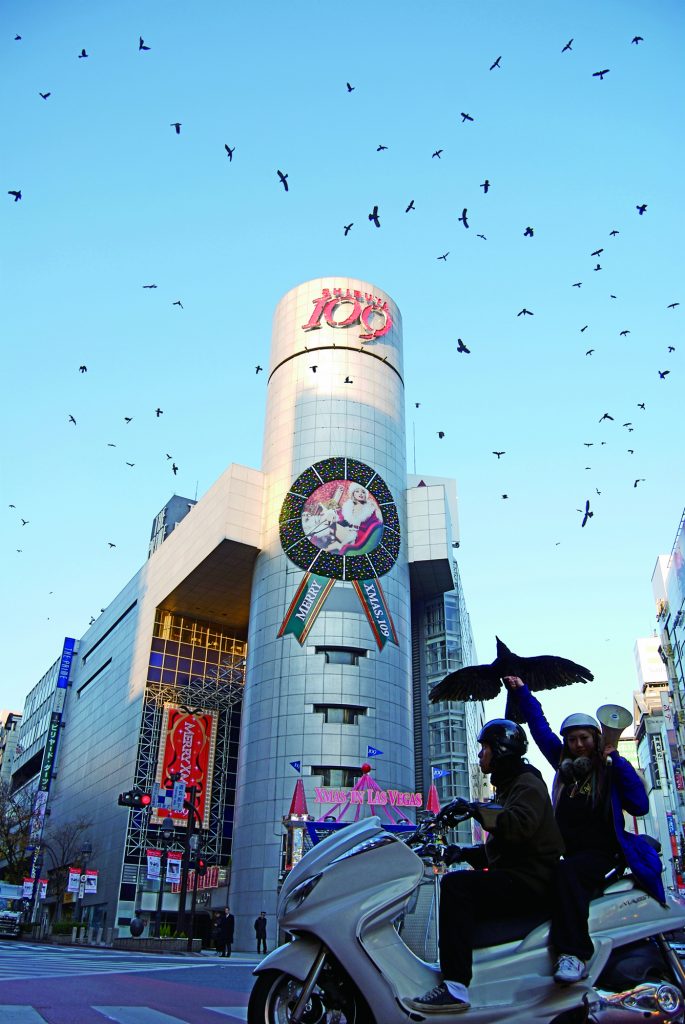 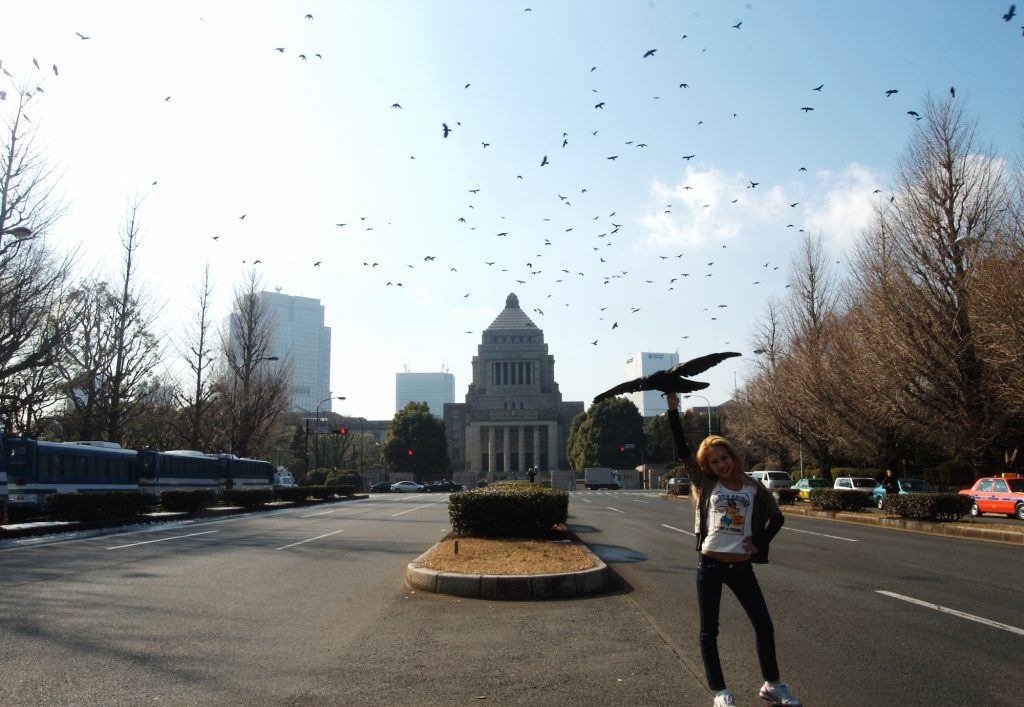 BLACK OF DEATH (above the Diet Building, Nagatacho, Tokyo), 2008 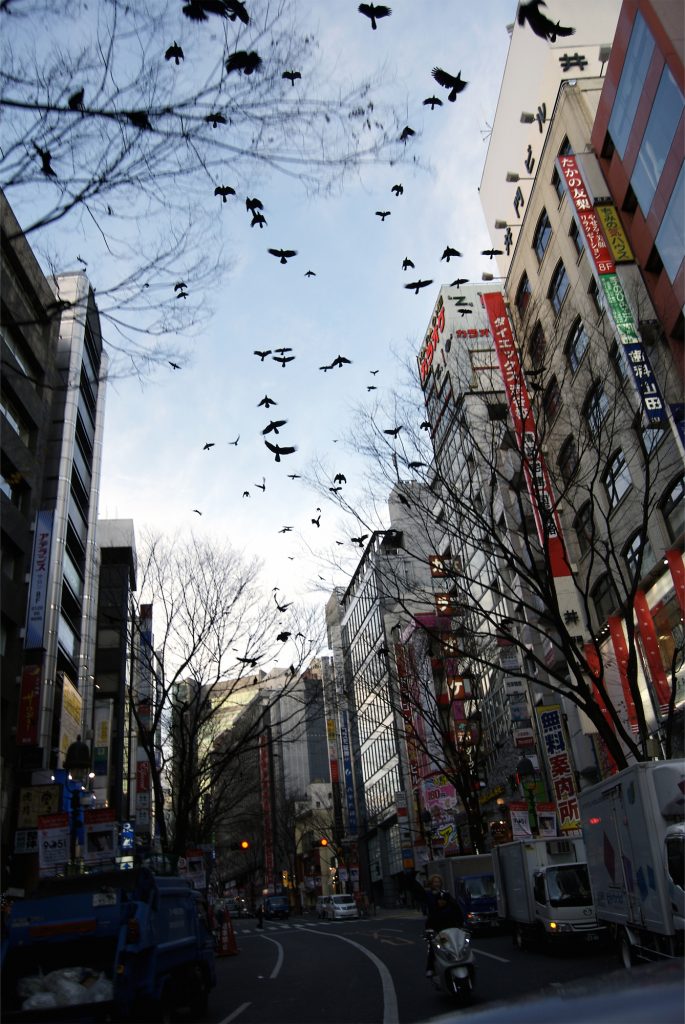 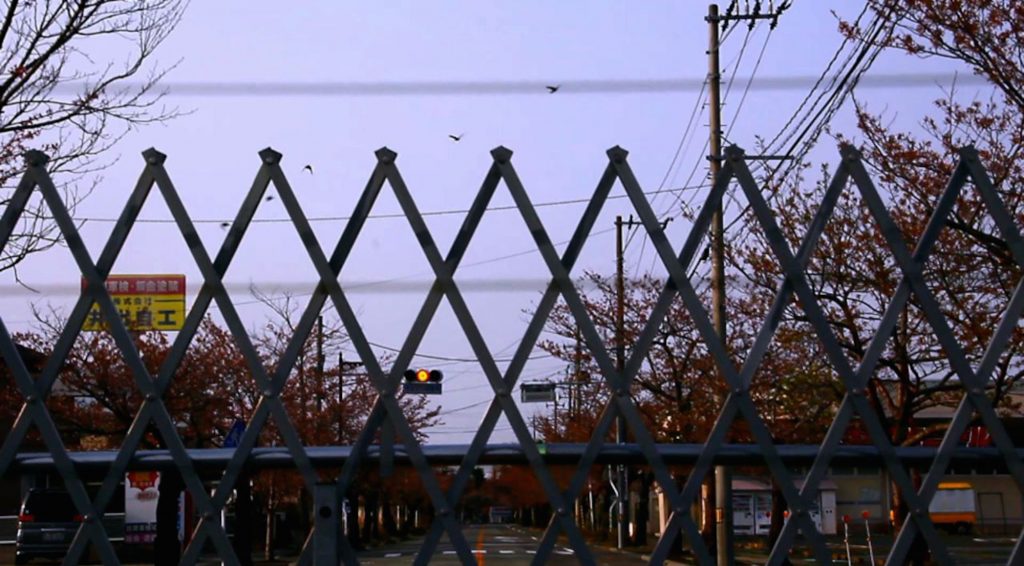 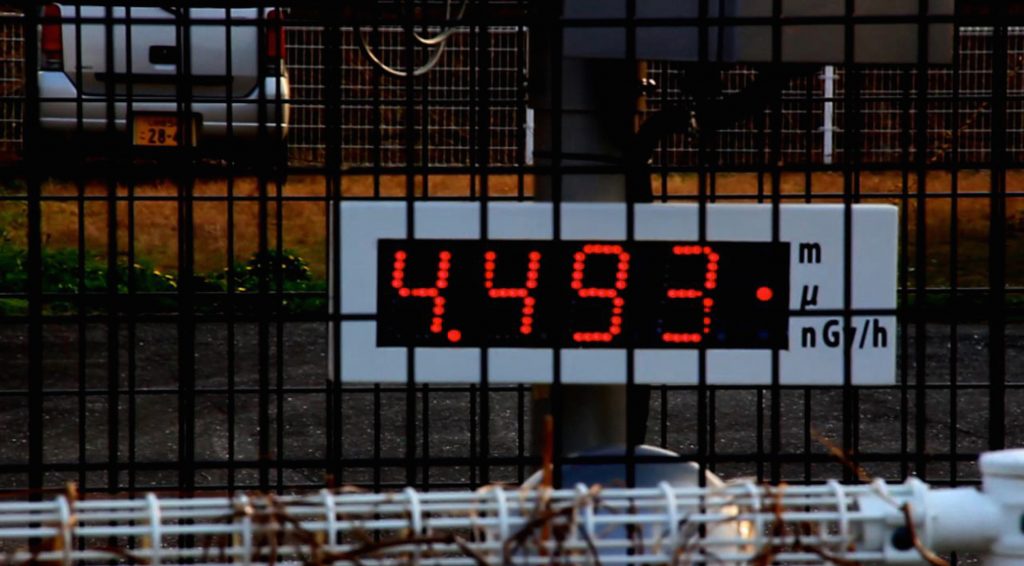 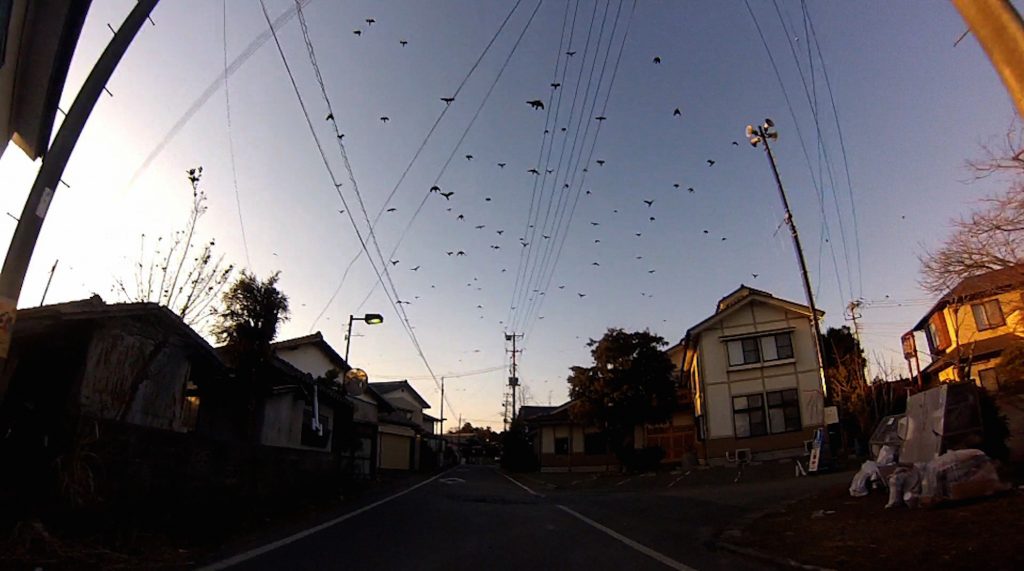 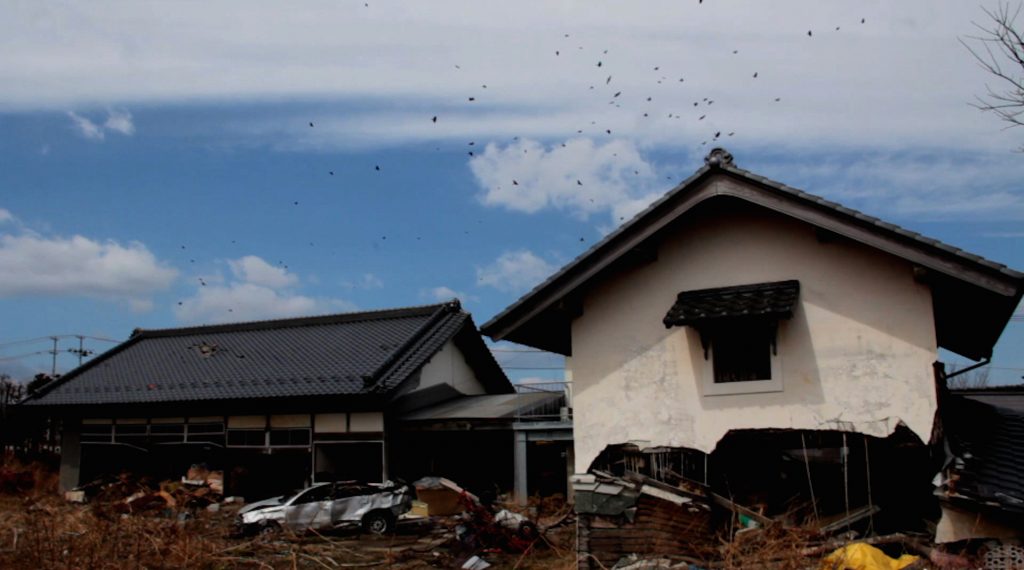 Crows infest all over Japan including Tokyo have been evolving themselves as clever as Super Rats, feeding on food waste and becoming smarter to avoid being exterminated by humans. In the video, Chim↑Pom assembled crows from all quarters, using a stuffed crow and recorded call crows make to summon others for help.
In 2013, Chim↑Pom re-appropriate the idea again and assembled crows proliferated whilst feeding on abandoned livestock in exclusion zone in Fukushima and shepherded them out of the zone.