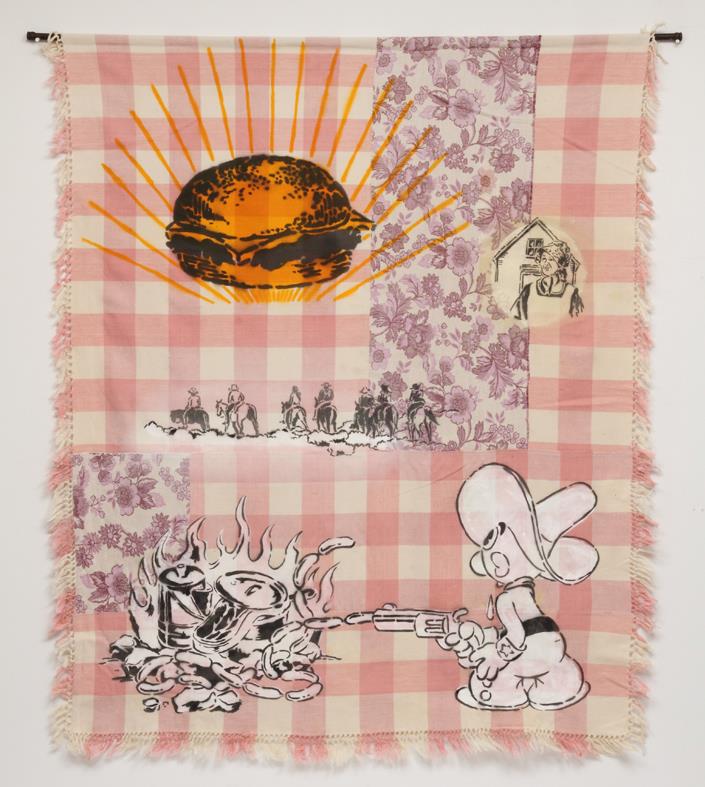 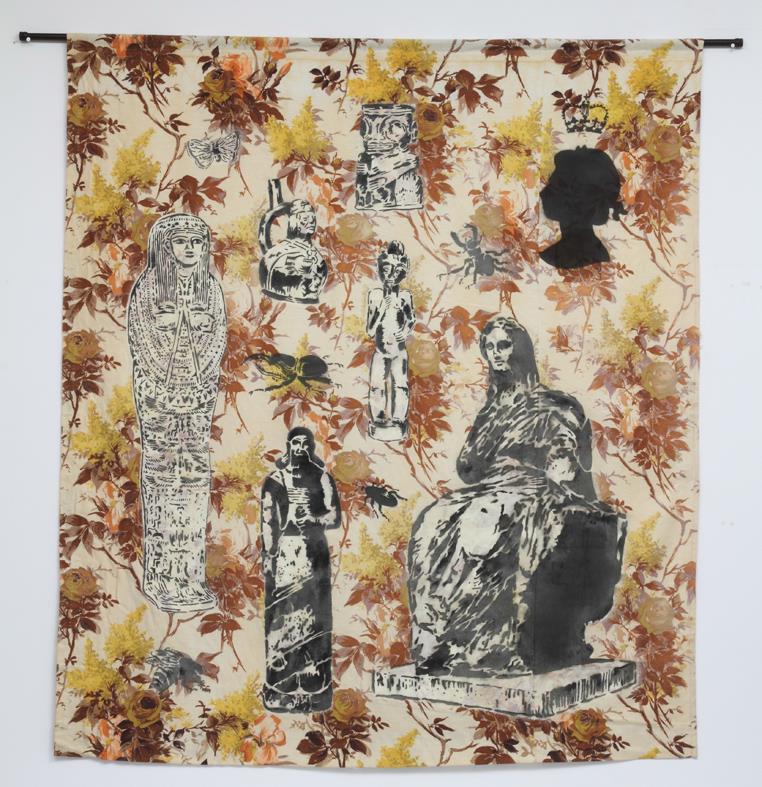 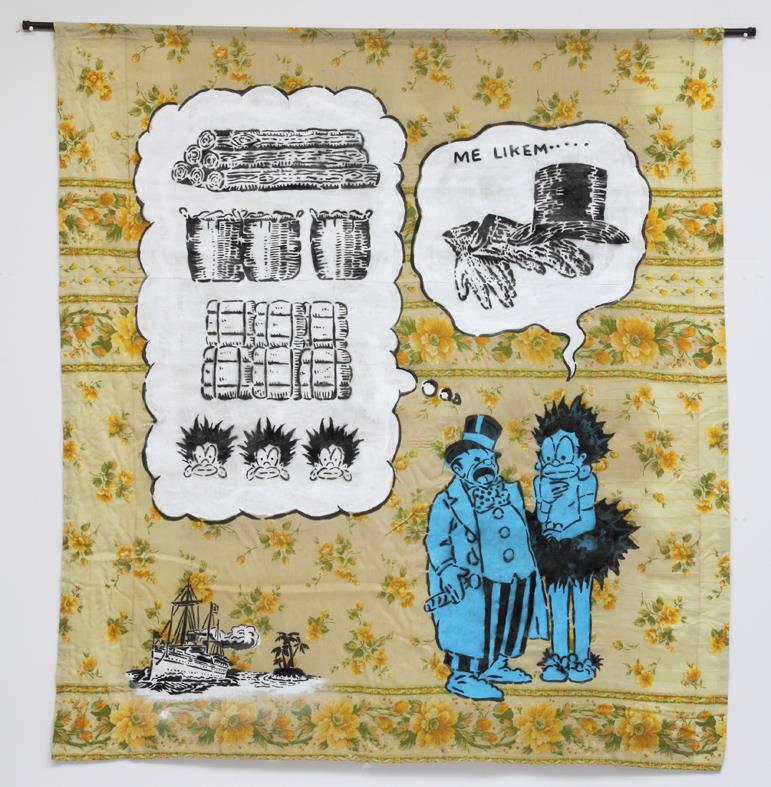 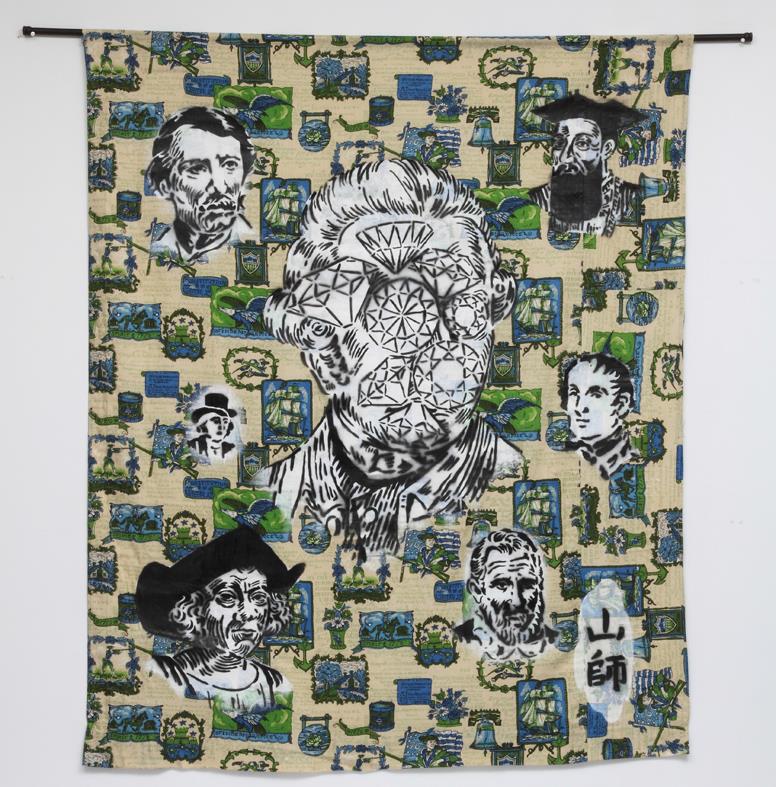 Young America
Unilateral justice of the Western film, and the invasion conducted in the name of the frontier spirit—this innocent cowboy named America believes in heroic gunfighters who are always victorious, and has a dream of dominating the world just like the hamburger chain.

Thief Museum
The portrait of Queen Elizabeth and the collection of the British Museum printed on a domestic flowered textile for family use symbolizes the dignity of Great Britain with its history of looting.

My Cargo
A native is brimming with anticipation of being given Western goods, and a merchant is figuring on how many of them could be brought back as slaves. For this ruthless trading merchant, the human in front of him is merely one of his cargoes.

Global Speculators
The sailing ships printed on a vintage fabric from America represent The Age of Discovery, and the portraits of navigators who are blinded by diamonds symbolize the spirit of global capitalism that has carried through to the present.