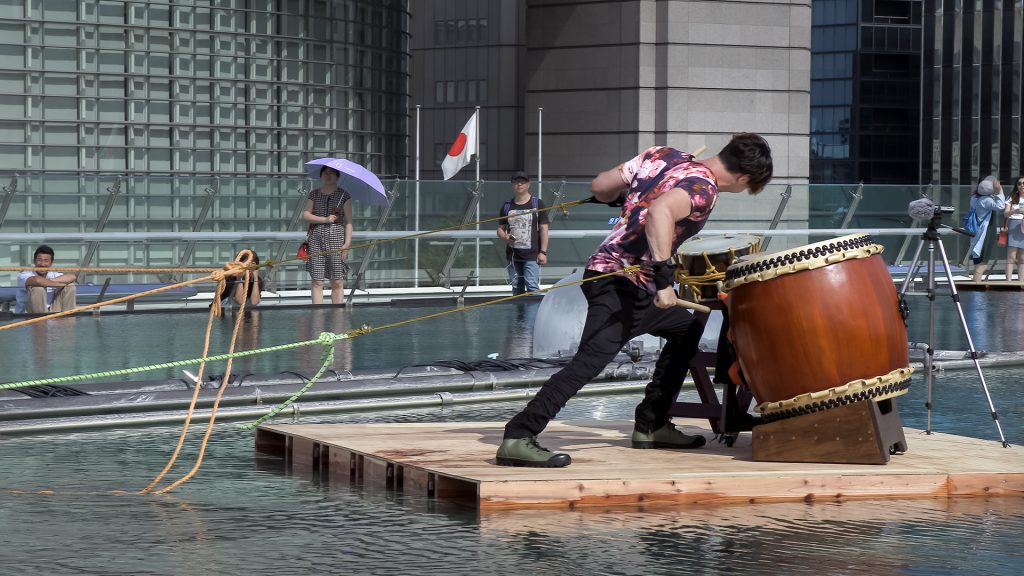 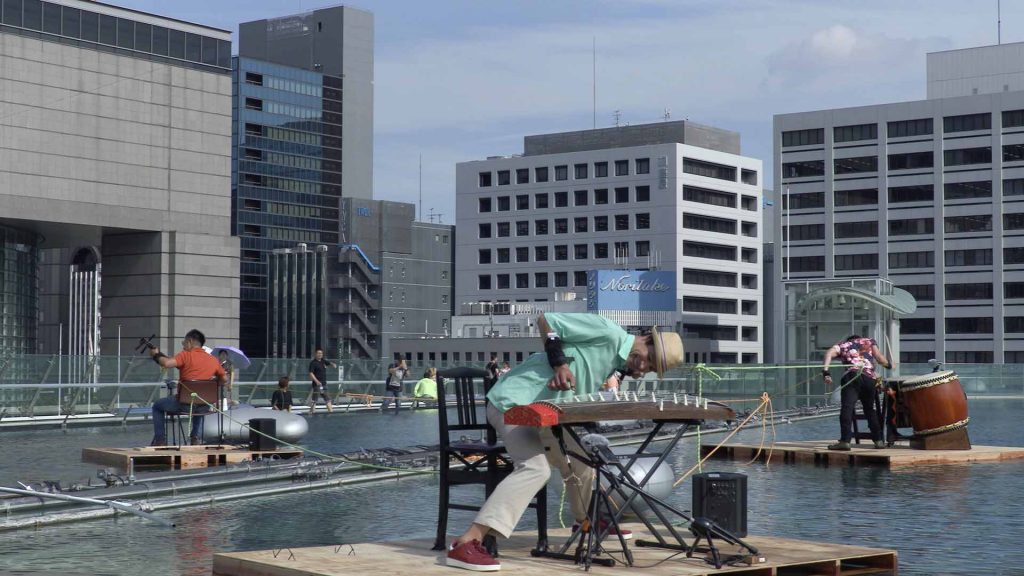 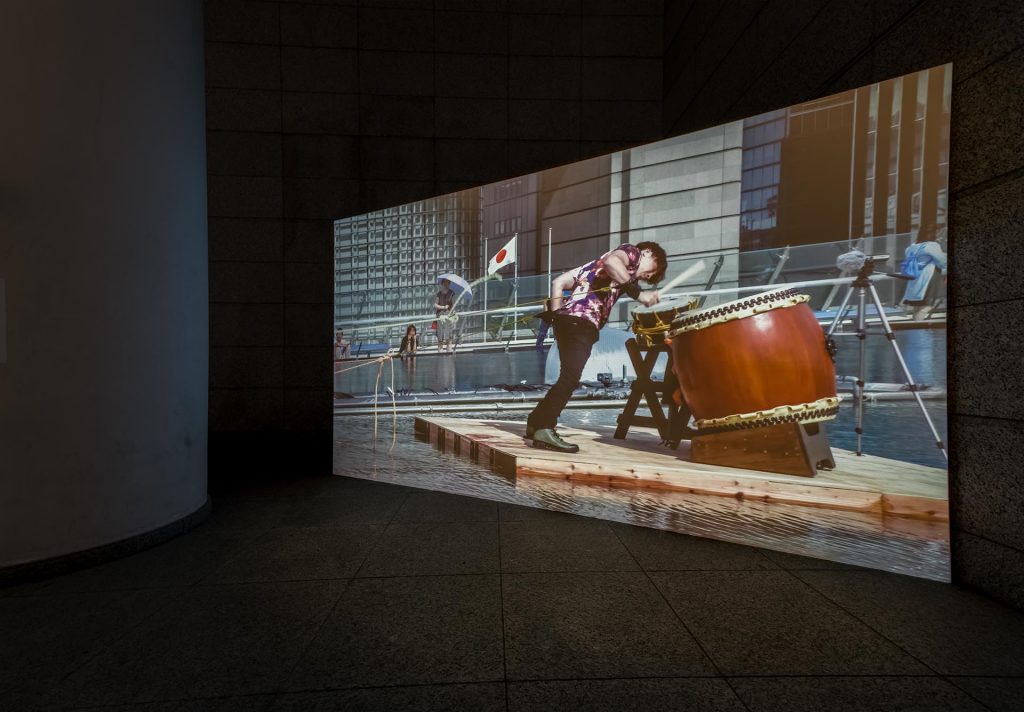 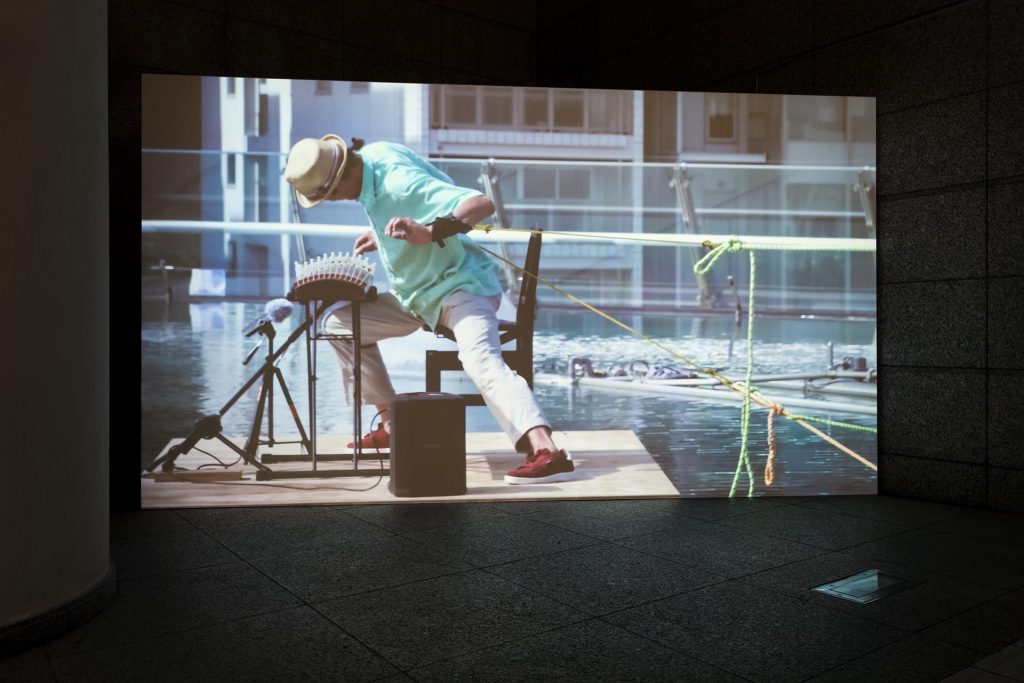 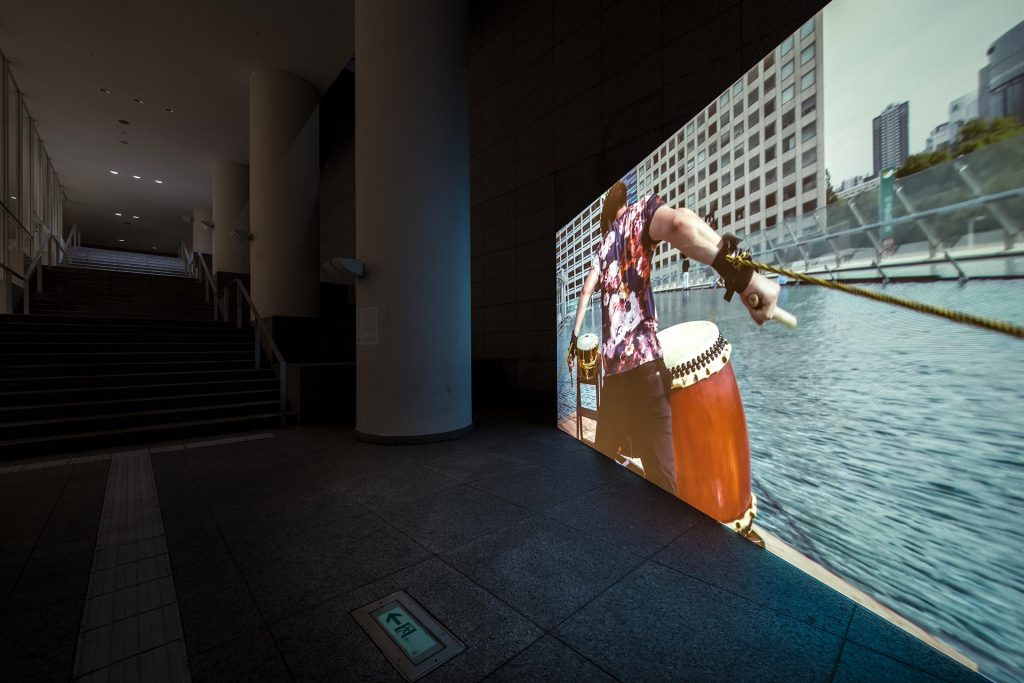 
As Benedict Anderson has shown, national anthems experientially tie together the nation and its citizens.* And, depending on the context in which the anthem is performed, they can also serve to symbolize an era: For example, the roughly fifty thousand participants who, in 1940, together sang “Kimigayo” at the square in front of the Imperial Palace in celebration of the 2,600 anniversary of the accession to the throne of the first emperor of Japan, Jimmu.

In contrast to an orchestra, where the amount of sound increases in proportion to the number of parts, this “Performance Constraint” turns each performer into an obstacle for the others. As the number of performers working against each other increases, the total sound is erased in inverse proportion.

The social bonds that connect us in groups and communities are increasingly strained: the more rigidly we are categorized along the lines of race, nationality, etc., the more we lose our ability to find a common direction or goal. Even though we are constantly connected to others via social media, this connectivity tends to yield unimaginative typecasting and prejudiced aggression. We‒ who live simultaneously across so many different communities‒ must recognize that these online bonds are a form of constriction: While letting us glimpse into others’ lives, they also conversely remind us that we are being watched as well. Through this surveillance and consequent self-censorship, aren’t the weakest voices among us silenced even more? Isn’t the image/information-saturated environment that surrounds us た us into even greater onlookers?

1940‒ a year when the Winter Olympics were to be held in Sapporo, and the Summer Olympics and World Fair to be held in Tokyo (all canceled due to the war) ‒ represented a time of rising nationalism. You can watch video footage of the above-mentioned commemoration on an NHK archive if you search online for Nihon Nyūsu Dai 23 Gō. How much more diverse has the measure of a “Japanese person” become today, strangely in the year before the 2020 Tokyo Olympics, since the narrow image presented at this ceremony in 1940? (Tsubasa Kato, 2019)