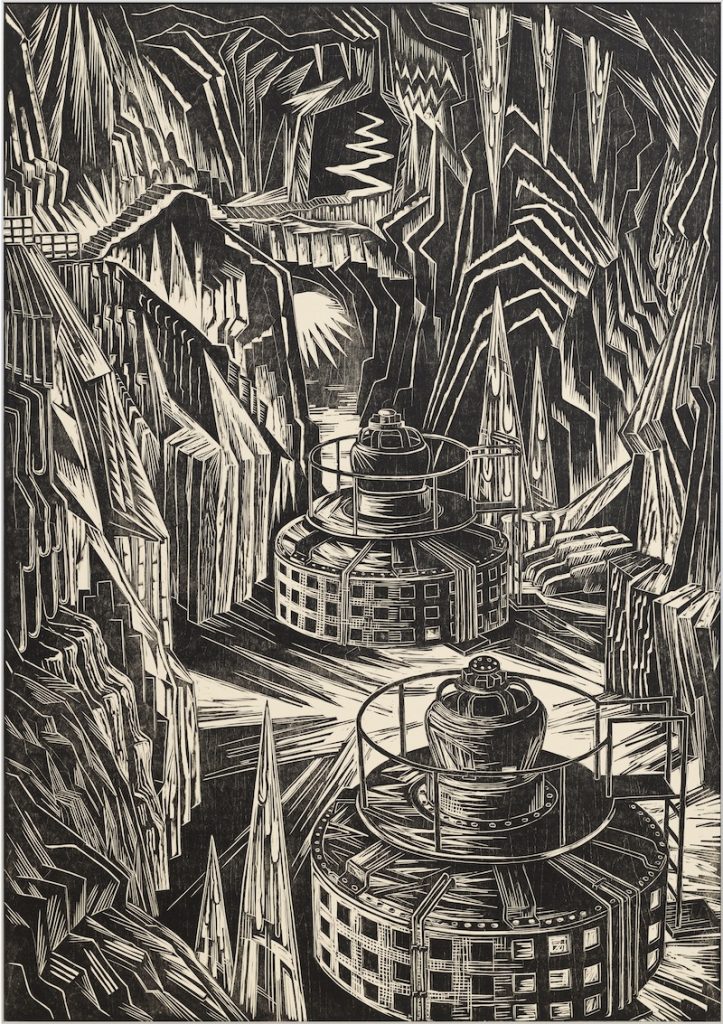 Nibeluheim, the underground kingdom, is a country of dwarves in the music drama. Alberich, the dictator having obtained absolute power with the ring made of the Rhine’s gold, ruled and drove the dwarves extremely hard. The print depicts a mystic solemn space like a limestone-cave, where there are generators. Kazama has imagined the coolness of the tunnel in a developing route, and the working environment in which workers used to be engaged with the construction. The No.4 Hydropower Plant of the Kurobe River which is situated under the ground is one of her images. The depiction of minerals in the cave is carved ‘impromptu’, and its rhythm might have commonality with a musical element of an impromptu like Wagner’s prelude.