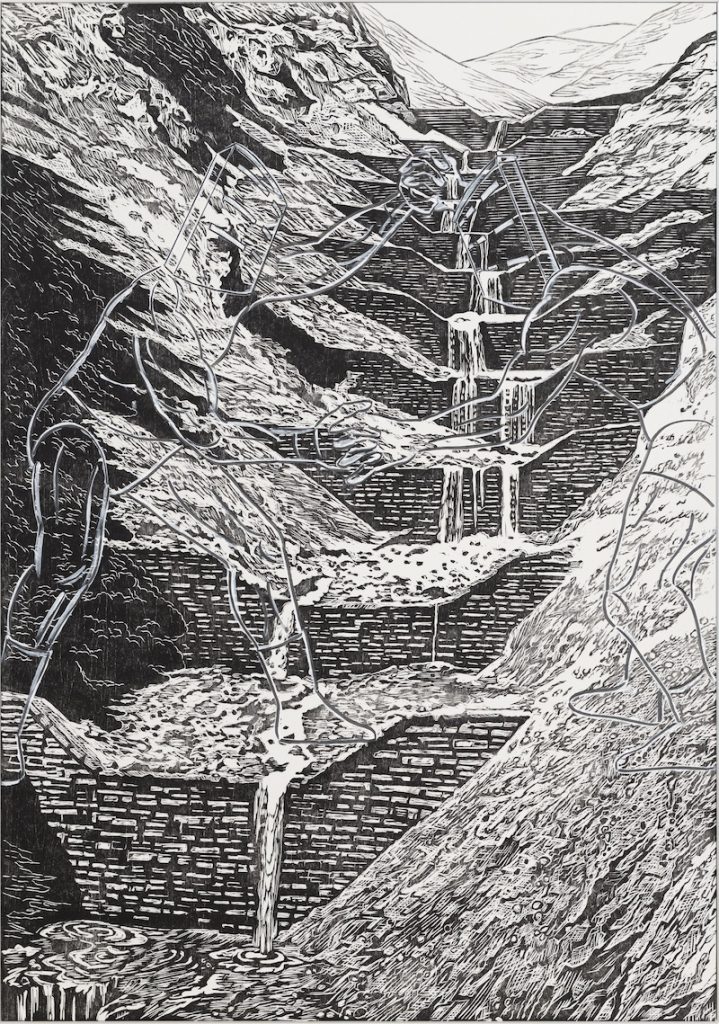 Fasolt and Fafner, the brothers of the Giant Tribe who were ordered to build Walhalla Castle by Wotan, the leader of Gods, received the ring in reward for their work. However, the brothers attempted to kill each other over the cursed ring. In the center of the print the brothers wrestle with each other. This mysterious setting gives us comical impression. A beautifully built sand control dam is seen behind the brothers. This print of a stone-built dam is taken from a civil engineering research journal of Austria where Masao Akagi, ‘the father of the sand control dam’, studied. These two giants’ wrestling reminds us of the struggle between mechanical energy from grappling stones and naturally running earthy sand or the struggle over territories between human beings and nature.
Incidentally, the masks the two are wearing are modeled after the building which stores water gates in the area of the Koyadaira Dam.