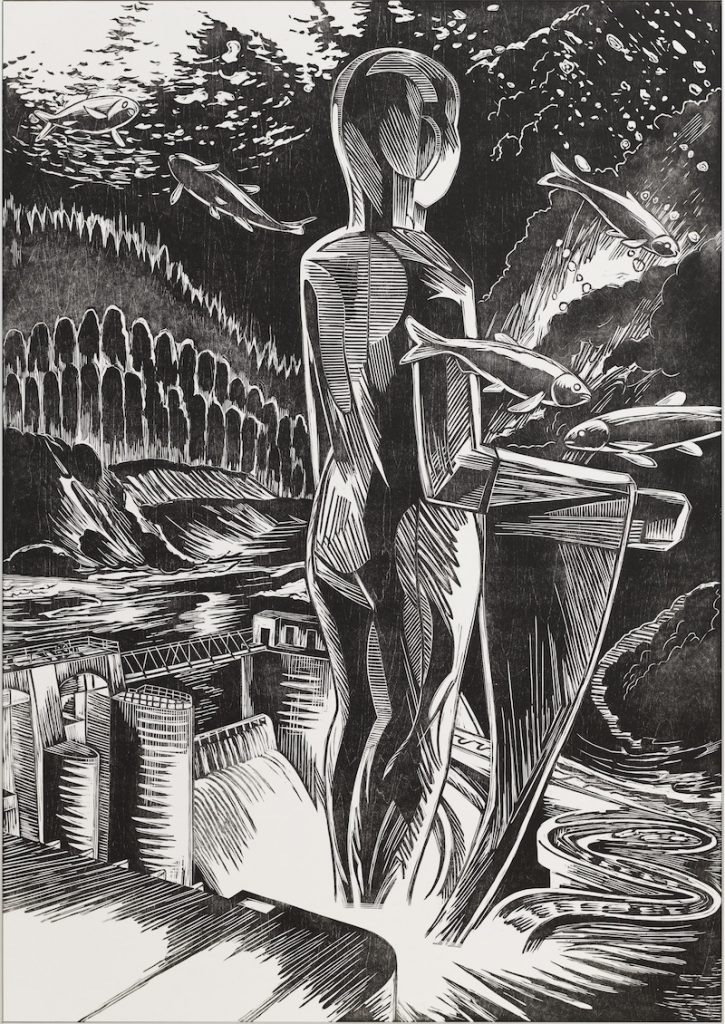 The building sunk in the bottom of the river is the Nekomata Water Intake of the Yanagawara Hydropower Plant, the first genuine hydropower plant of the Kurobe Water System. While fish ladders, on which fish swim upstream with difficulties, meander elegantly, masu-trout swim freely beside the building.
Loreley, a siren of the Rhine River who is sad to be the model of the maiden in the music drama, appears in its center. Just like the legend of disasters caused by treacherous currents, her appearance prophesies ordeals of submergence and landslide. In fact, the Nekomata Valley, where the intake had been built, was badly damaged on the occasion of record breaking local heavy rain in 1995. Moreover, similarities in configuration between Mt. Higashitsurigane in the Nekomata area and Loreley’s mountain of the Rhine River should be paid attention to.