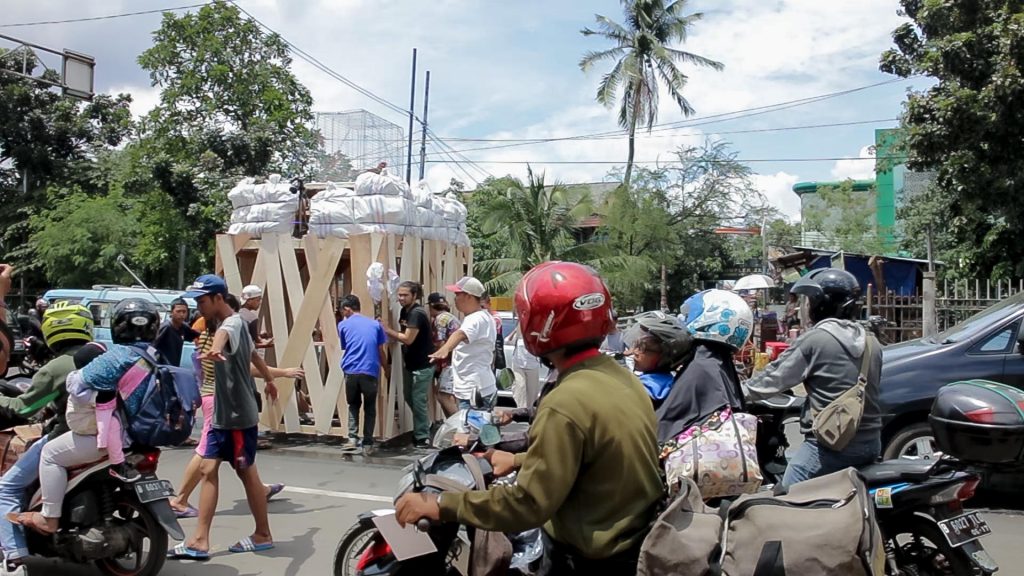 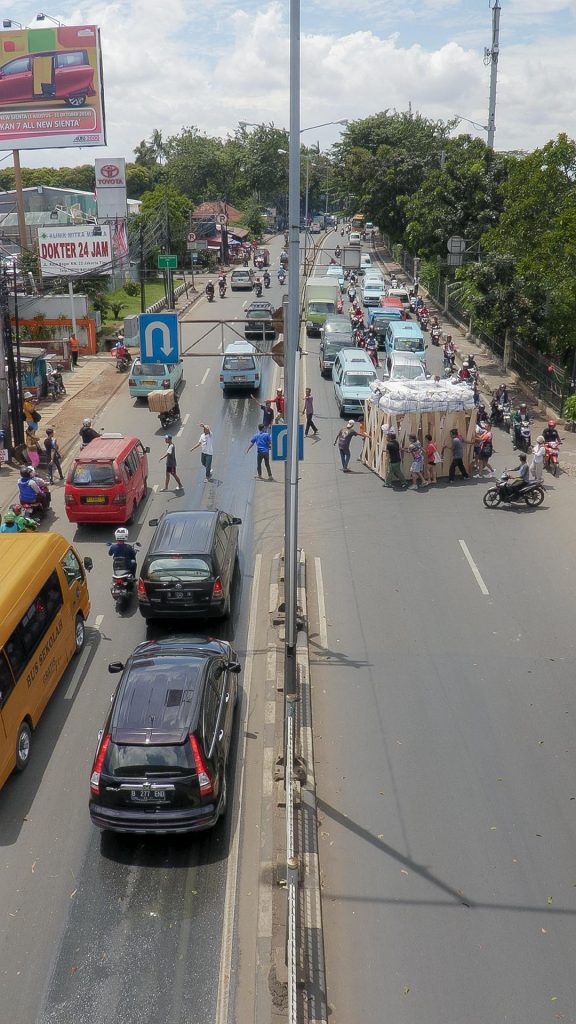 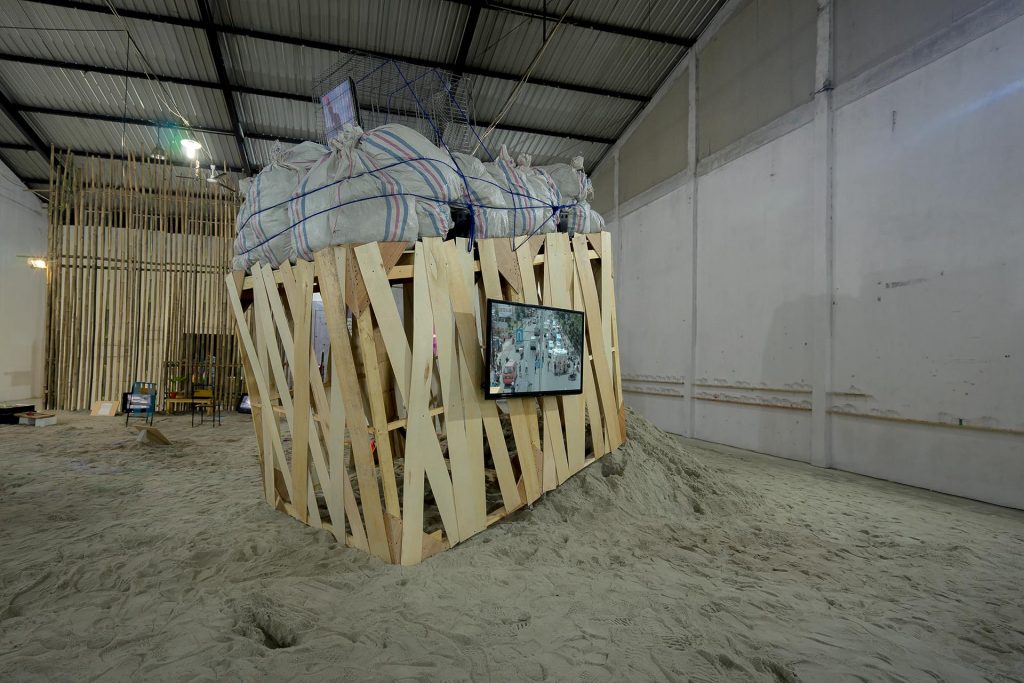 Jakarta: where the streets are clogged every day. It’ s ranked the fourth most congested city in the world behind Bangkok, Mexico and Bucharest.

After gaining independence from the Netherlands, Jakarta developed its economy, but also became overpopulated. It’s now the second biggest Metropolitan area in the world, Tokyo coming in first, with roughly 31,760,000 people.

So why does Tokyo, with even more people than Jakarta, not counted as one of the most congested cities in the world (speaking from personal experience, it’ s pretty horrible)? The difference lies in transportation infrastructure: compared to Tokyo, Jakarta has few traffic signals, and of course many less train and bus lines. Walking from one crosswalk to another on Pasar Minggu Raya, the largest street in Jakarta’s city limits, takes about thirty minutes — inside of the roughly 3km between each, there are no signals or foot bridges.
Instead, at intersections you find the Polisi Cepek (in Indonesian: 100 police). They perform traffic control independently (without being hired by the government or large - scale businesses) in exchange for tips from
pedestrians and drivers. Unlike the systematic operations of signals, the Polisi Cepek aren’t easily described. They range from kids and teenagers to adults. Some make a living from the work and others use it for a little extra money between shifts somewhere else. Tips are precarious too ─ sometimes they don’t get any money for their efforts. The word infrastructure refers to the basic communal institutions or facilities that support society as well as its economic substructure or base. In this sense, the Polisi Cepek form this city’s indeterminate infrastructure. Without them, no one would be able to even cross to the other side of the street.
In 2014, the Indonesian president Joko announced a five year, 50 trillion yen infrastructure development plan to meet three main objectives: infrastructure maintenance, funding social security, and rectifying income disparity. This plan is partially financed by foreign investors (Japan’s Prime Minister Shinzo Abe promised in 2015 to support Indonesia’ s infrastructure development). The effects of such a plan will be far-reaching: As Jakarta’s transportation infrastructure is adjusted, the Polisi Cepek will lose their meaning. Let’s say any organization working with trillions of yen is part of the upper structure. Also, we can call foreign organizations the external structure. These two structures join together to fix the infrastructure on the ground. In short, the upper and external structures penetrate the lower and internal ones ─ I can’ t help but feel there to be a unidirectional, irresistible power vector at work here. For this reason, I thought the least
I could do was to deliver a chicken from the streets of Jakarta to the exhibition space, as a reminder of the possibility of the other vector.