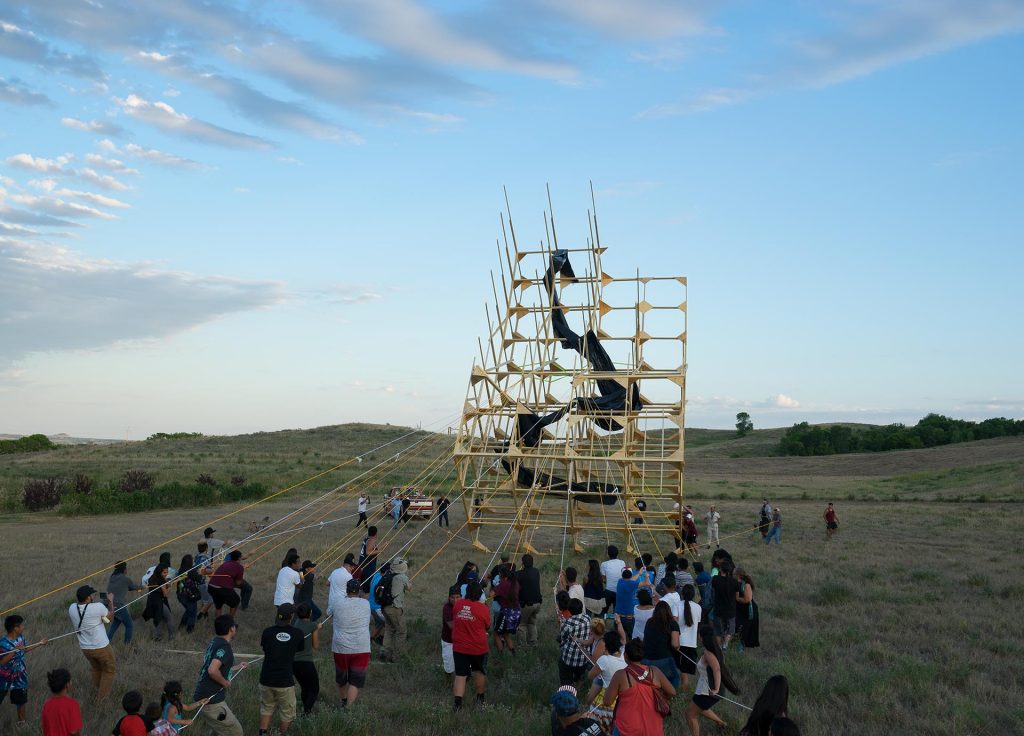 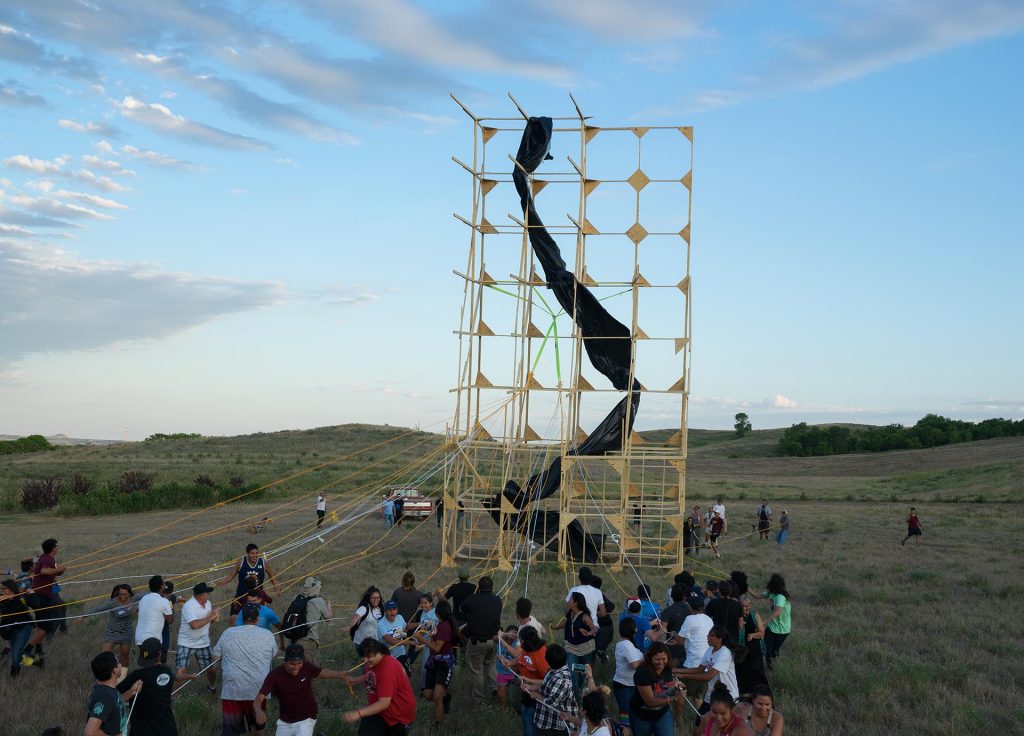 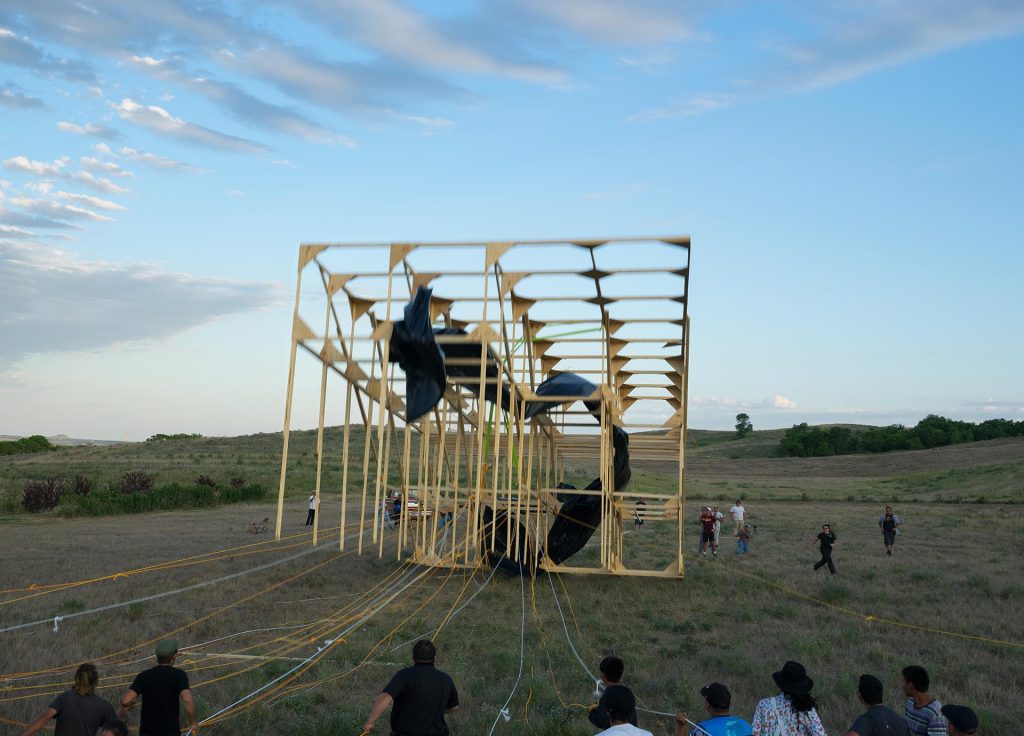 The setting: the Standing Rock reservation in North Dakota, where I created the Mitakuye Oyasin project in 2013. During the 2016-2017 presidential election and through Trump’ s victory, this area became the subject of fierce debates and controversy nationwide over the subject of the Dakota Access Pipeline (DAPL). In April 2016, the Sioux Tribe created a camp here to protest the harmful effects that such an oil pipeline could have on their water sources as well as its violating the US cultural heritage protection law and the Fort Laramie Treaty. Trump supported the pipeline the next month during his campaign, pledging it would create jobs; he also promised its completion. On the other hand, Senator Bernie Sanders publicly pledged his support for the protests in September of the same year. From fall through winter, the topic blew up on social media under the label #NoDAPL, in part from the videos circulated widely of security guards for the construction company and the Department of Public Safety violently deploying water hoses, tear gas and dogs against the protesters. The department also mobilized more than 1,400 soldiers to fill a shortage in manpower. Despite the harsh winter environment and below freezing temperatures, several thousand supporters of the Sioux Tribe gathered there and the protest reached its peak. On November 1st, Obama announced that the US Army Corps of Engineers would investigate the possibility of changing the pipe route. Then, the election began in August and Trump ended up clinching it. In December, the Department of the Army refused to allow the construction to continue and announced it would find an alternative route with the health of the environment in mind. With this, the construction effectively stopped. On January 20th, 2017, however, Trump announced in a presidential order that construction would begin once more on the 24th and that several thousand would be employed as a result. Responding to the president’ s orders, the Department of the Army announced that the oil company Energy Transfer Partners was allowed to continue construction on February 7th. On the
same day, the Sioux Tribe announced they would fight the decision in court over the Department of the Army’s failure to fully evaluate the environmental impact of the pipeline. A protest formed outside the White House on the following day. But, on the 9th, construction resumed - the Sioux Tribe petitioned the federal court to stop the excavation and construction but it threw out the tribe’s case. Citing the possibility of water pollution from frozen trash and human excrement melting into the rivers, the governor called for the camp to be closed. In February, the Department of Public Safety issued an order for the camp to be cleared and the remaining protesters to be arrested. Since this battle began, over 700 people have been arrested. It took over 230 trucks to clear away the mountains of trash, tents and excrement left behind by the protesters - the ground is still littered with bits and pieces of trash that fell from the trucks as they left the site. Visiting the camp in March, we began our project by collecting this trash.