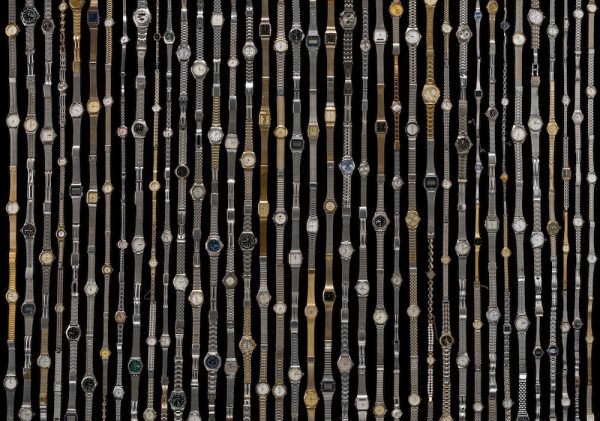 ※ We are not holding opening reception for the exhibition.
※ The opening schedule is subject to change depends on the circumstance with Covid-19. Please check the website before visiting.

The exhibition marks the artist’s 10th solo presentation at the gallery since his previous exhibition three years ago.
In this exhibition, Yagi will present a group of new works created based on Yagi’s thoughts on time from 2020 to the present, when the world has been tossed about by Covid-19.

For the past year, when we were forced to refrain from going out and asked self-imposed control on business due to the declaration of a state of emergency and measures to prevent the spread of Covid-19, some felt as if time has stopped, and some felt that the passing of time is slower than usual. Yagi started to work on the new works from the perspective that the existence of time may have differed from person to person, such as those who felt that the time has passed in a blink of an eye and those who felt that 2020 did not exist at all.
The artist himself says that he sees that change of the flow of time positively.
He has been able to take time to contemplate, which is a change from before when he had to make decisions quickly as if he were competing with time.

Yagi has continued to make time-themed works since his debut, but this time amid pandemic, he had an idea that many different times may exist in parallel, not only the variety of time perception and time evaluation. He has taken “Taro Urashima” a protagonist of Japanese fairy tale who returned from undersea 300 years later from his disappearance as a symbol of the concept of time and has considered the concept from various angles.

The exhibition features series of new works such as “Time Signal,” an installation work with sound to capture time as something that can be experienced, a photographic work “Framed Time” that visually cuts out time with a clock as a motif, and “Everyone has different time” that visualizes individuals have different time in parallel, and “TODAY -10”, a programming work that revives “Taro Urashima” experience that brings back the past to the present. He tries various different approaches to “time” such as “Elephant” which visualizes the accumulation of time.
Lyota Yagi’s thoughts on time, which are rich in variety, will be reproduced as a multifaceted installation in a gallery space.
We hope that you will experience each “time” visually and audibly at the venue.

Time dilation in special relativity theory is called the “Urashima effect” in science fiction terms.
The “Urashima effect” comes from the story of the fairy tale “Taro Urashima”. The story of Taro Urashima was reorganized as a modern version with a moral lesson from the Meiji era to the Showa era, but it was an interesting local lore when I traced it back.
According to the “Tango no kuni Fudoki” (The records of Tango Province), when Taro Urashima (Shimako Tsutsukawa) was fishing on a boat, he caught a five-colored turtle, which transformed into a beautiful woman. It is said that 300 years have passed when he returned to the ground after living with her in Mt. Horai (paradise) for about three years. The children greeted at Mt. Horai are the stars called the Pleiades and Hyades in Taurus. The interstellar distance from the earth is about 150 light-years, which is a calculation that causes a delay of 300 years in the round trip from the earth, which matches the passage of time in the tale. So, it would be possible to hypothesize that Taro Urashima traveled to space instead of underwater.

In this exhibition, with the story of Taro Urashima in the background, I created the works with the motif of the time we have (the clock that made the time possessable).
From a microscopic point of view, as a result of the Lorentz transformation *, the way the time progresses differs depending on the observer, and the way one person owns the time progresses differently. Also, from a macro perspective, I feel that “the present time” does not exist, just as the light of a distant star arrives with a delay. The more you think about time itself, the more you start to doubt its existence, which is detailed in Carlo Rovelli’s The Order of Time.
By expressing such variations of “time” through actual production, I am pondering the transformation of time.