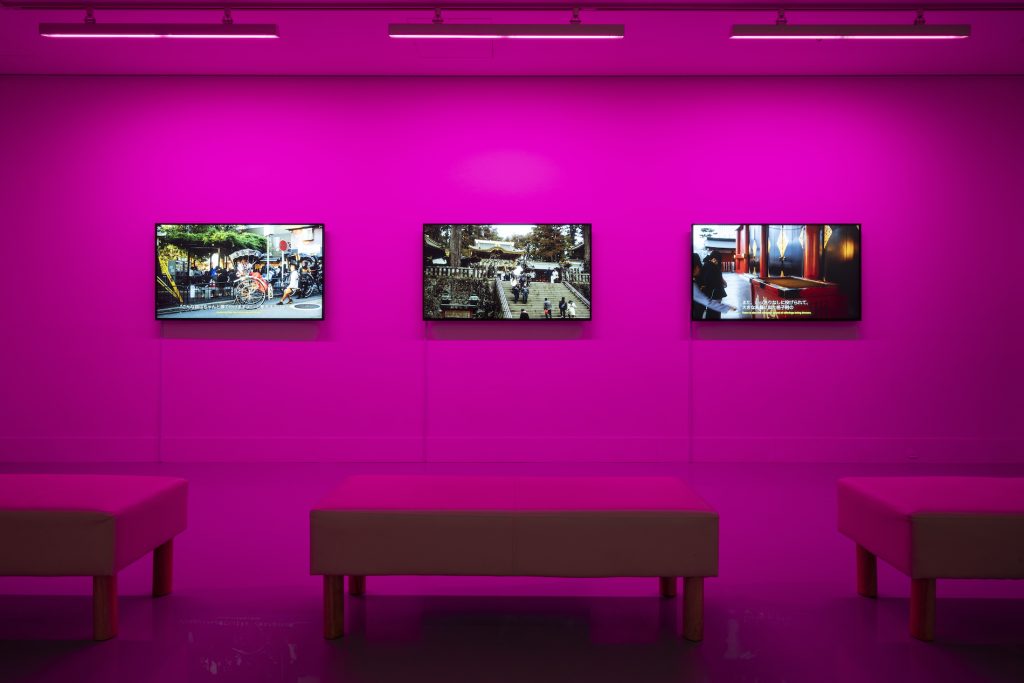 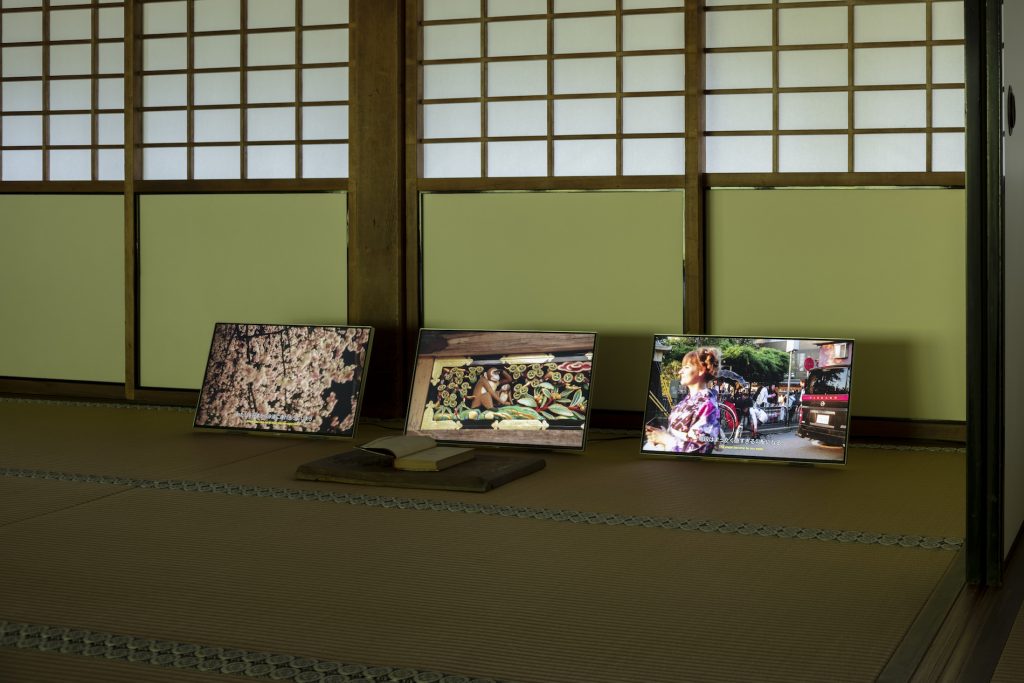 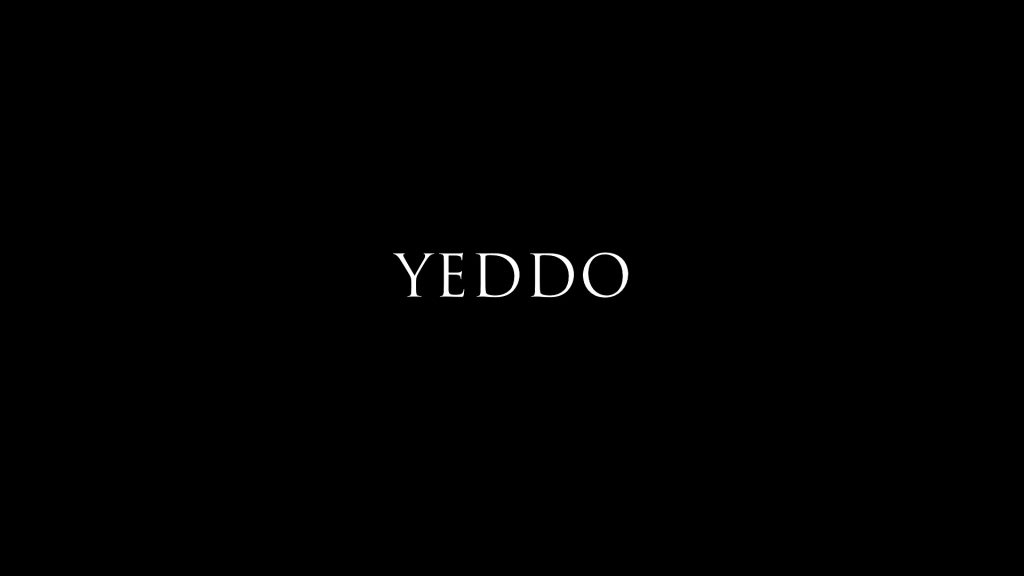 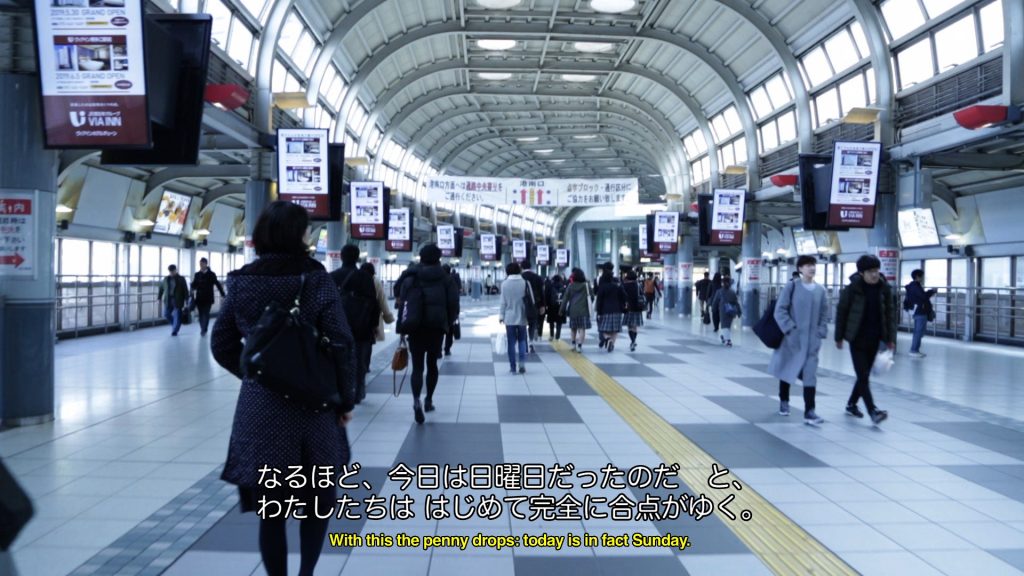 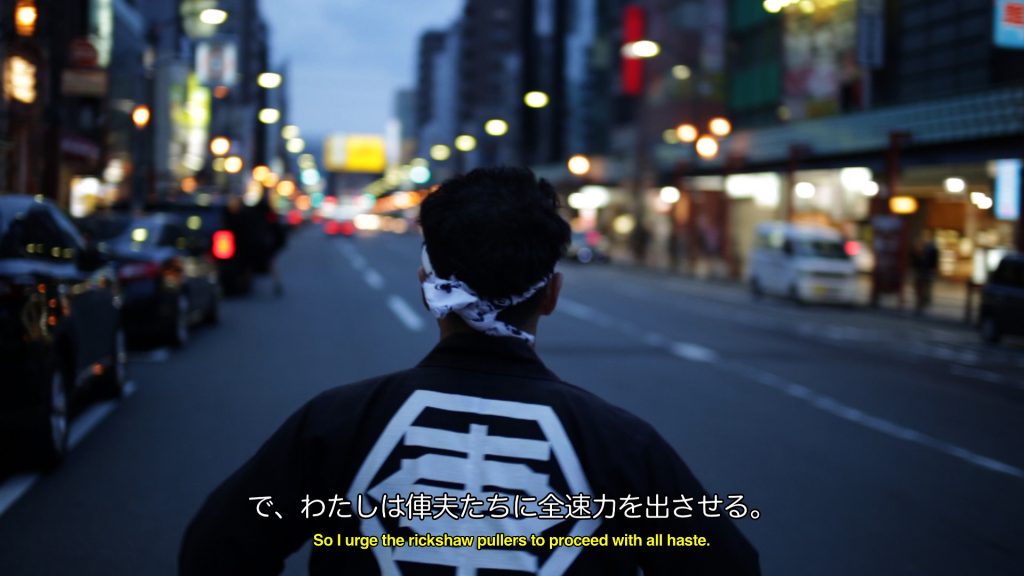 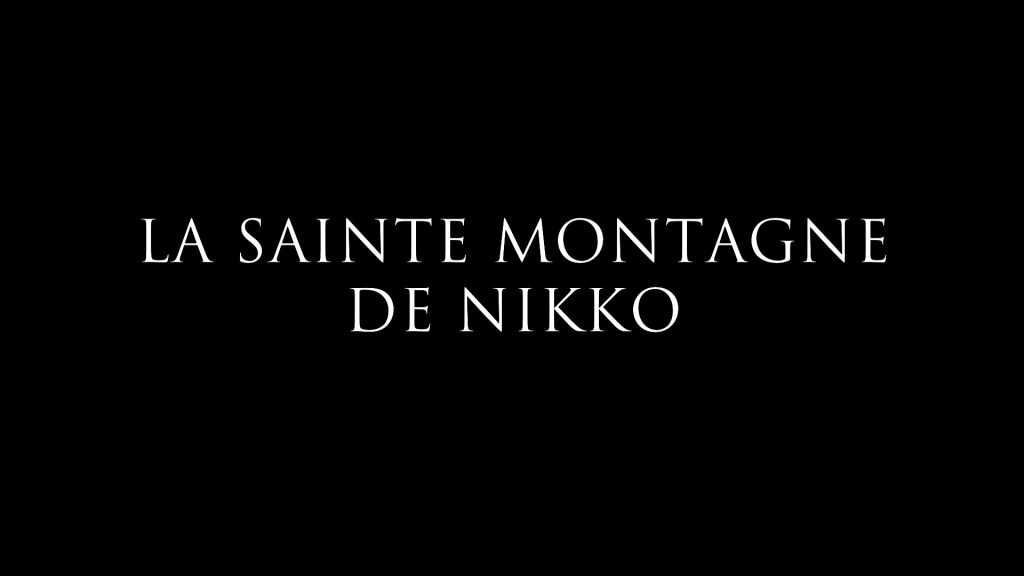 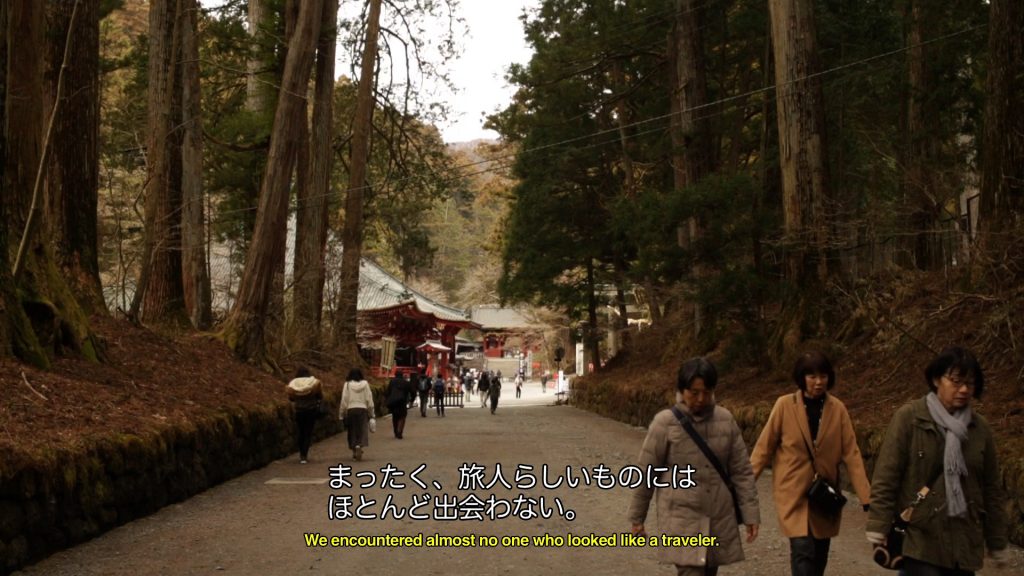 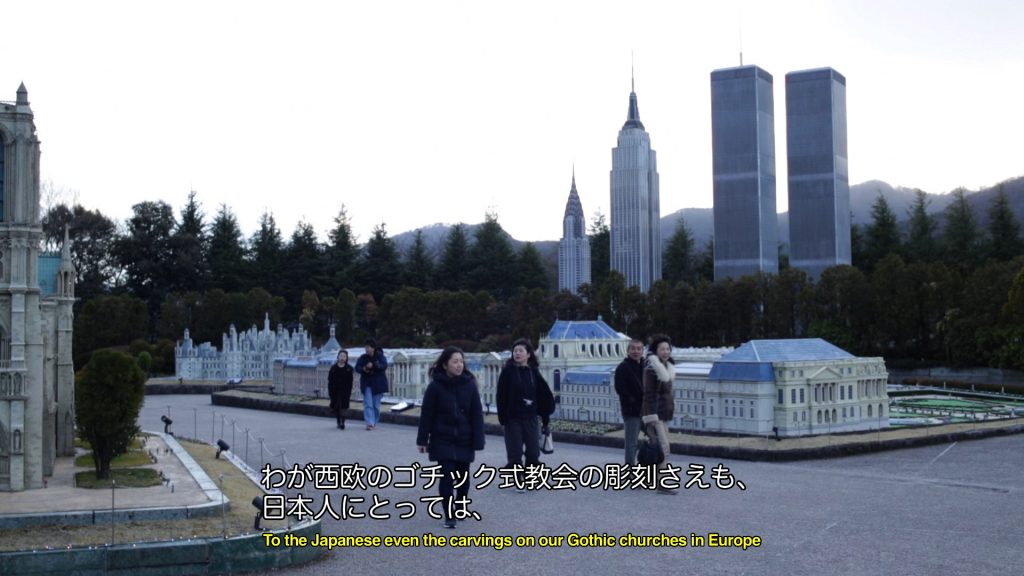 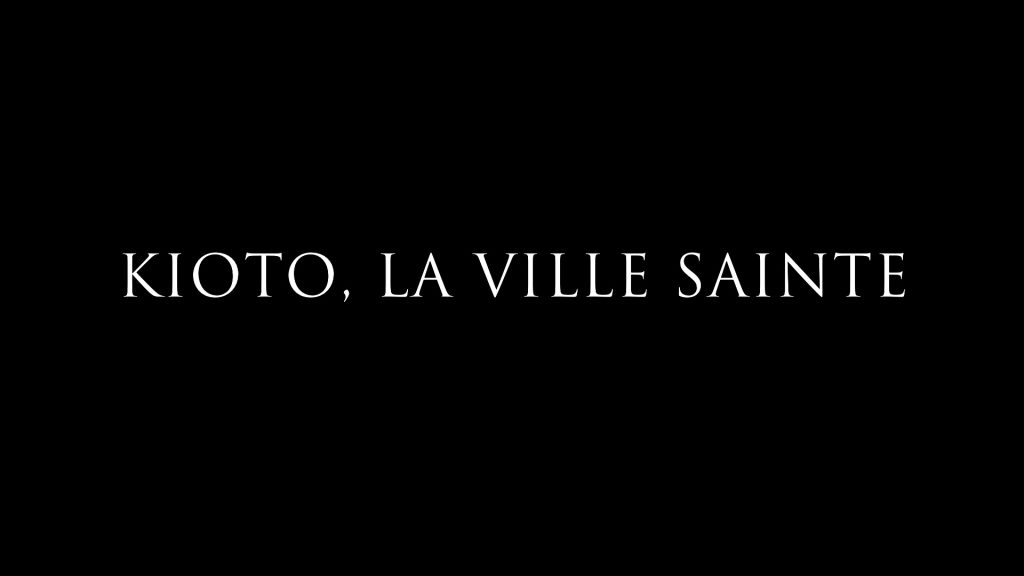 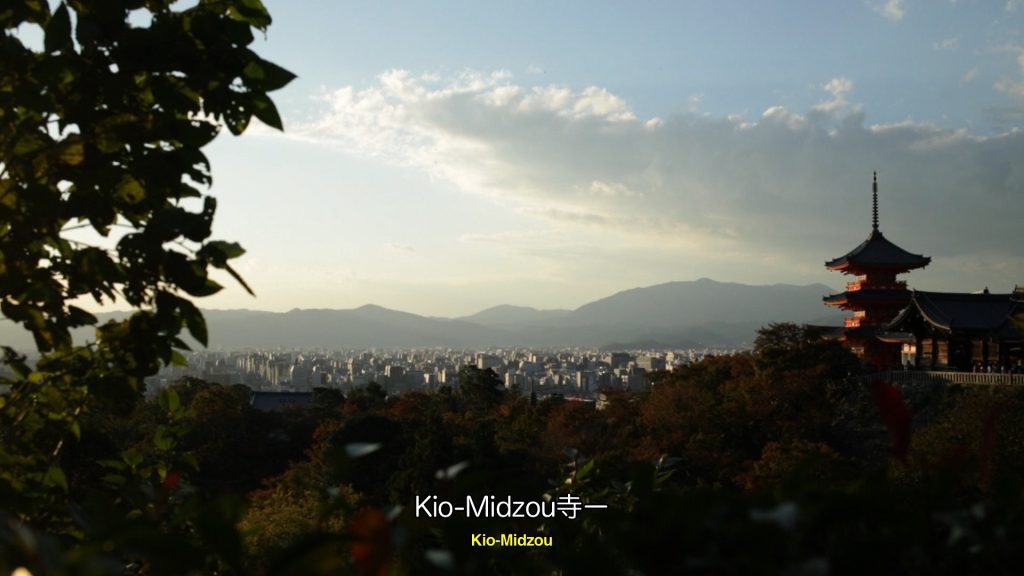 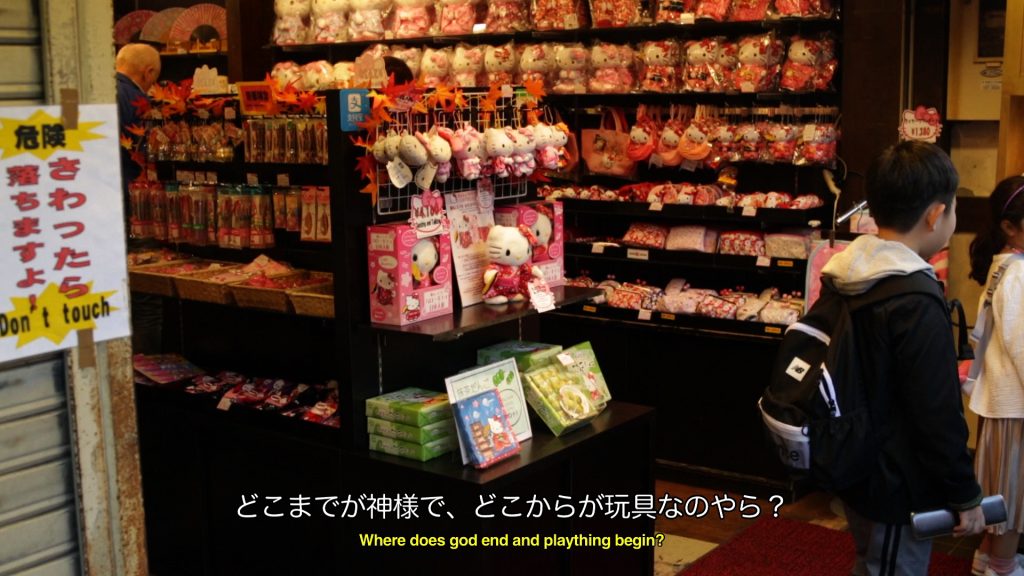 In Transcreation, Araki attempts to retrace French writer Pierre Loti’s (1850 - 1923) footsteps by revisiting the same location where Loti mentions in his travelogue "Japoneries d’automne" (1889). For this particular video series, Araki cites 1953 version of the Japanese book (translated by Kikuichiro Murakami and Kiyoshi Yoshihi; Kadokawa Shoten), and the unmodified extracts employed as subtitles. Through the playful juxtaposition of contemporary Japanese imagery with a 130-year-old text about Tokyo via Western gaze, Araki exposes sceneries that are neither from the past nor present.