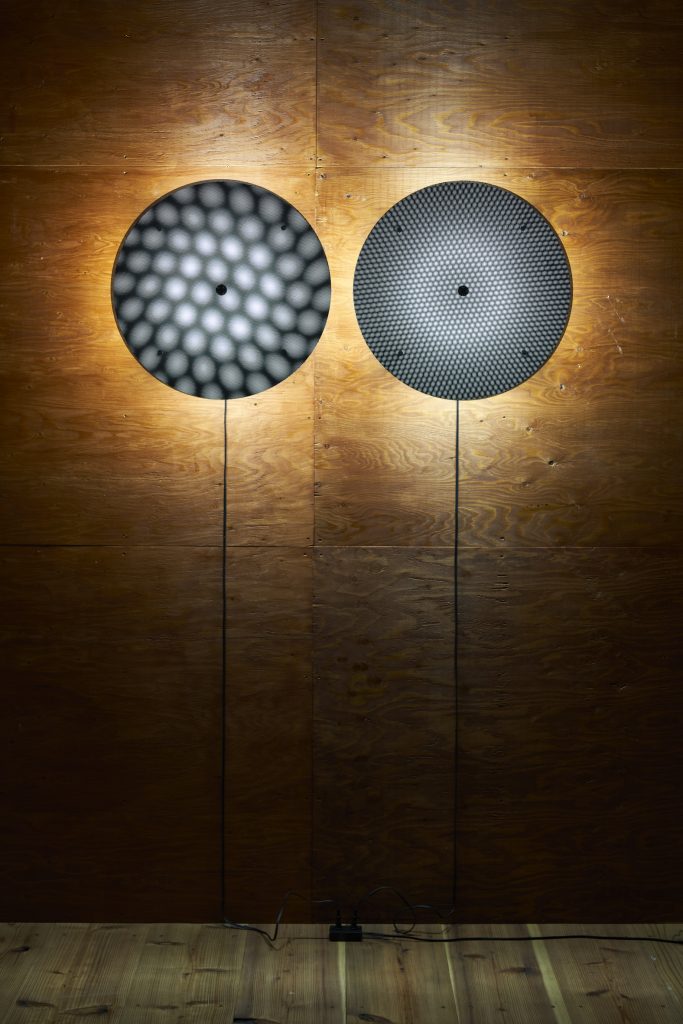 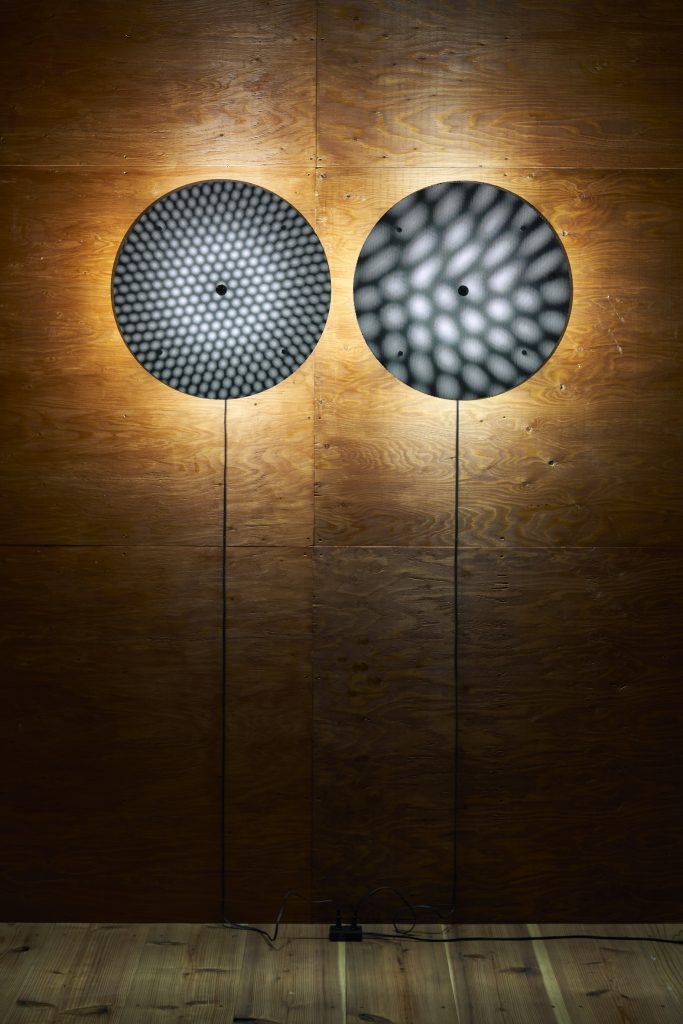 When two things with periodicity are shifted and overlapped, there may appear the things that did’t exist. The spatial interference fringe is called moire and the temporal interference waves are called beat.

When the two sheets of perforated metal are overlapped and shifted, the dot pattern appears to scale. This is a visual resonance effect and is also a kind of moire. Staring at the dynamically changing dot pattern, it seems that the image is directly received by eyeground, and the sense of perspective and time begin to sway.