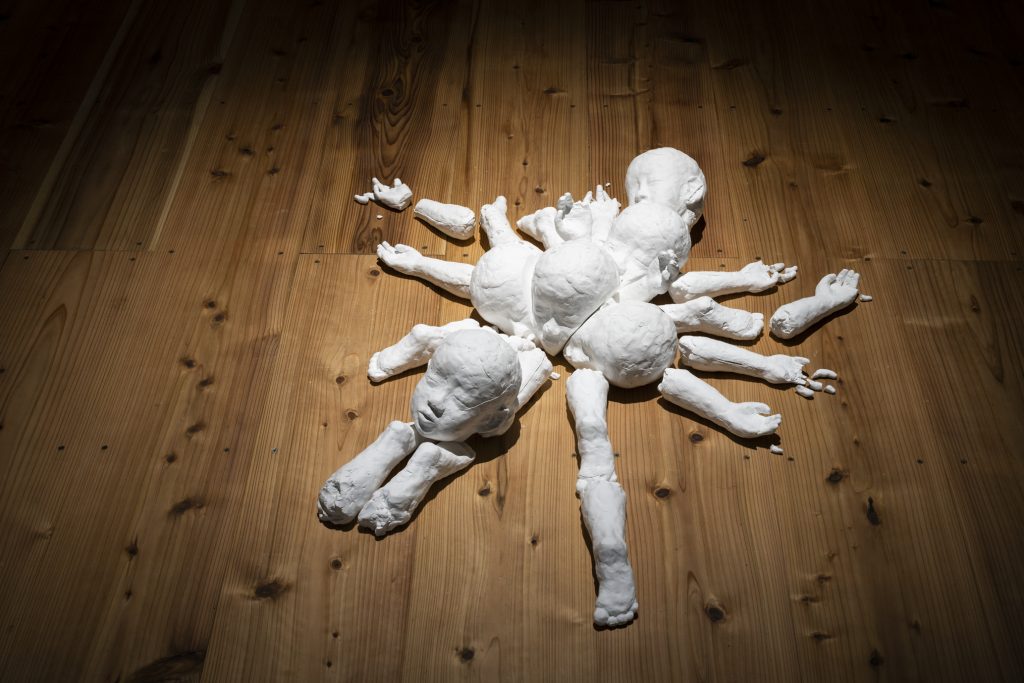 Koizumi had suffered with the image of his son's death for a few years after his son was born. When he became a father, the image of a dead son started to appear like a flashback in his head, and he became aware of the existence of paternal instincts, which is to protect the child regardless of being threatened by such nightmarish image. In order to deal with this anxiety, Koizumi made a sculptural work shaping his son’s head and limbs with clay by the side of his sleeping son.