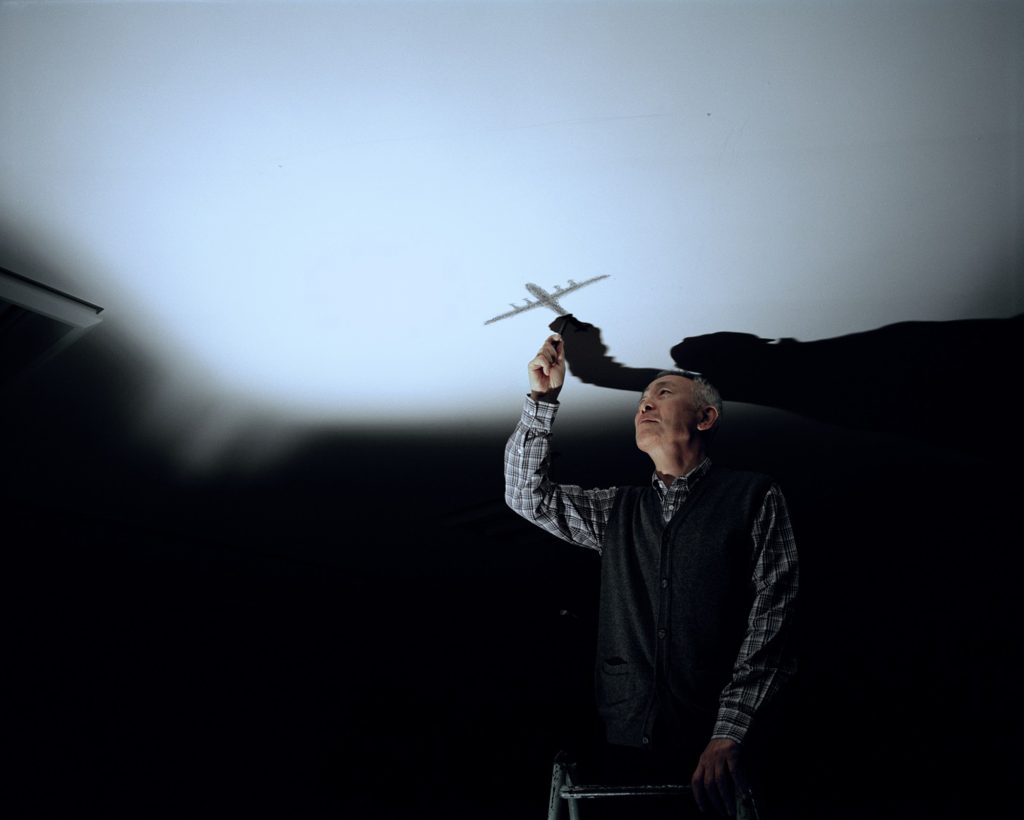 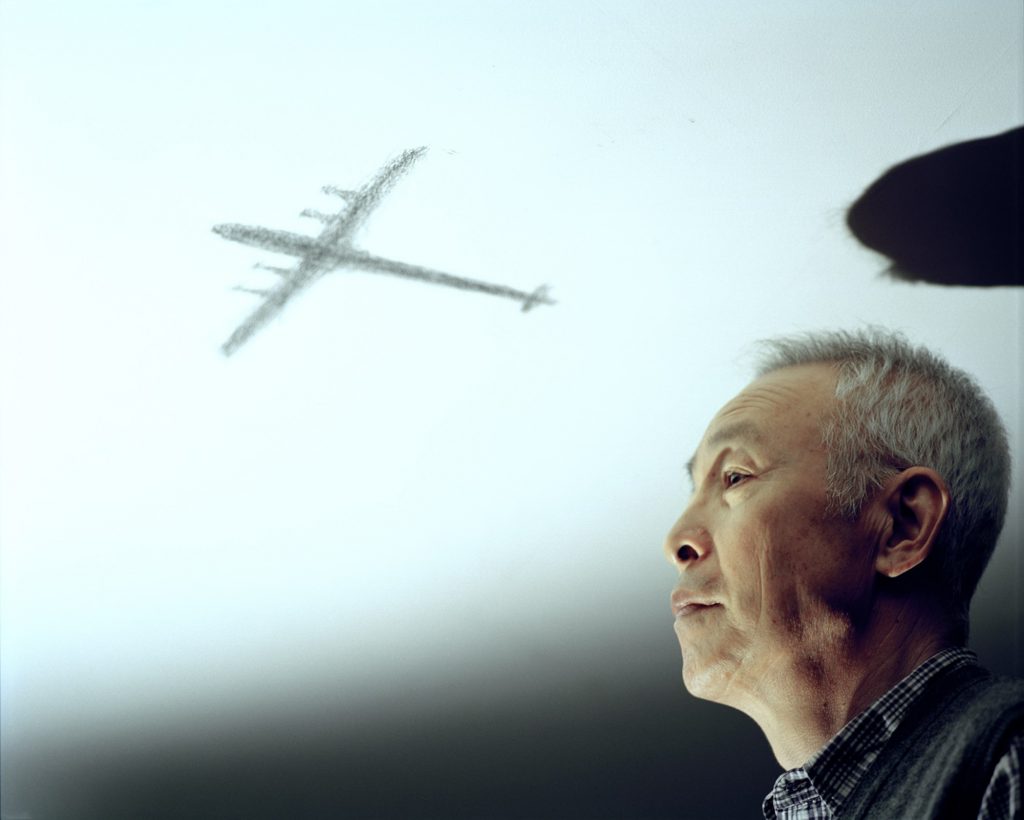 Mnemonic’ refers to a tool which helps one to remember. For this work, Koizumi invited his father to draw a picture on his ceiling of a Boeing B-29 Superfortress: the airplane used by the American air forces during World War II, and most famously for dropping the atomic bombs on Hiroshima and Nagasaki in 1945. When Koizumi was nine years old his father drew him a picture of this airplane gracefully flying in the sky, from his childhood memory. Koizumi recreates this moment from his own childhood, this time asking his father to draw the picture directly on the ceiling, while Koizumi recorded the sound of graphite pencil on the wall.