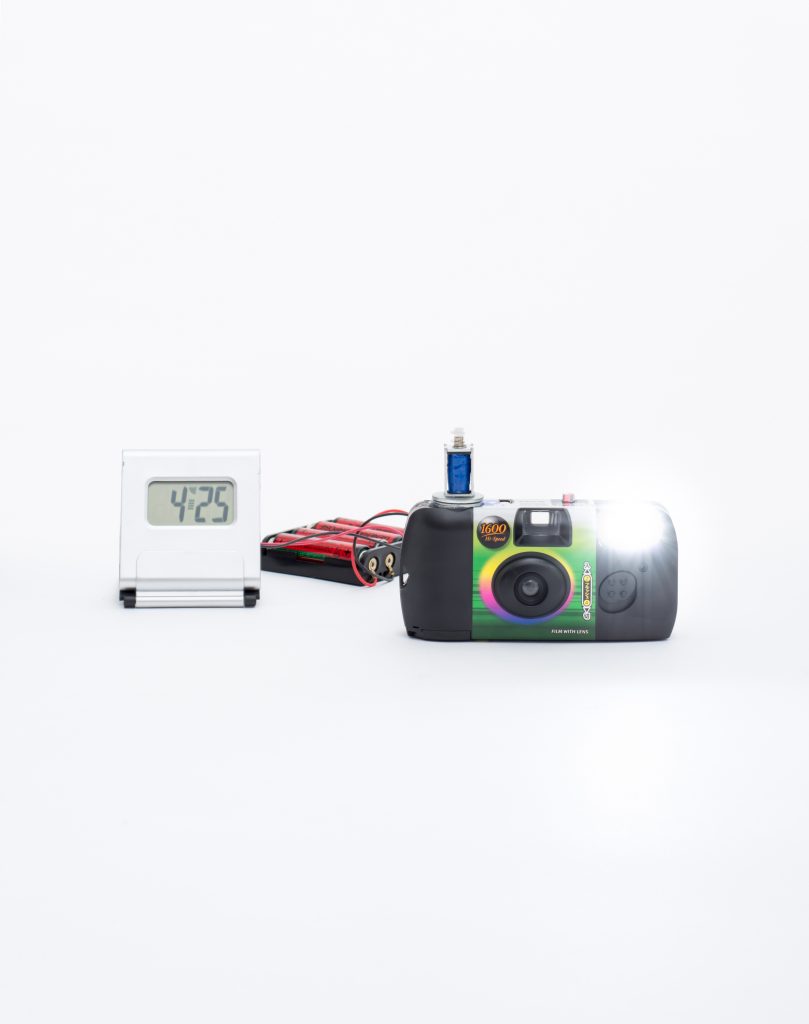 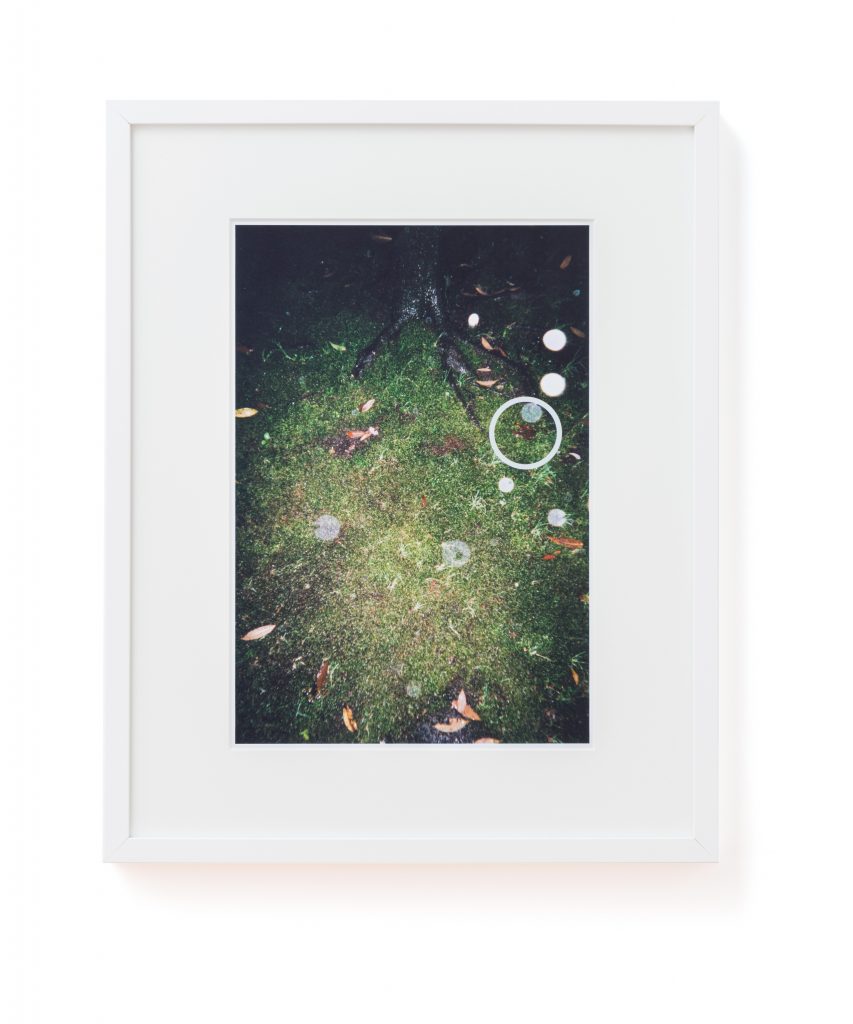 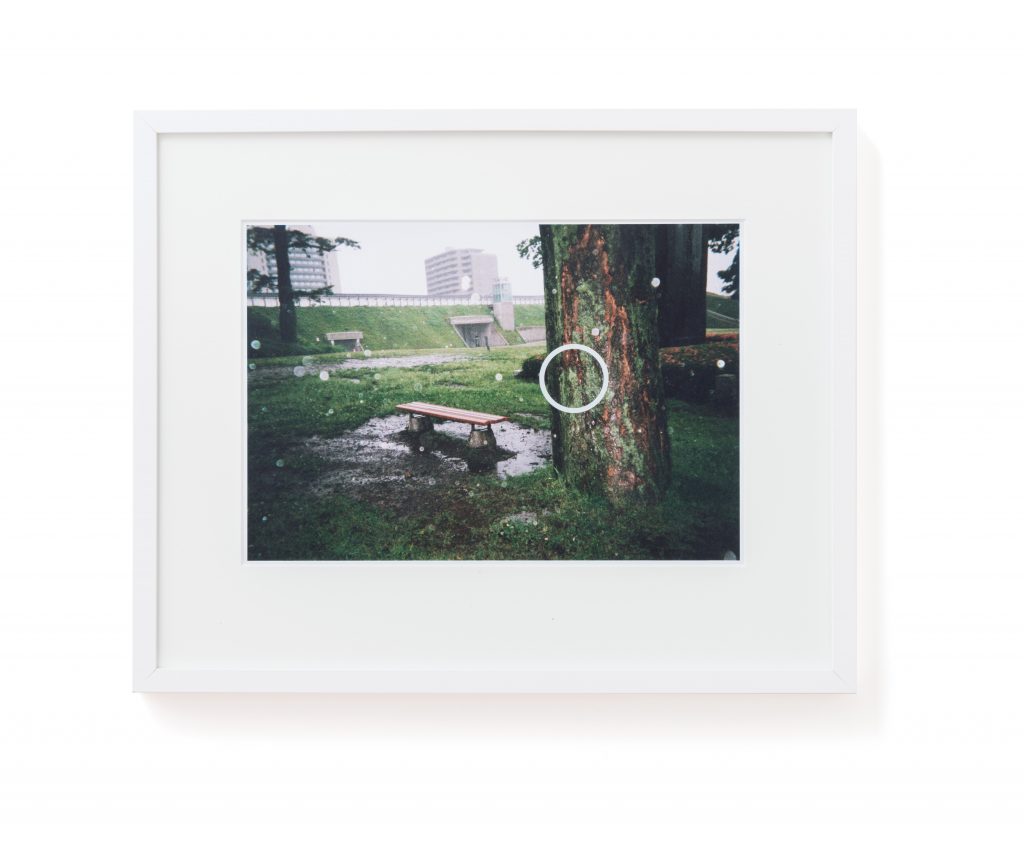 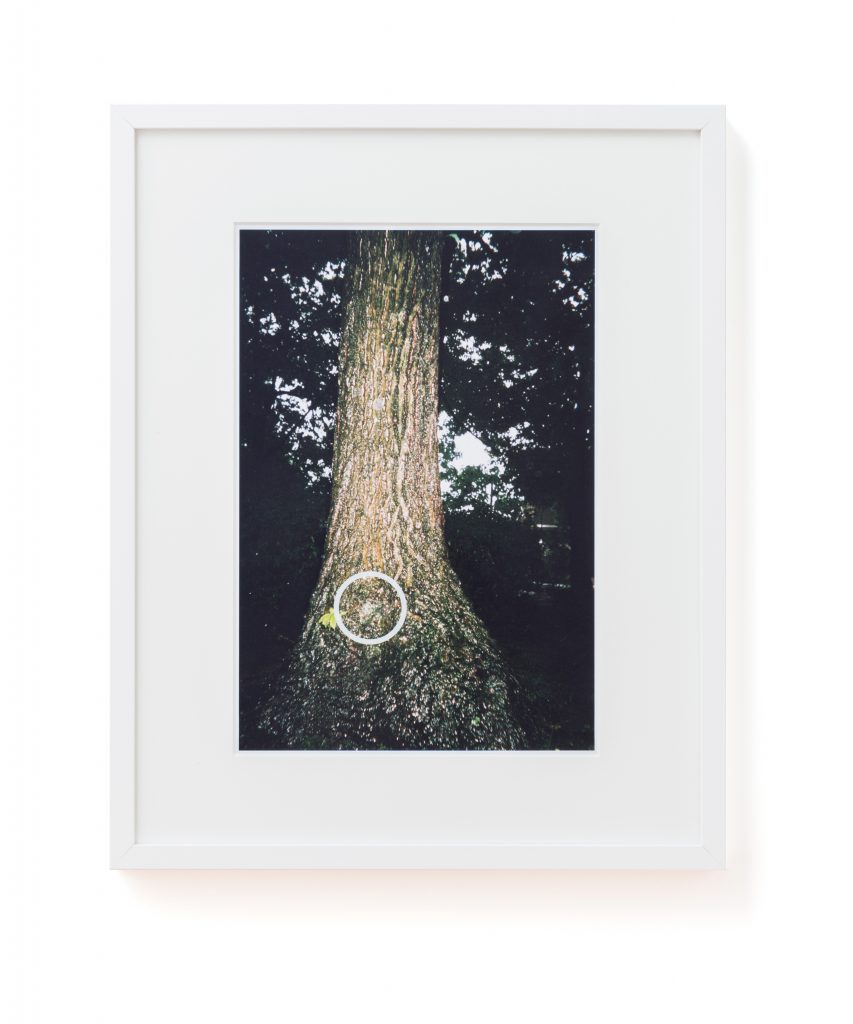 The photographs capture an image of what is beyond the consciousness using a timer and a camera. The images were photographed in Utsunomiya Castle Ruins Park by the participants of a workshop held at Utsunomiya Fairy Museum.
After being developed, things captured in the photograph by coincidence were identified and marked with a circle.