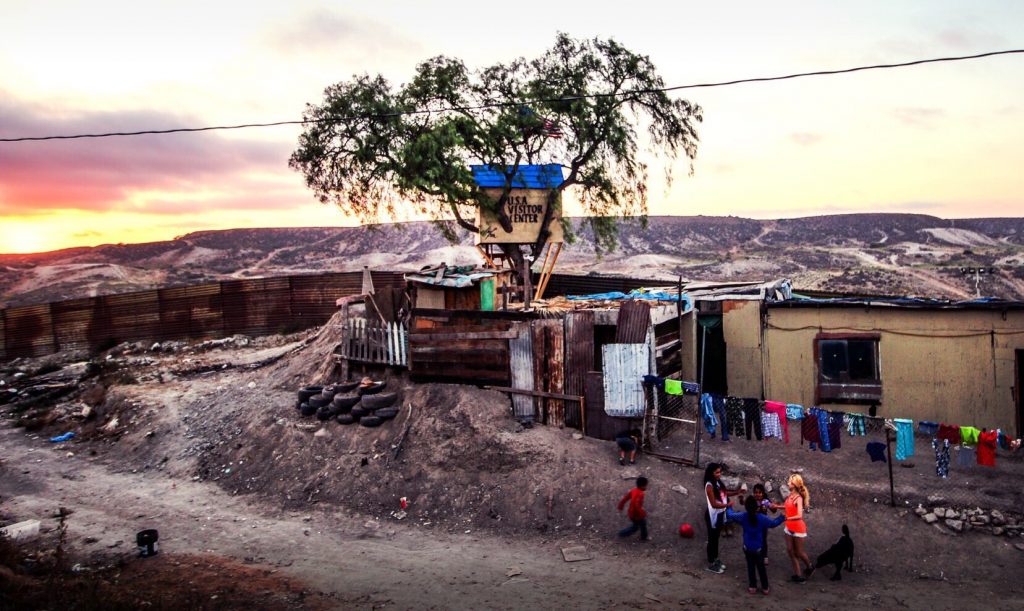 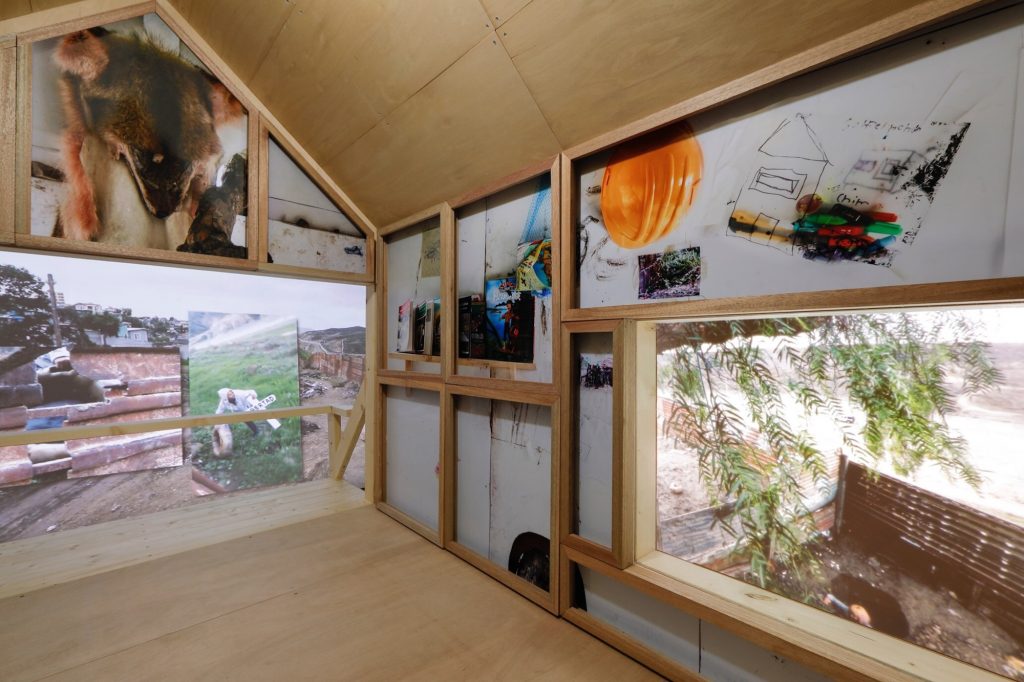 installation view: "the other side," MUJIN-TO Production photo: Kenji Morita 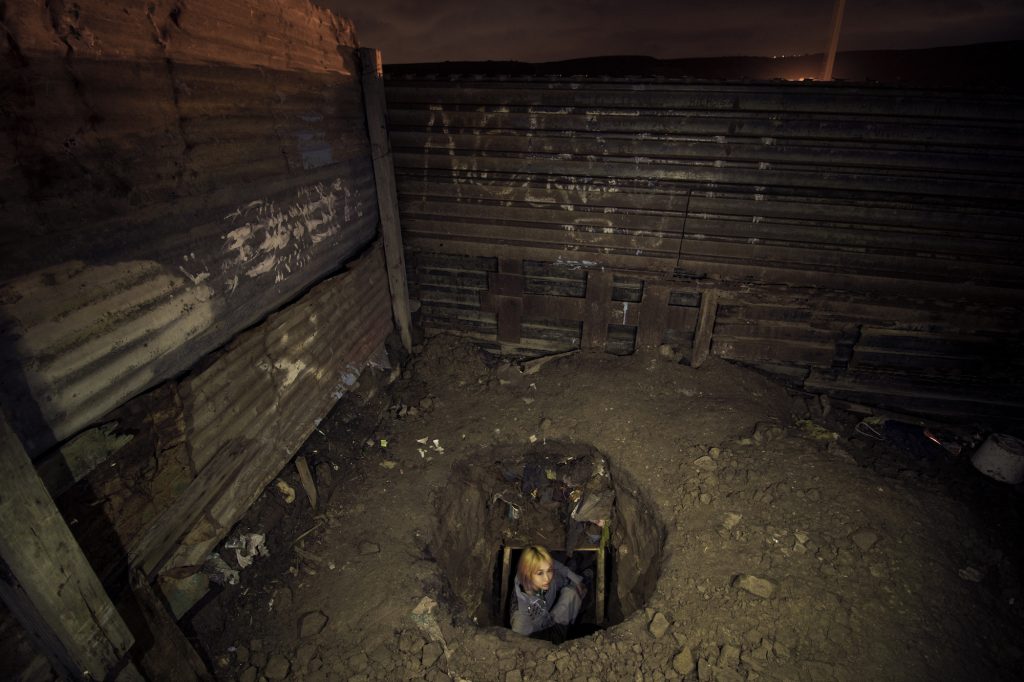 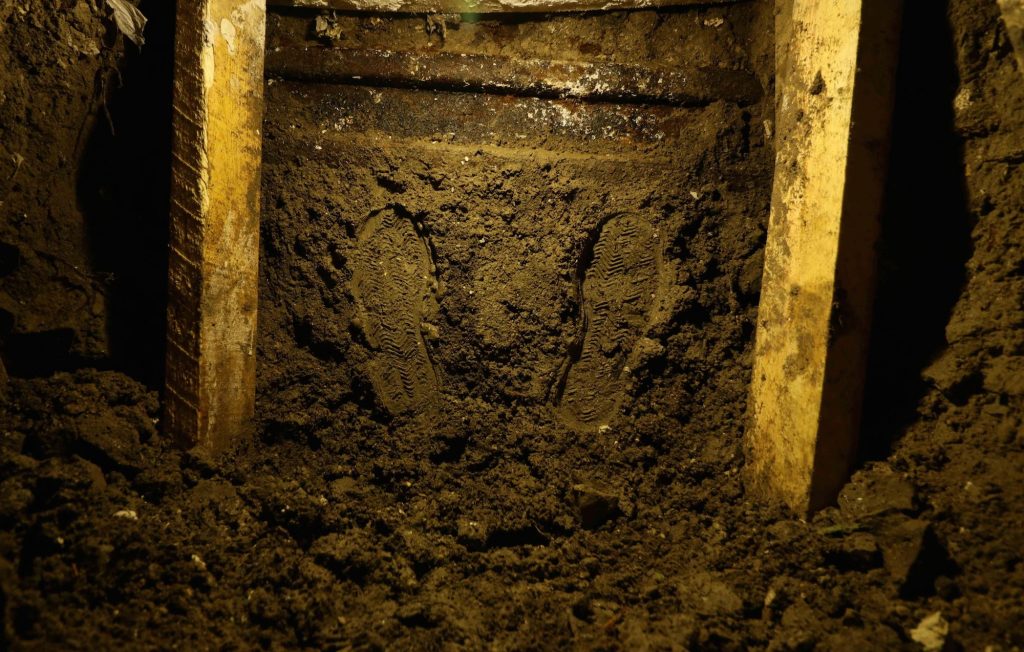 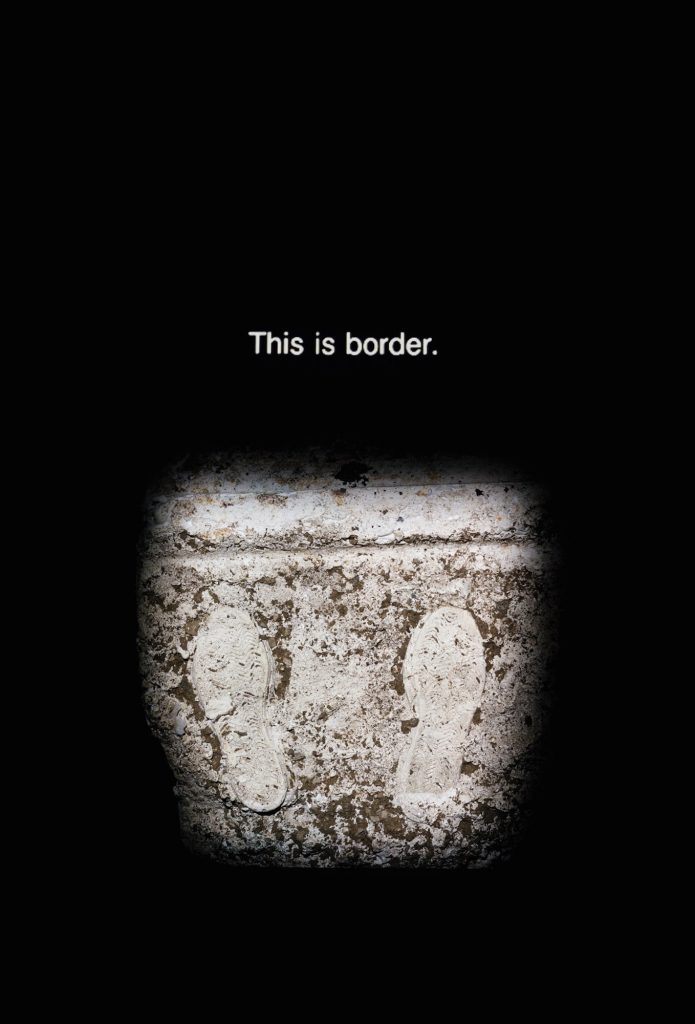 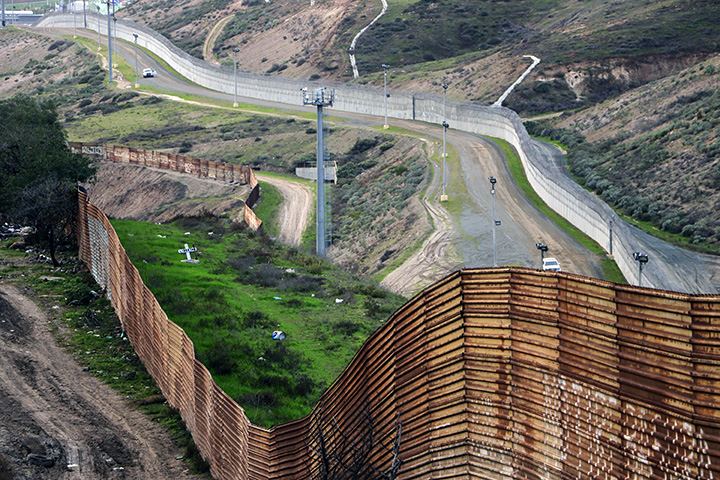 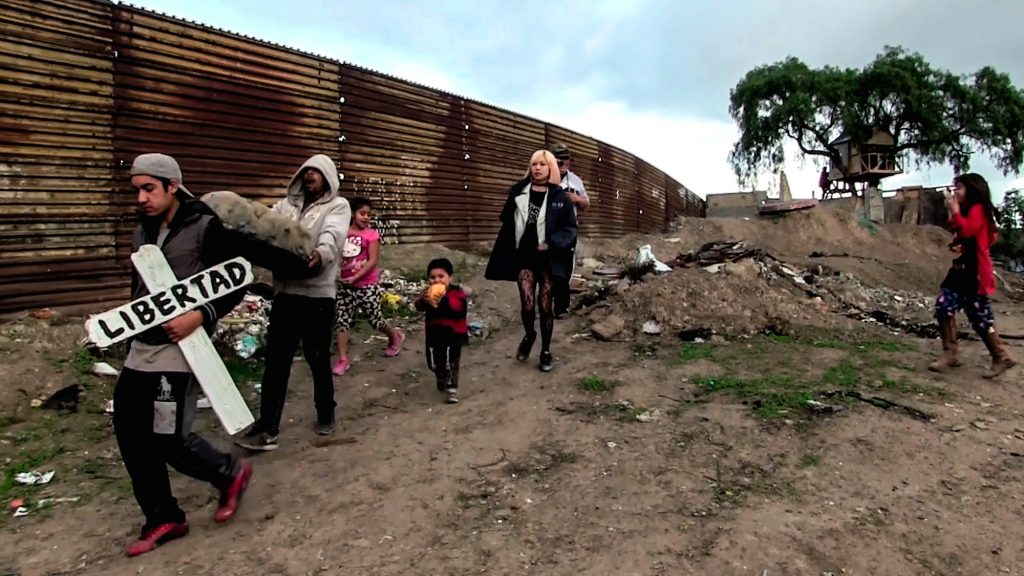 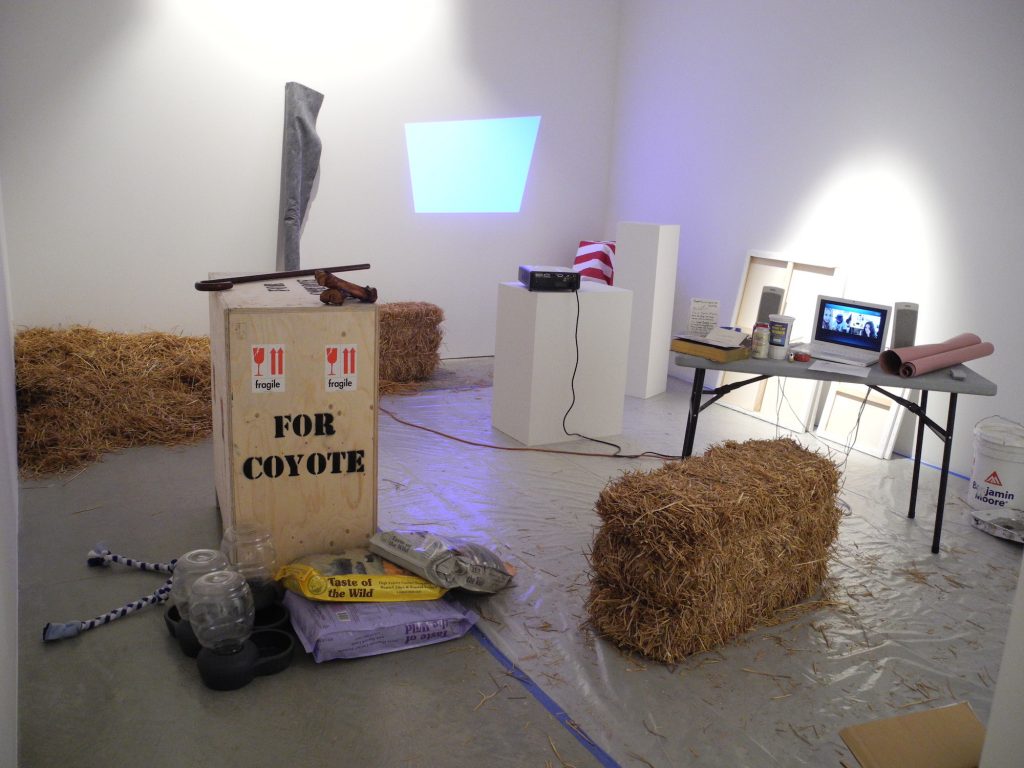 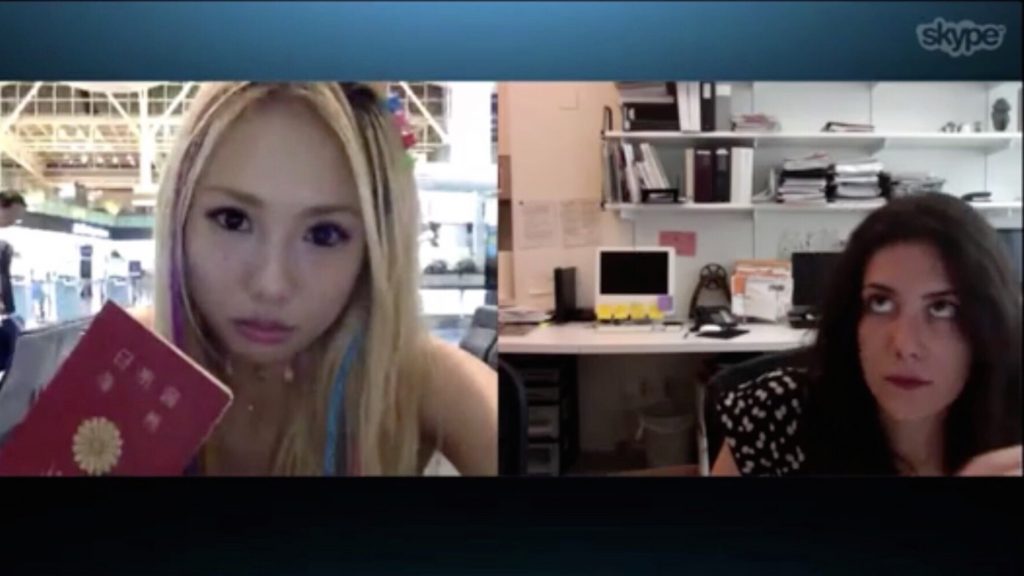 Starting from 2014, Chim↑Pom created works themed on the US -Mexico border issue, including COYOTE (2014), U.S.A. Visitor Center (2016), LIBERTAD and The Grounds (both 2017). The entire project is named after the way people on the Mexico side of the border refer to the U.S.A. These successive projects are focused on Ellie’s personal problem regarding her denied entry into the U.S.A., but the title also alludes to various “other sides” that currently exist, such as the nuclear exclusion zone produced by the Fukushima Daiichi Nuclear Power Plant disaster, or the numerous border issues involving immigrants and refugees across the world.

COYOTE, 2014
An installation work based on the issue of Ellie’s denied entry into the U.S.A. A video of a Skype meeting conducted between Chim↑Pom and a gallery staff in New York discussing human traffickers - so-called “coyotes” - and also the preparation scenes of a possible performance with the animal were exhibited in the gallery. The installation makes reference to the pivotal performance Coyote: I Like America and America Likes Me (1974) by Joseph Beuys. Even though the work is staged in New York, the performance could only happen through the Internet because Ellie was unable to make the work herself, or is not allowed to do so. The time when Beuys did his performance with a real coyote, there is no artist or “coyote” to perform in the gallery at the present time.

U.S.A. Visitor Center, 2016
Many people live in Tijuana – a slum located along the border known as Libertad (meaning “liberty” in Spanish) in Mexico. Some of the self-built house that stands next to the border wall utilizes it as part of their own property. There, Chim↑Pom met a family that collaborated with them for this project. They built a tree house in front of the U.S.A., for people who are living there but are unable to enter the country.

LIBERTAD, 2017
This work was placed on the American side. There is a new and an old wall along the border, and in between that a severely controlled “no-man-zone” that is under the jurisdiction of the American government. In fact, this area has become part of the daily lives of the local Mexican residents. Chim↑Pom went to an area called “Colonia Libertad” on the Mexican side to form “Team LIBERTAD” with the local people. They installed a hole, a cross and a shovel all made with plastic there, against the original work of The Grounds that is installed on the Mexican side. It strongly suggests the multiple illegal tunnels that exist in that area. The cross that represents a grave is labeled “LIBERTAD” - the name of the place on the other side - bringing forward the idea that “liberty” is only an imaginative concept. This piece was created precisely to build a grave for the idea of liberty on American land.

The Grounds, 2017
The Grounds is a real hole dug on the Mexican side along the border. The hole directs towards the border wall that is inserted underground, and continues towards the earth that is shared between the U.S.A. and Mexico. This is a personal project for Ellie – unable to stand above ground level in the U.S.A., she crawled inside and left her footprints at the end of the hole, which is in fact American land. A mold of the footprint is made with plaster. The title of this work adapts a plural form since the ownership of the territory directly under the border wall cannot be specified.