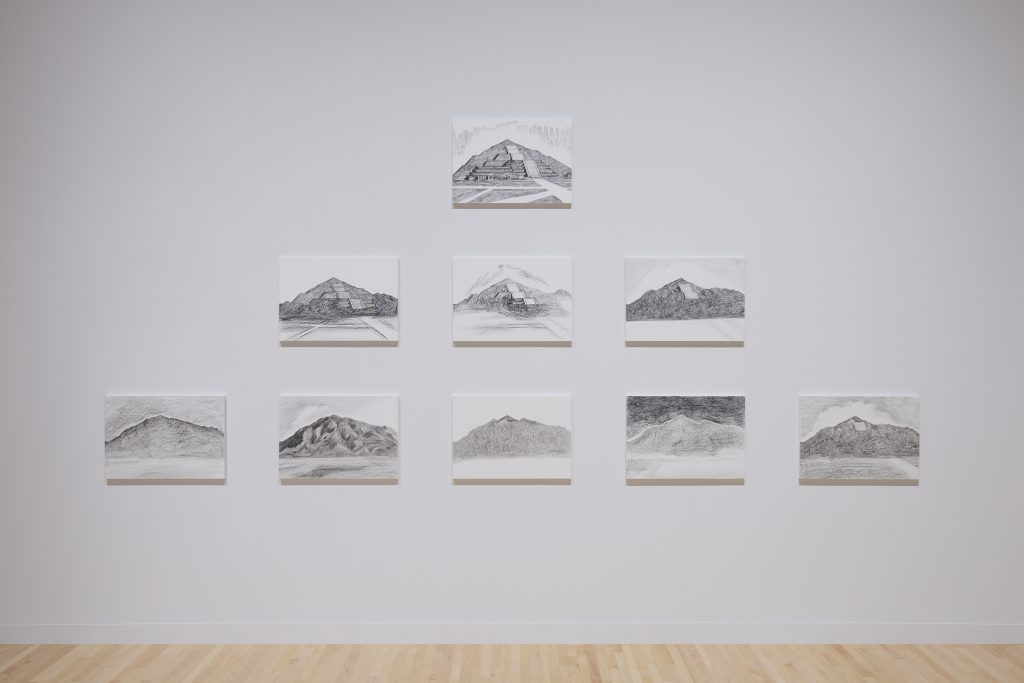 A work in which the shape of Mt. Buko emerges on Japanese paper with solid sumi ink using frottage technique. The first of nine drawings show the silhouette of dignified Mt. Buko before limestone was mined. Mining began in the Taisho era, when modern industry flourished, and the mountain was gradually cut down. However, after the Tokyo Olympics in 1964, demand for cement increased drastically, which is indispensable for infrastructure development. It was gradually scraped and quickly turned into a pyramid-like shaped mountain. (Current state is close to the sixth drawing.)
Even now, mining of Mt. Buko and shipment of limestone continue without interruption. Will it be a huge tomb like the real Tiotihuacan ruins eventually? The expected figure is the ninth image in the final form.