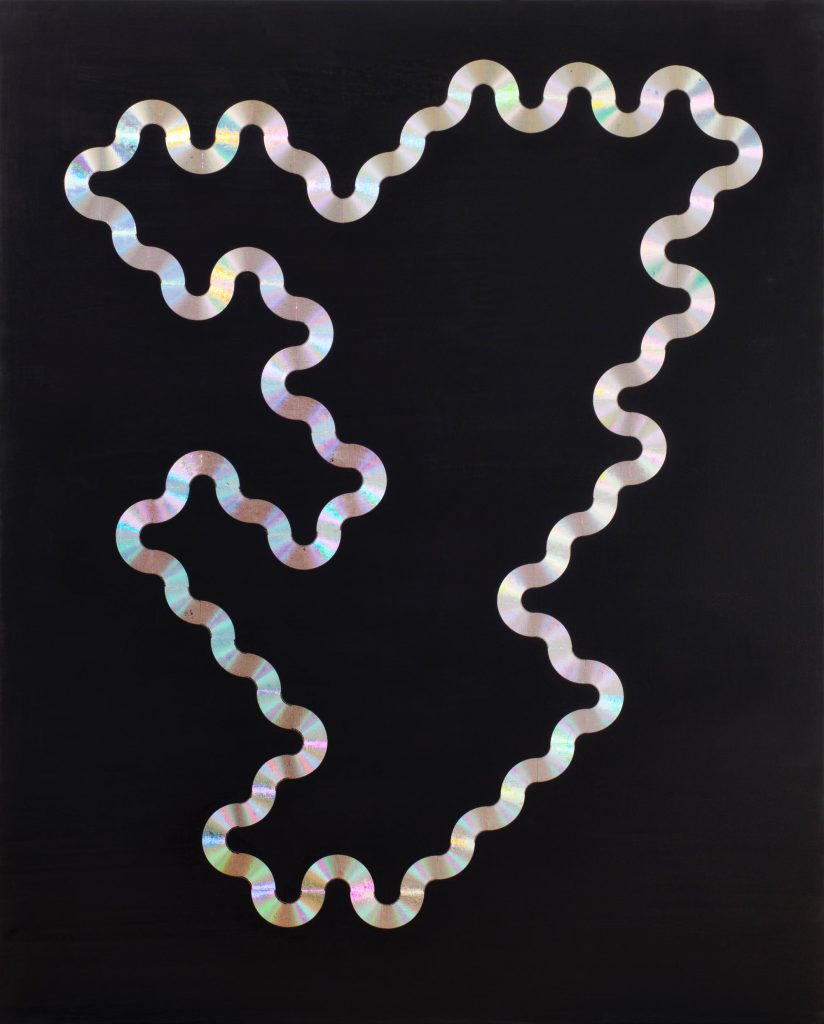 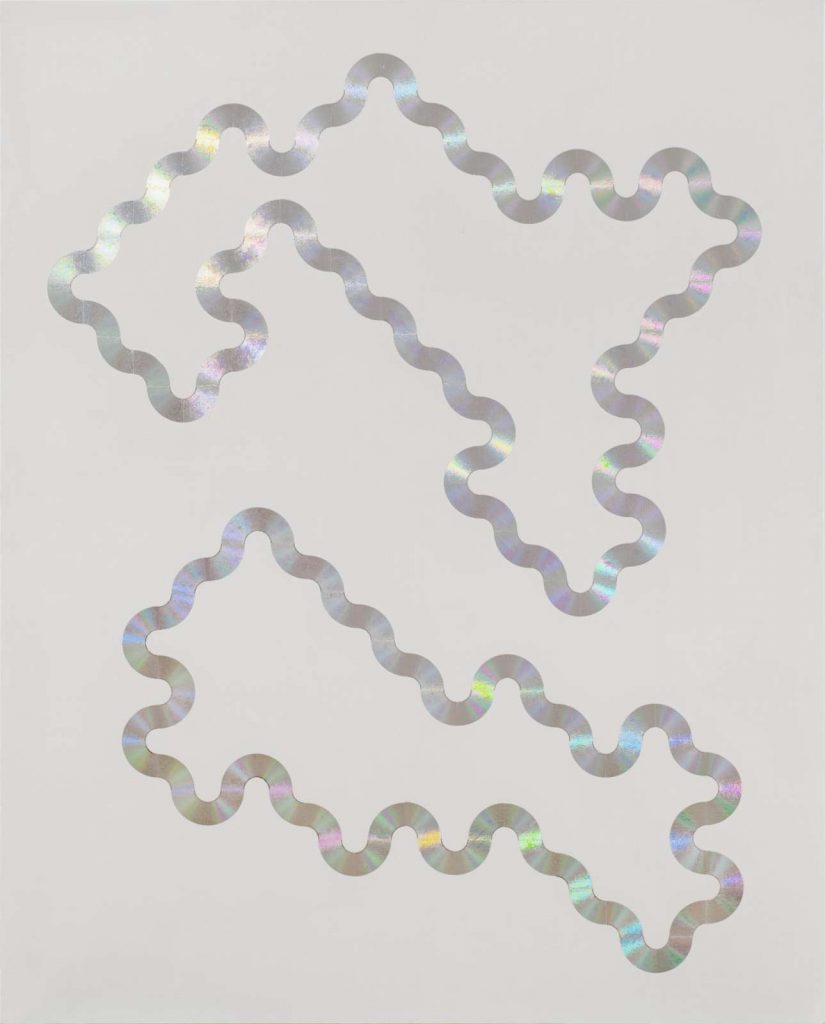 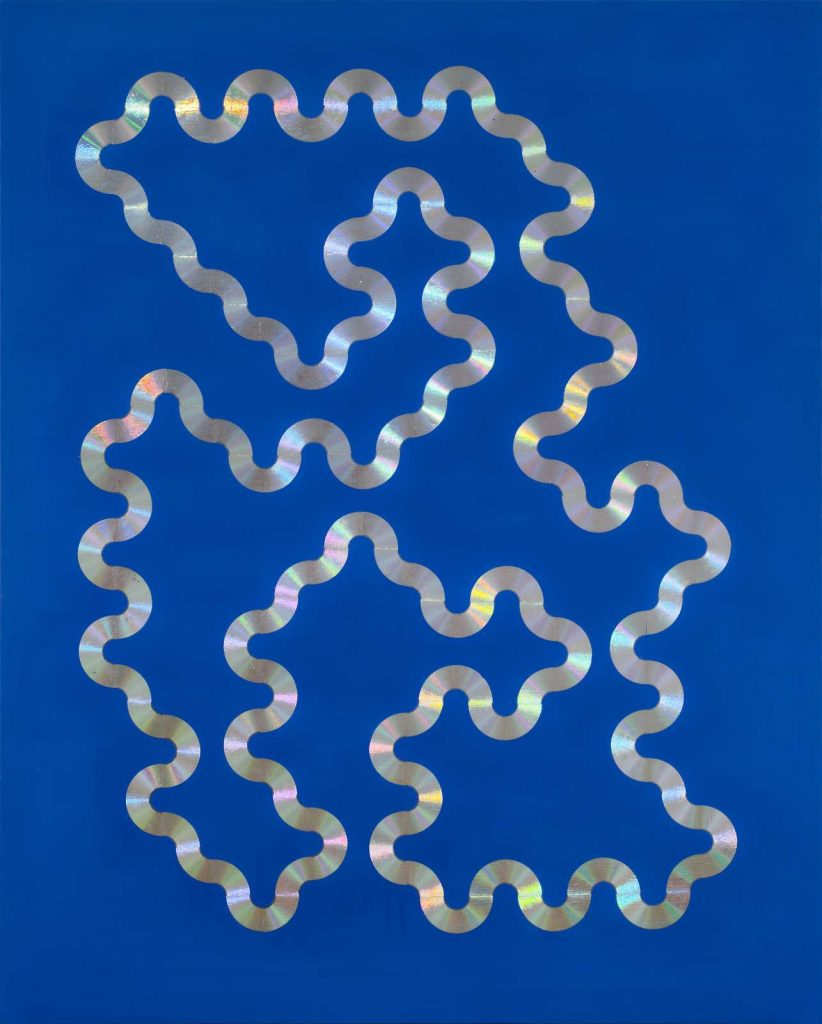 A two-dimensional work in which the aluminum-evaporated foil on a CD-R was peeled off and pasted onto a canvas.

CDs have become containers for the sale and distribution of data. After ripping them with iTunes, they are the same as empty shells from which the soul has been extracted. I peeled off the surface that presumably contained the soul (sound data) between a layer of aluminum and one of polycarbonate, but there was nothing there. The result was a broken CD. To me, this seemed to resemble the relationship between the body and the soul. The music had been stripped away from the matter, but what remains when music is given a new form?