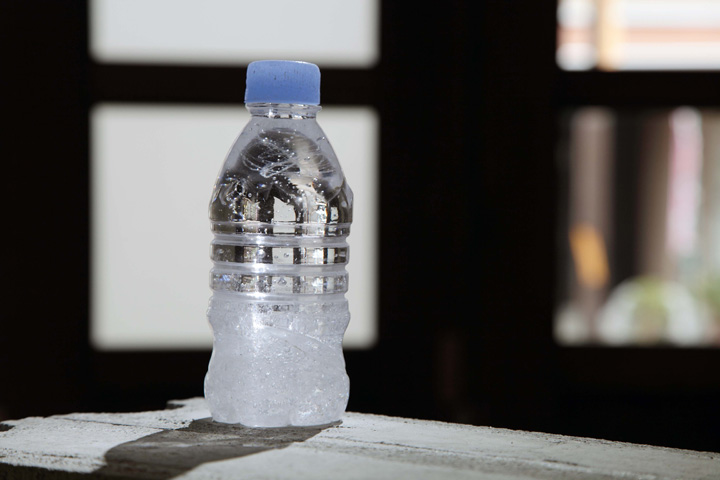 A note on “PET (Portrait of Encountered Things)”
“When I am walking in different places in Tokyo, I often find plastic bottles someone had left. It makes me think why they threw them away like this, but sometimes I also notice the dramatic lighting onto the bottles or the weirdly-balanced composition of them. Right at the moment I give the bottle a glance, I somehow once felt like I saw a little kitten in the eyes... Before I realized my own attention to those objects, I was taking photos of such sceneries and had composed them into the work series "Forgotten Liquid."
Looking at different photos that I took myself, I realized that there were characteristics for each bottle and its surroundings.
It was somewhat like a portrait of people in the city. Taking that conception further by executing the existence of the forgotten bottles more concretely and physically, I created the glass-bottle sculpture series "PET (Portrait of Encountered Things)." Though the abandoned bottles, which supposed to be empty inside, still remain transparent in figuration, its presence is sealed inside having greater weight.”
-Ryohei Usui, 2012