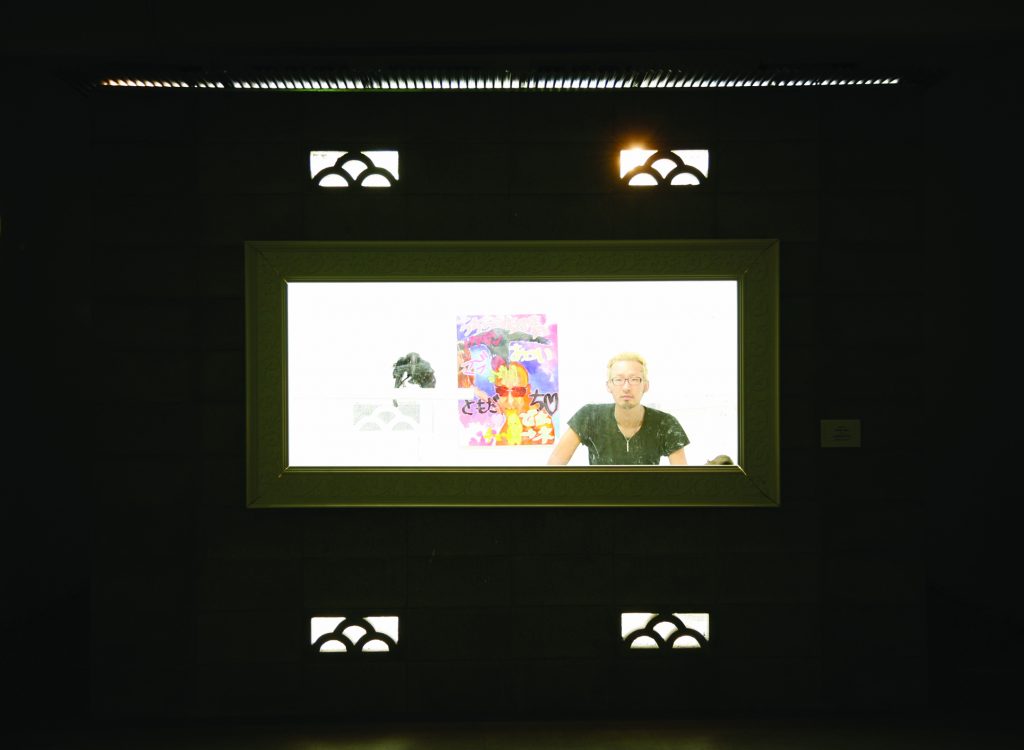 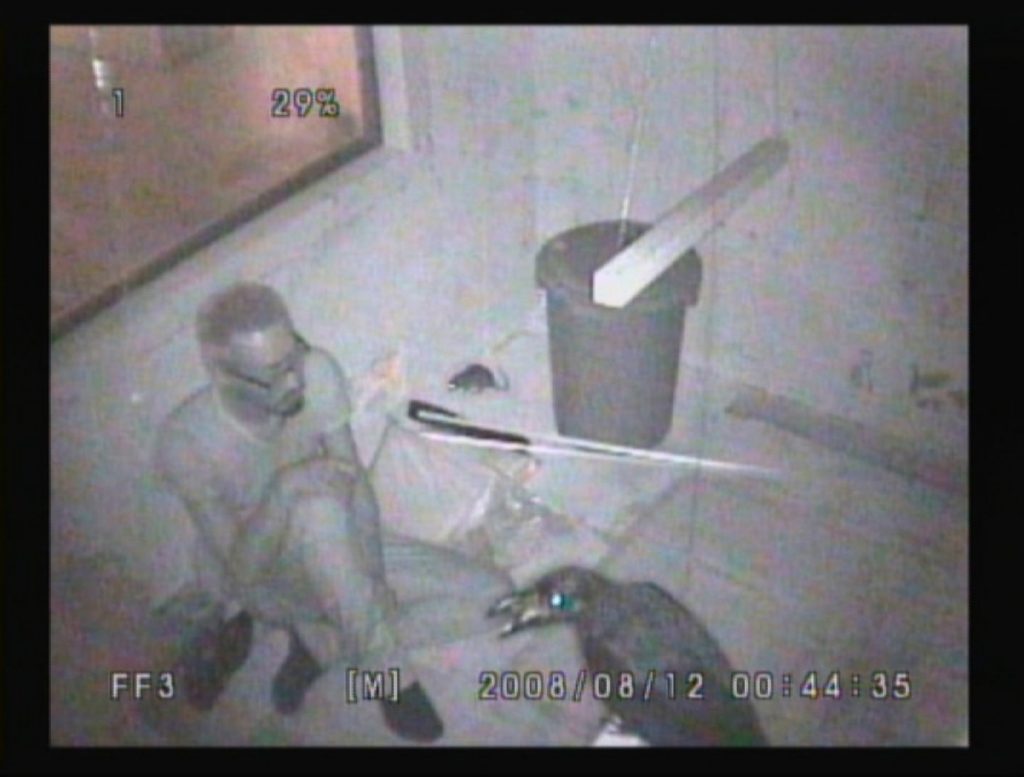 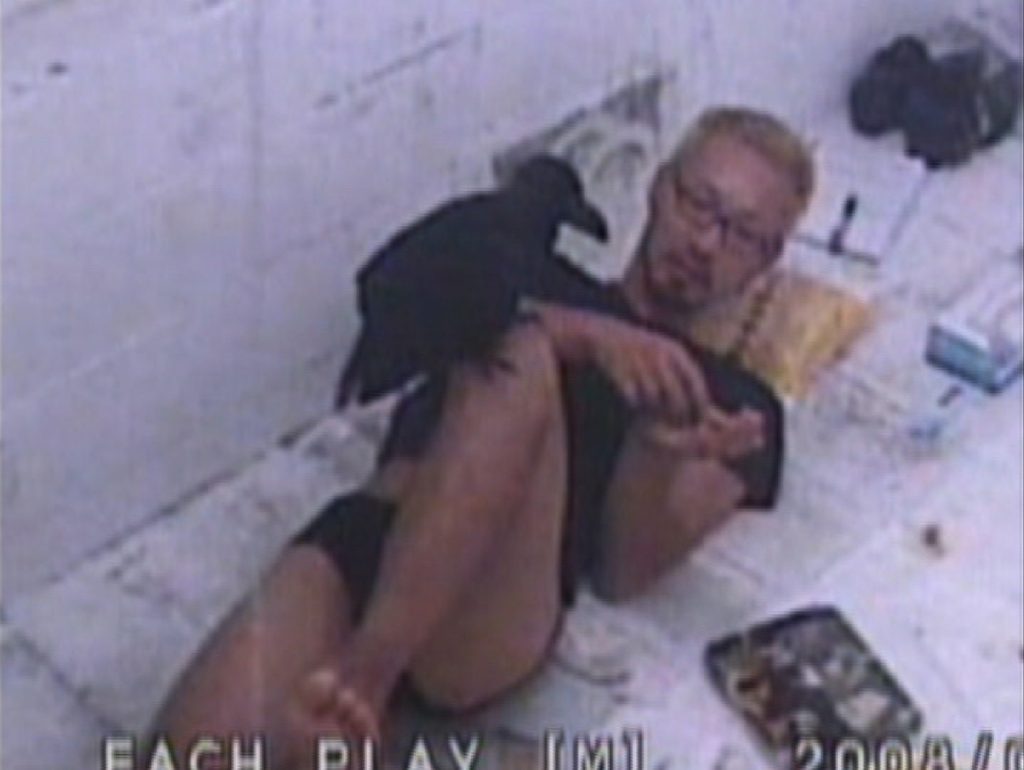 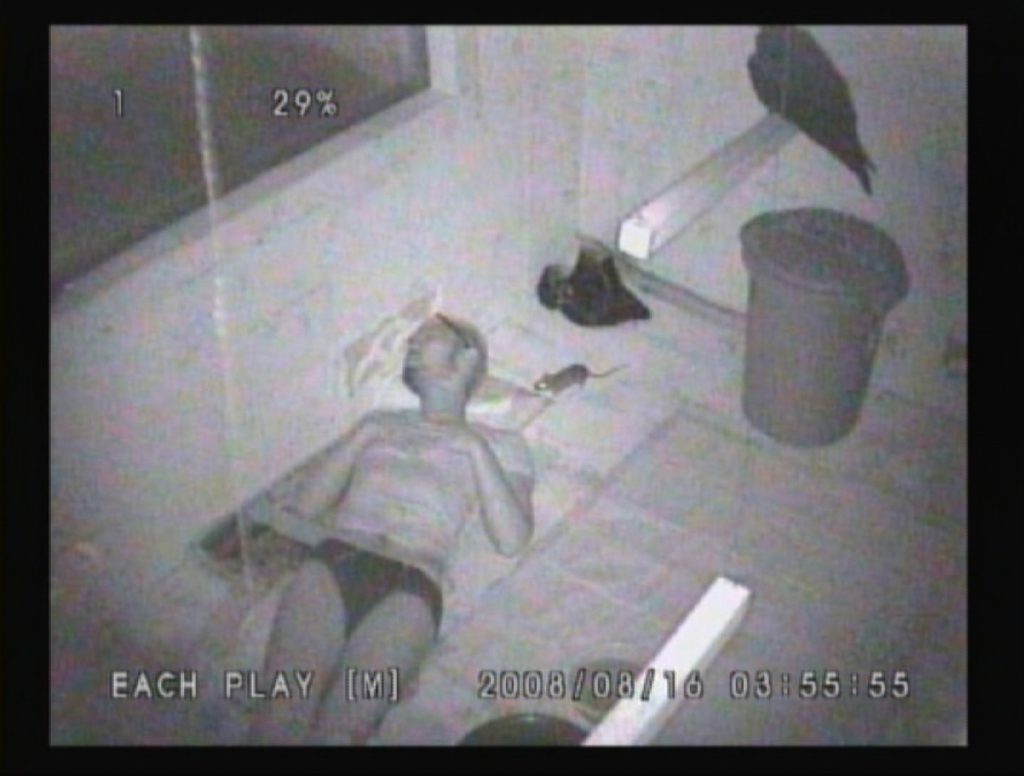 Becoming Friend, Eating Each Other or Falling Down Together (2008)
installation (a rat, a crow, Mizuno, Garbage from Shibuya)

A hut that can't see the outside but can be viewed from the outside through the magic mirror is installed in a gallery space. Mizuno lived in the hut and had been monitored by a security camera during the 21-day exhibition period, along with the mouse "Chu" caught in Shibuya and the crow "Ka-tan" caught on the extermination trap installed by Government of Tokyo. Ka-tan became friendly with Mizuno, but suddenly became ill and died on the 10th day. Mizuno, who was empathetic, mourned its death by eating the bird and stuffing him. Mizuno lived with Chu until the end of the exhibition, and although he planned to keep it, he decided to return it to the wild and released it on the street.