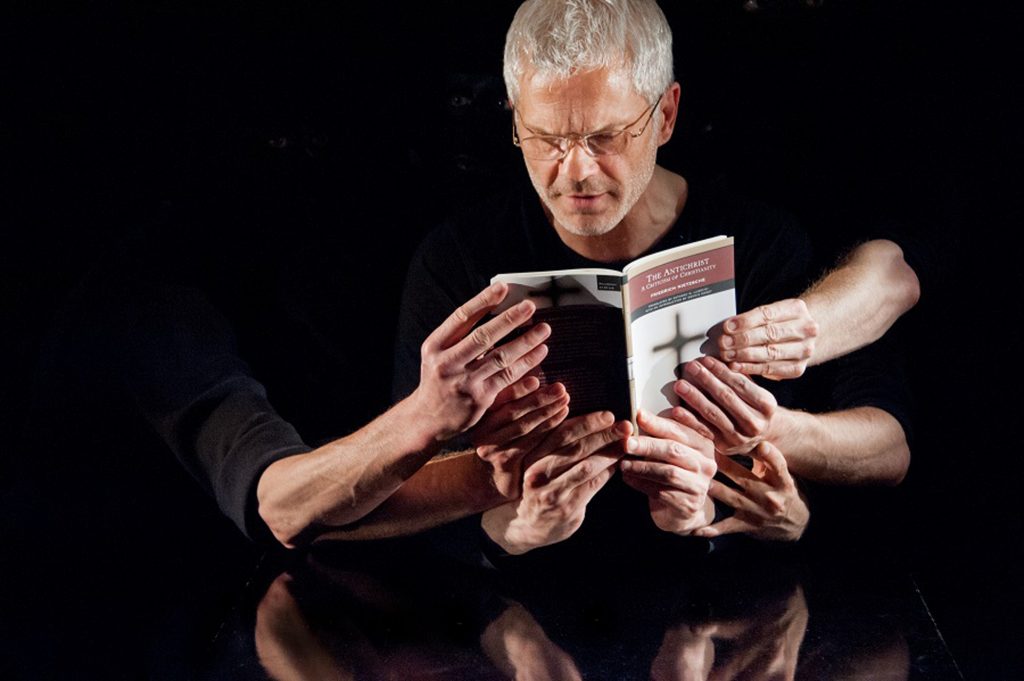 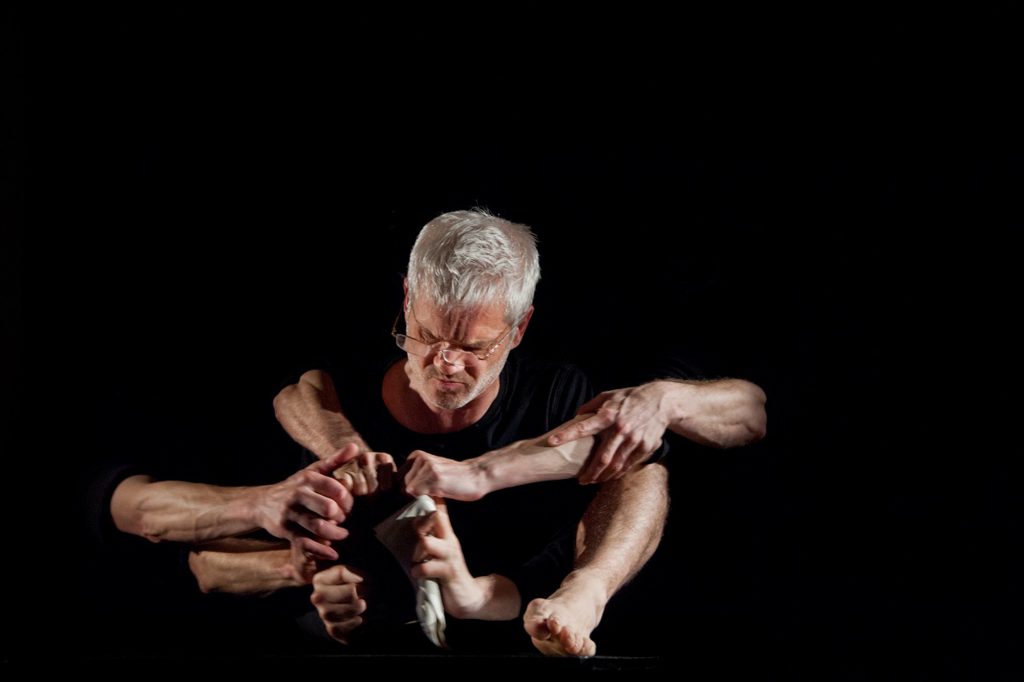 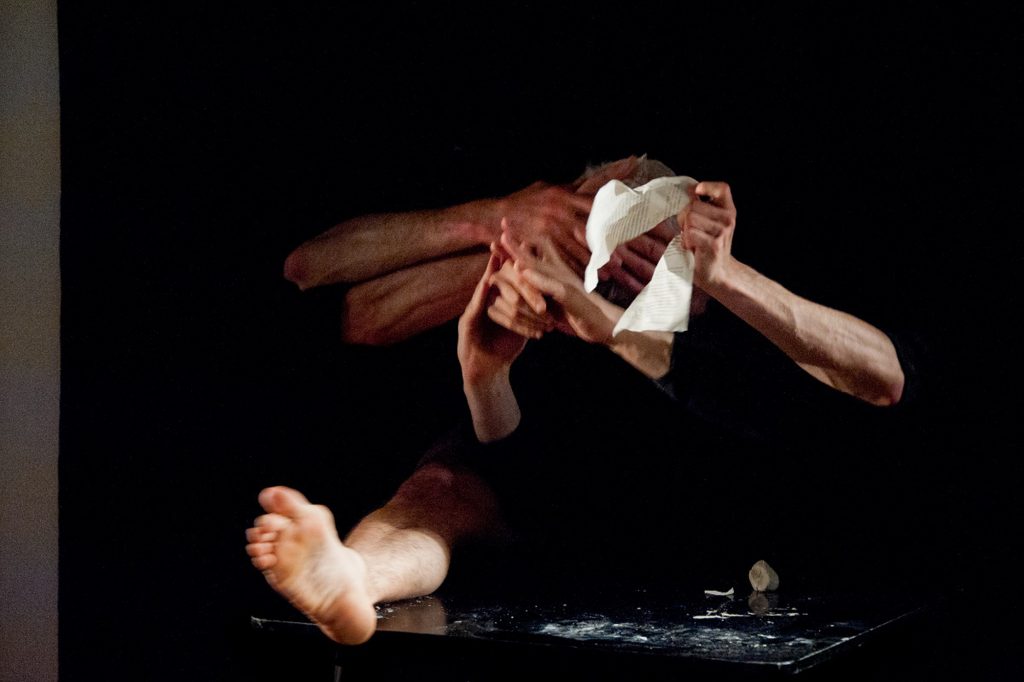 The Birth of Tragedy (2013)
video, copy of the book The Antichrist by Friedrich Nietzsche

The single screen video installation work The Birth of Tragedy is based on a performance work made at the BMW Tate Live: Performance Room - Meiro Koizumi (2013). It was a one-off web streaming performance performed in front of a camera in a project room of the Tate Modern. The footage from the performance was re-edited and put together to create the installation version of the same work.

In The Birth of Tragedy, a performer reads a book, The Antichrist by Friedrich Wilhelm Nietzsche as seriously as possible while multiple hands (of the other performers) distract his reading. The contrast between the dead seriousness of the Nietzsche’s words and the comicalness of the physical performance creates the existentialistic mode of Nietzsche’s writing into an absurd tragicomedy.