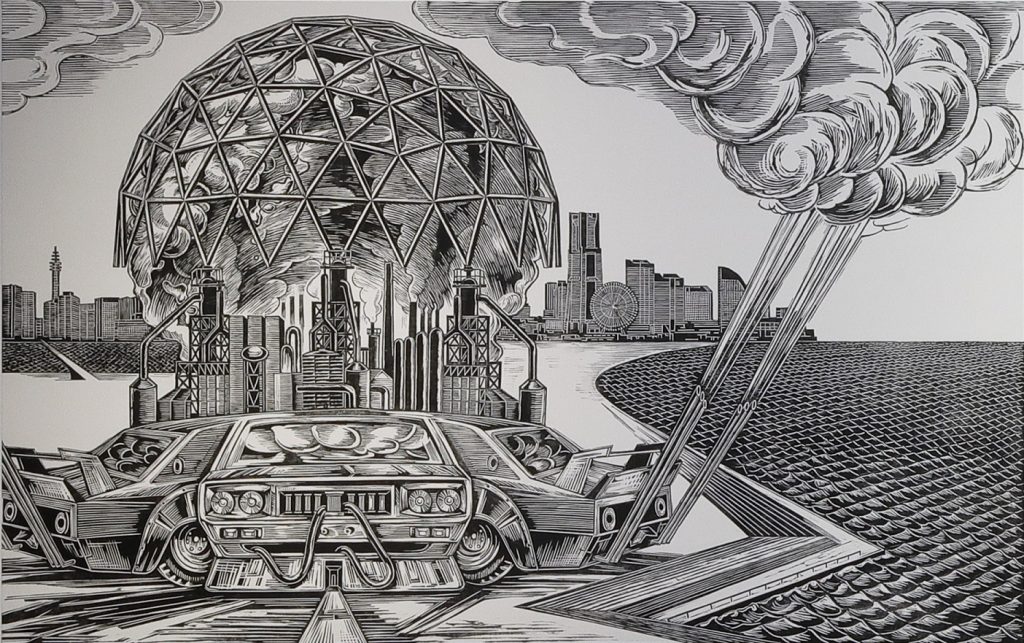 Heisei Expo 2010 Annex "Earthy Fart Pavilion” is a greenhouse gas-themed pavilion built in Minato Mirai, Yokohama. The design of the pavilion is based on “The World Turtle,” a giant turtle carrying the elephants on its back which are supporting the earth, supposedly imagined by ancient Indians (actually it was European fabrication.) The steel mill on top of the cars, the remodeled Nissan’s famous Skyline, is supporting a globe shaped greenhouse filled with exhaust gas and soot. The greenhouse = The Crystal Palace symbolizes that when Dostoyevsky saw this legacy of The Great Exhibition of 1851 in London, he commented on it “a victory of modern utilitarianism and rationalism”, which became a prediction of the supremacy of 20th century economic growth and its harmful effects (environmental destruction).