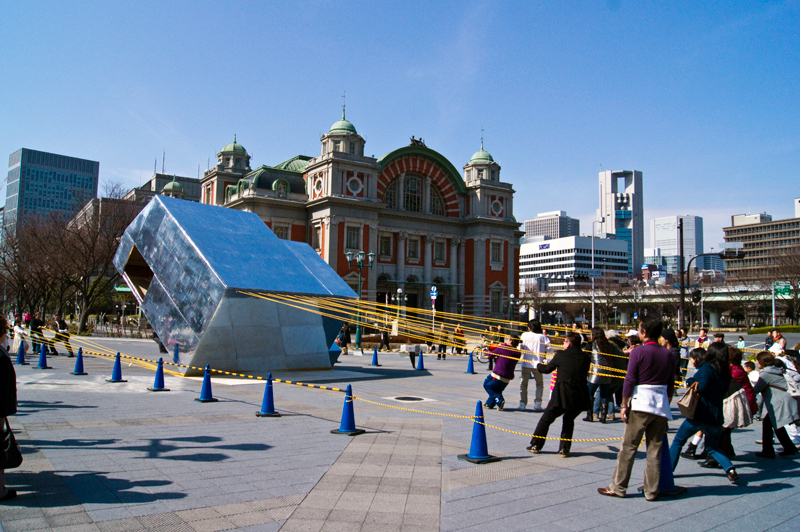 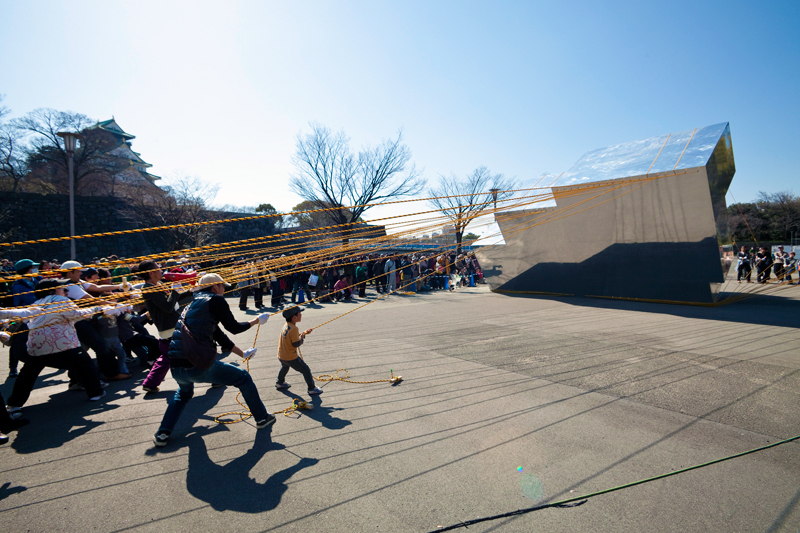 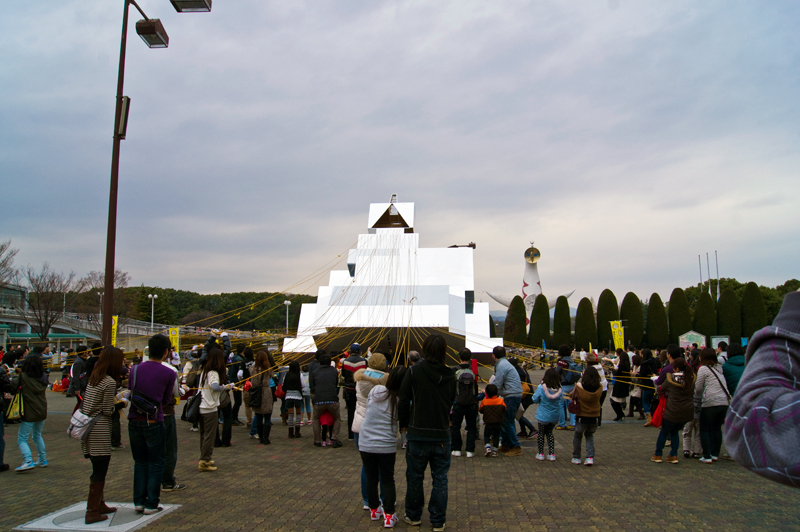 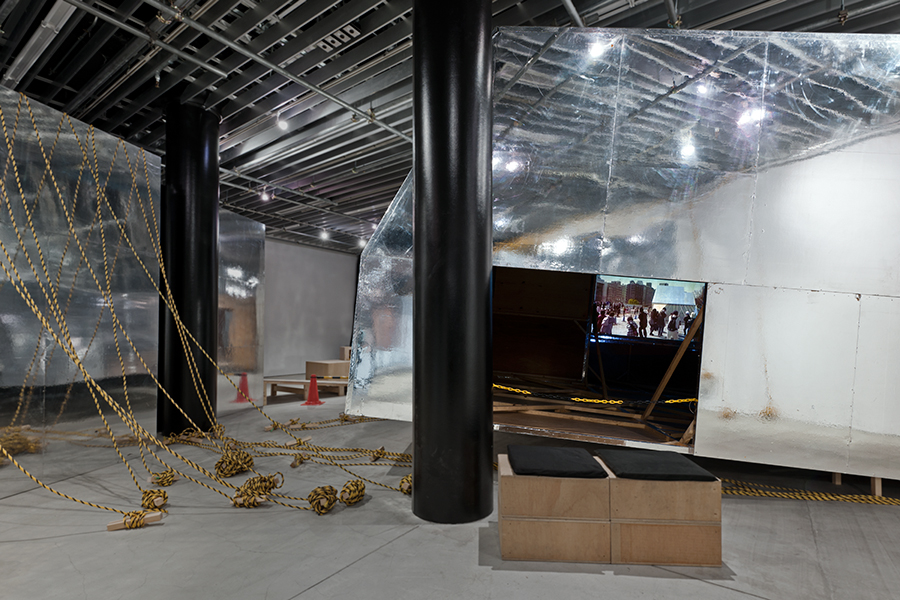 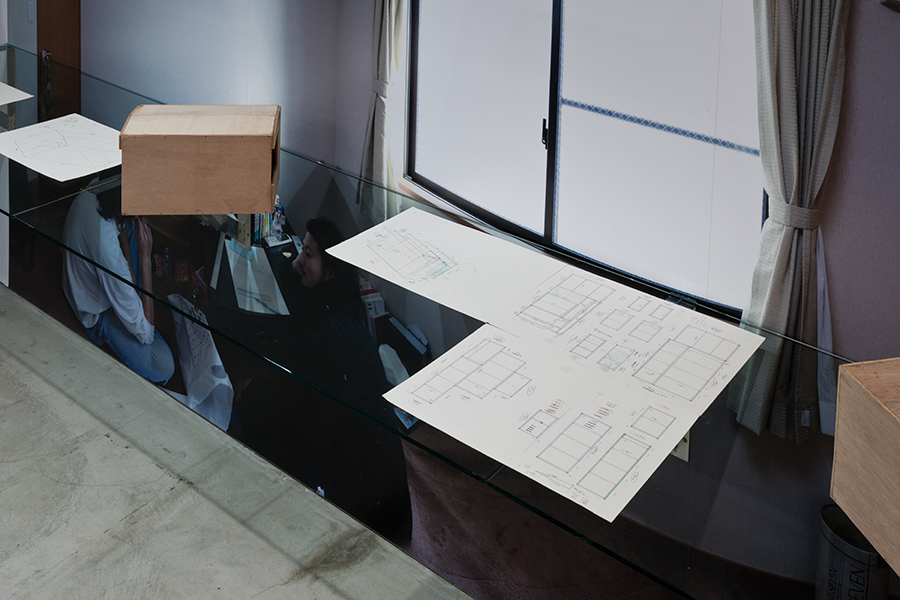 The performance series “H.H.H.A.” took place in Osaka, where unemployed rate is comparatively high in Japan. The structures created in the series were modeled rooms of project assistants who were temporarily employed by the Osaka government as part of social support for the unemployed. Some of the assistants were the so-called “NEETs,” abbreviation for the “Not in Education, Employment, or Training,” that could not get outsides of their homes.

The Great East Japan Earthquake hit Japan the day before the 2nd performance in Osaka. Things were rapidly and dramatically changing throughout this incident, but the fact that this project took houses as the structures’ model brought up some discussions, and, after all, the event had been canceled for that day. However, the following day, Kato announced to alter the action from “pulling the structure down” to “pulling it up” and executed the performance completing without making any crashing sound.