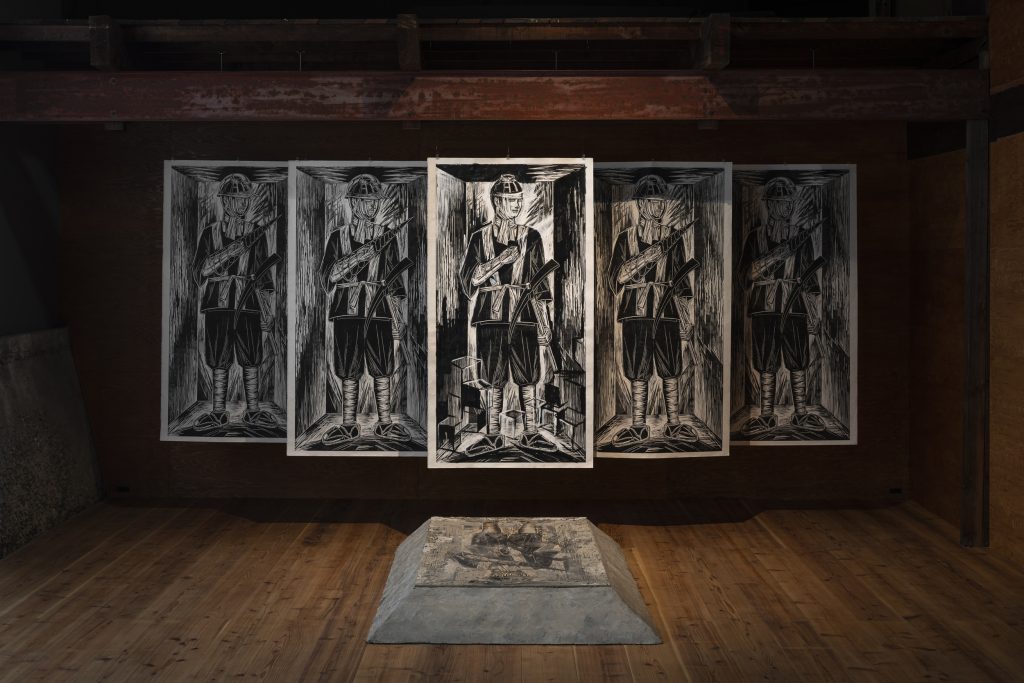 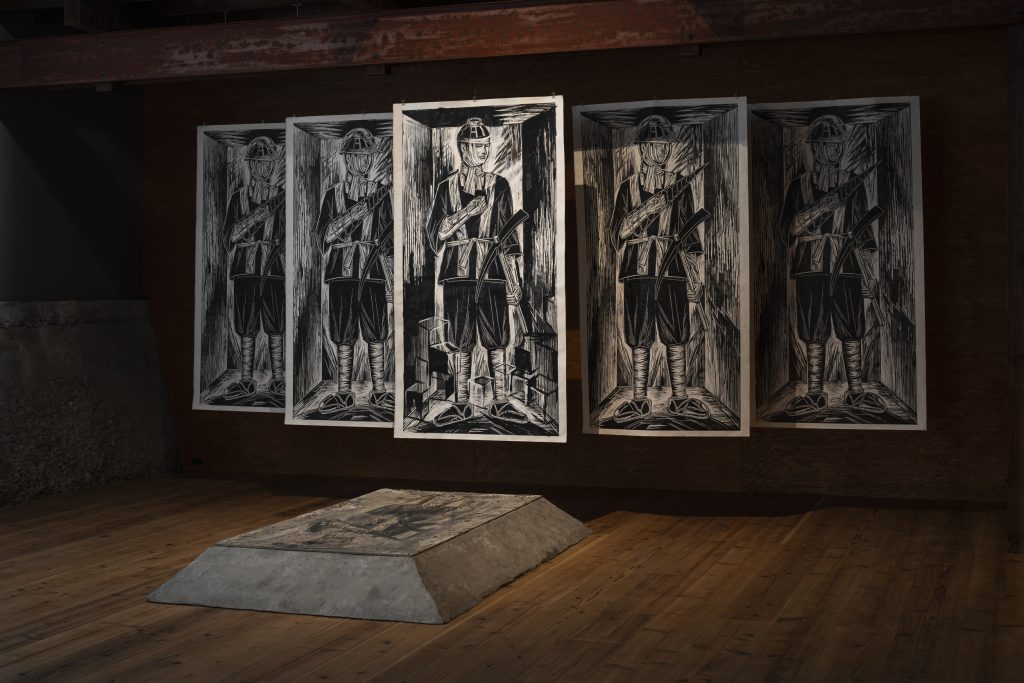 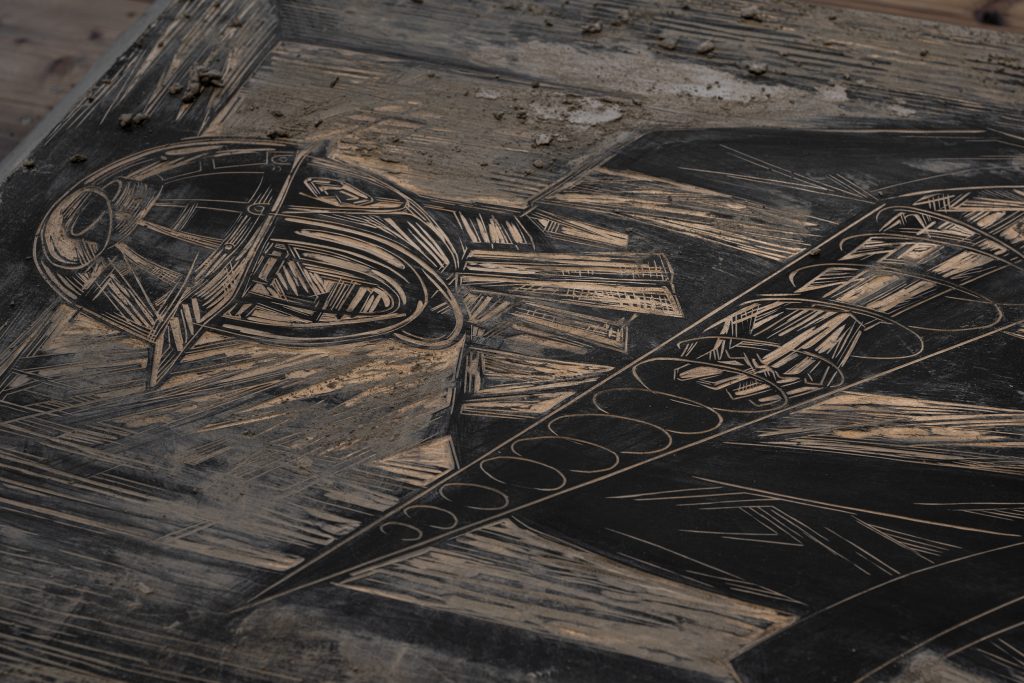 Coal, oil, and limestone have supported modern development. The miners who worked hard in these productions were the forefront warriors supporting the foundation of the industry. On the other hand, they are also "grave-diggers” who excavated precious fossils created by the accumulation of living organic matter over the eternity of tens of millions of years from the ground or the sea floor. The miners in this work depicted in a mix of old and new styles, dressed in traditional miners clothes with sandals, gaiters, and apron under the workman’s coat, and equipped with modern drills and helmets. This indicates that the history of mining has continued from early modern times to present times. Only the man in center has his modern equipment painted out to his old form, because ghosts are often depicted in historical clothes and this man is the representative of those dead.
One of the foundational works of architecture, a concrete base called leveling concrete, resembles an ancient tomb, and these miners are ghosts revived from their own tombs.