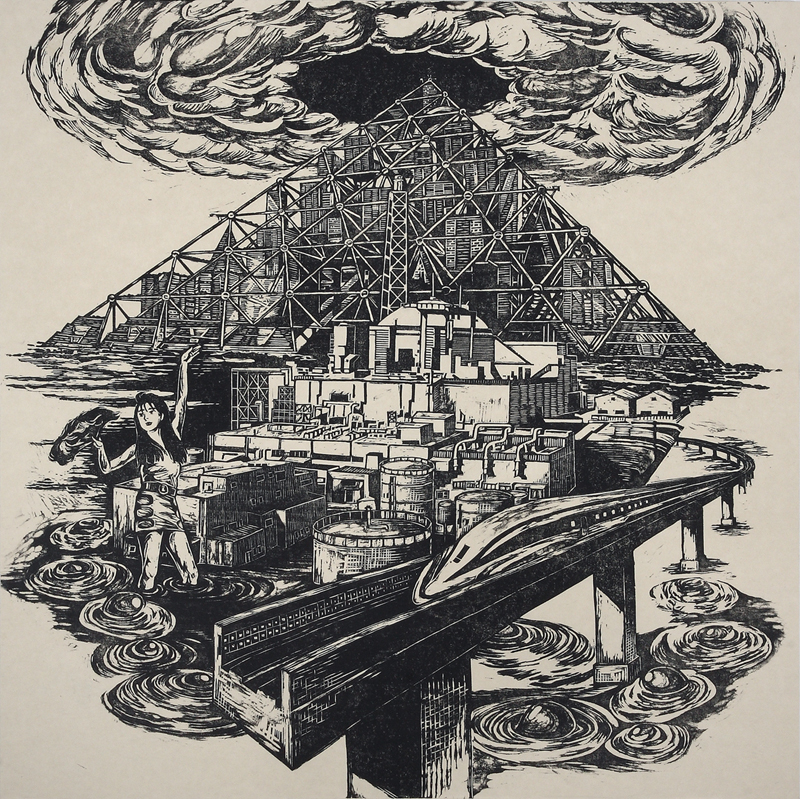 The pyramid depicted on the upper part is futuristic architecture anticipated by a major construction company in Newton magazine. This issue was published in 1992 and the feature was “Near-Future Prediction 2010.” However, such architecture does not exist even now, 8 years after 2010. The Monju fast-breeder reactor in the center foretells the present quicksand through setbacks and failures.