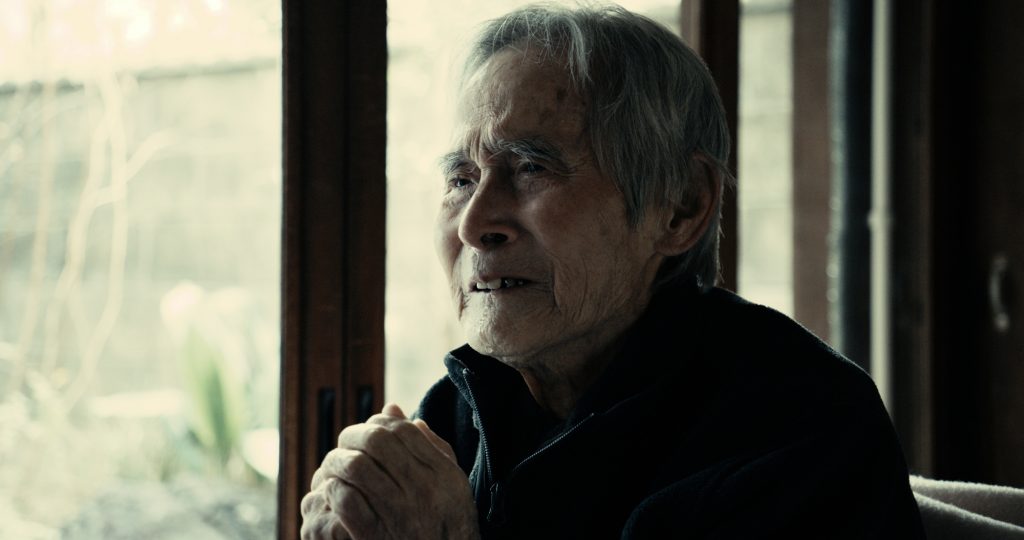 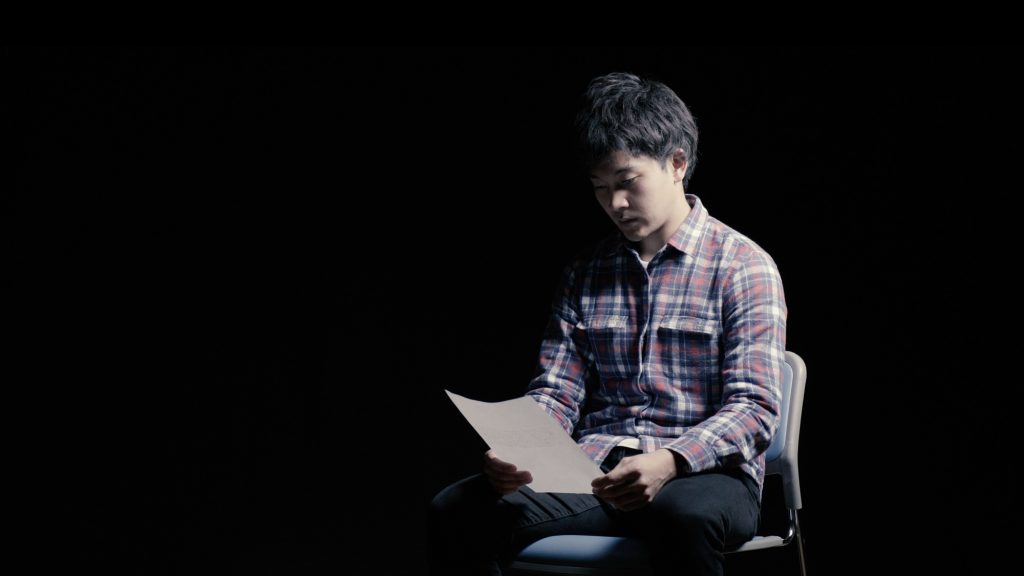 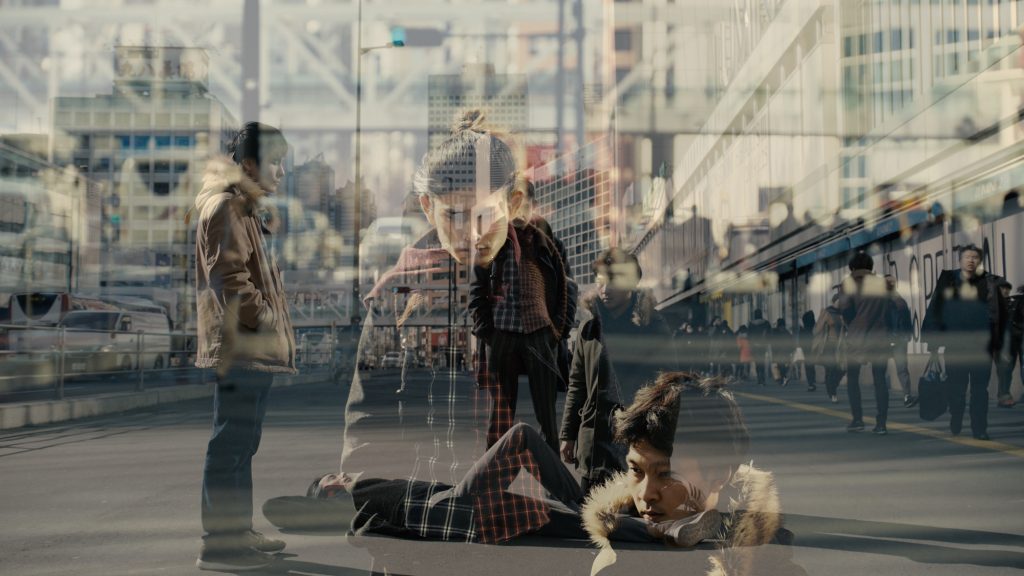 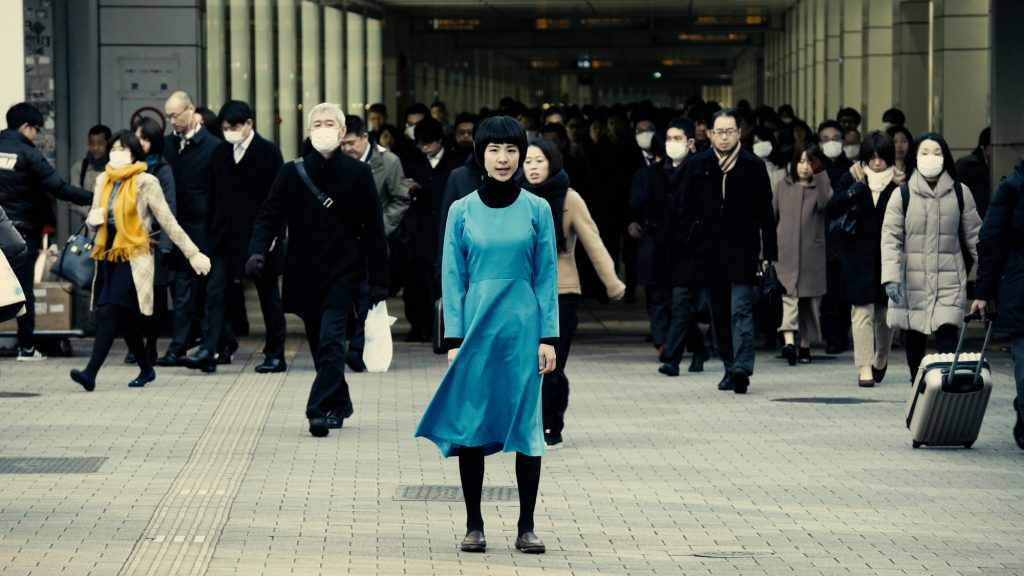 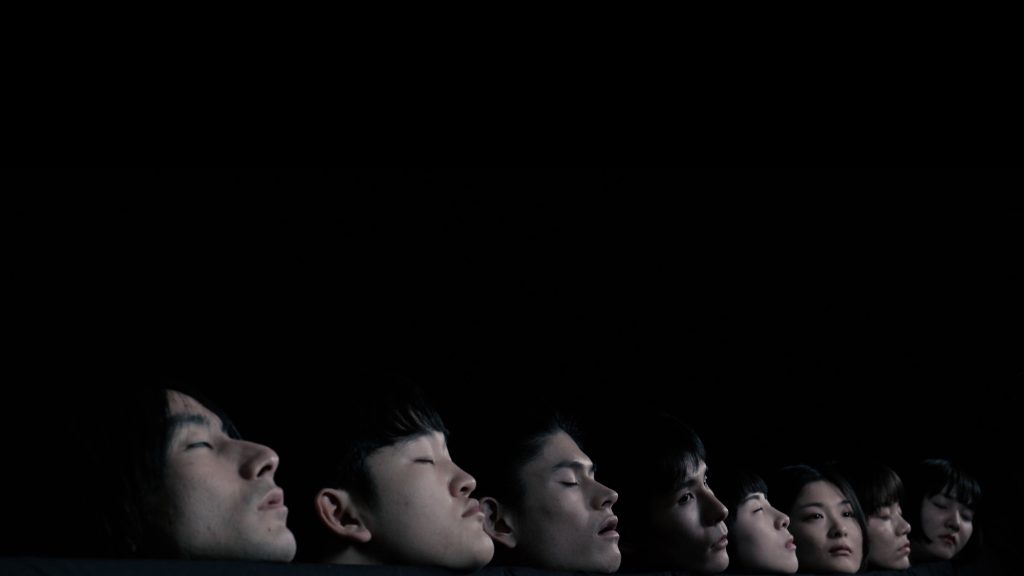 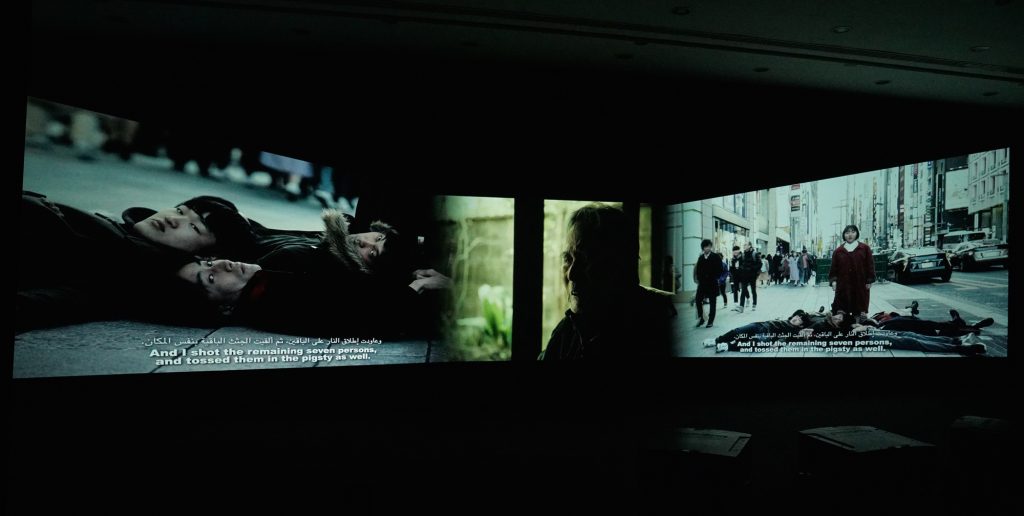 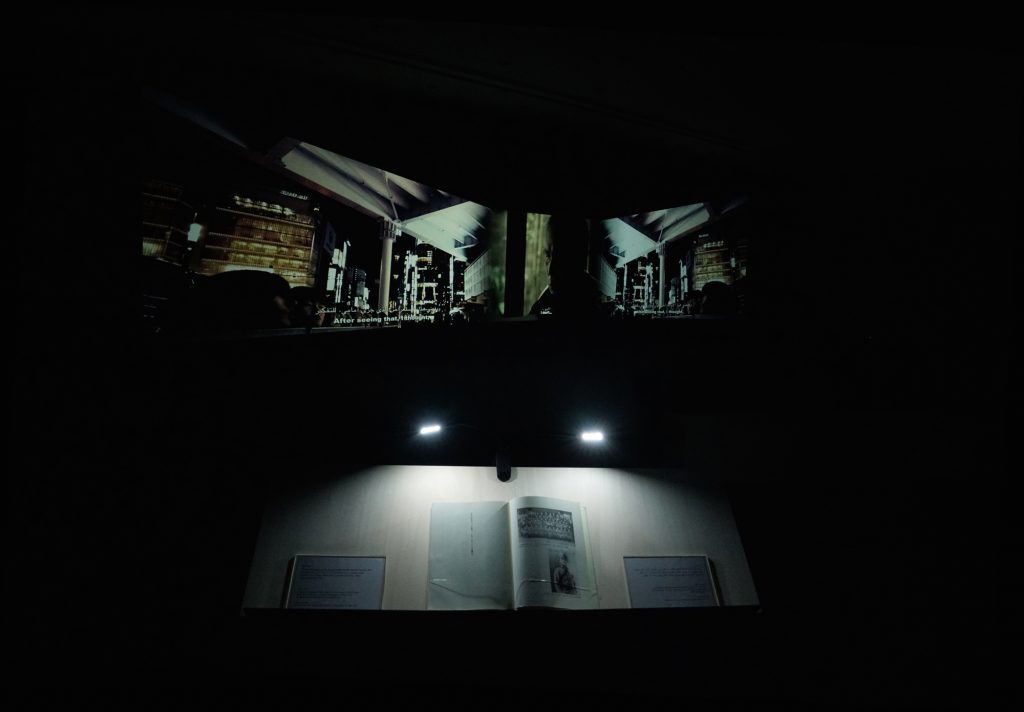 This work is based on the interview that I did with Mr. Hajime Kondo, a 99 year old war veteran from TheSecond Sino-Japanese War (1937 -1945).

Mr. Kondo is one of a few veterans who has been bravely making testimonies of war crimes that he committed during the war. These testimonies include killings of civilians and gang-raping of women. In the interview, I asked him if he remembers his own testimonies, and we found out that he is now too old to recall most of the events written on it.

After the interview, I asked 11 Japanese young people (from 16 to 26 year old) to memorize the original testimony of Mr. Kondo, word by word. And we created performances along with these words.

In the installation, the interview footage (30 minutes long - looped) is juxtaposed with the young people’s footages (47 minutes long - looped). Since the duration of the videos are different, their combinations are never the same. It continuously searches new ways of representing the history, which is almost forgotten both from personal and collective consciousness.