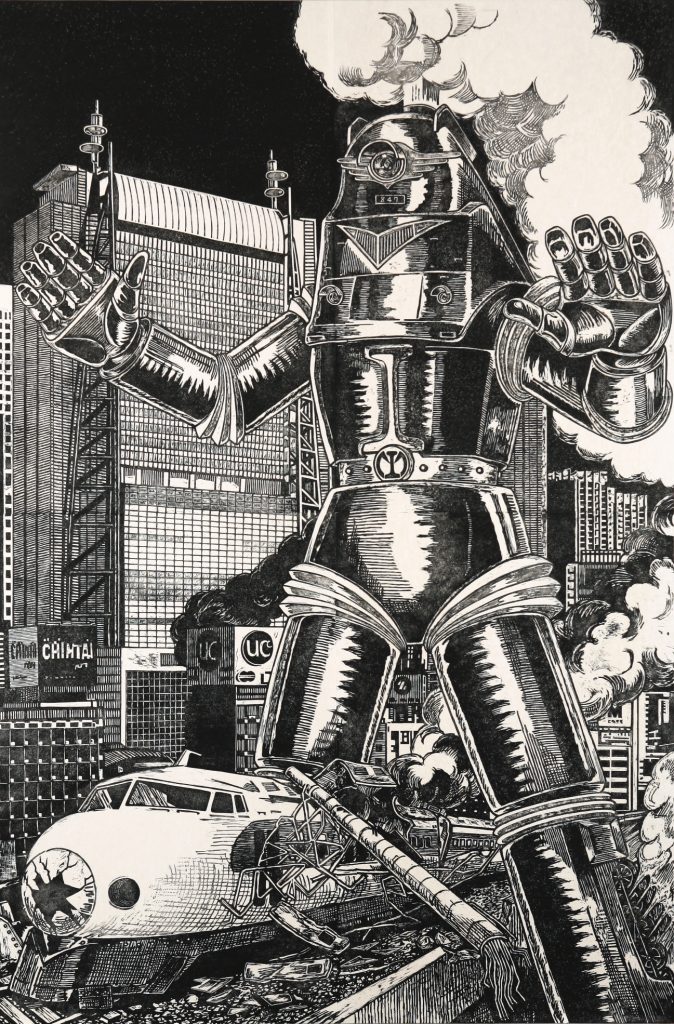 The Mantetsu-man, an avatar of the Asia Express which was an iconic train operated by the South Manchuria Railway (Mantetsu), manifested at Shiodome, Tokyo, the birthplace of Japanese National Railways. At the foot of the giant is a bombed-out Shinkansen bullet train! Did it attack the friend? Or, could it be the same conspiracy of the type that the Kwantung Army plotted and carried out?

Collection of The National Museum of Art, Osaka (A.P.)