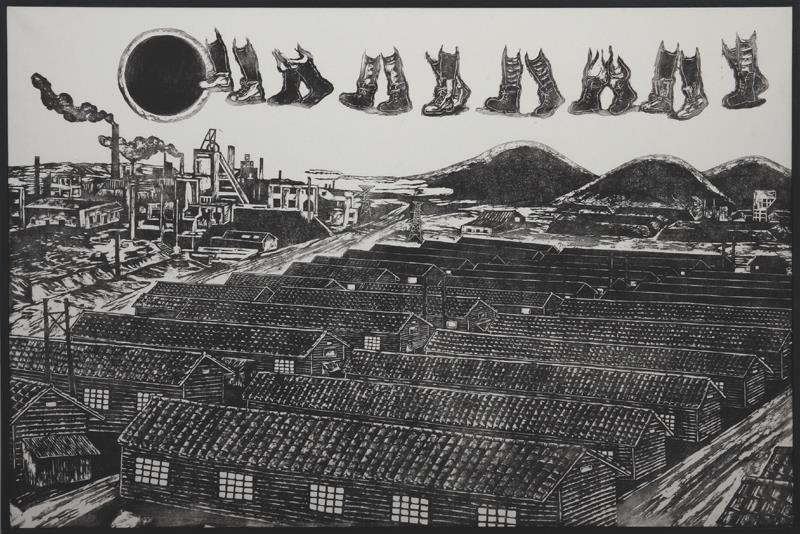 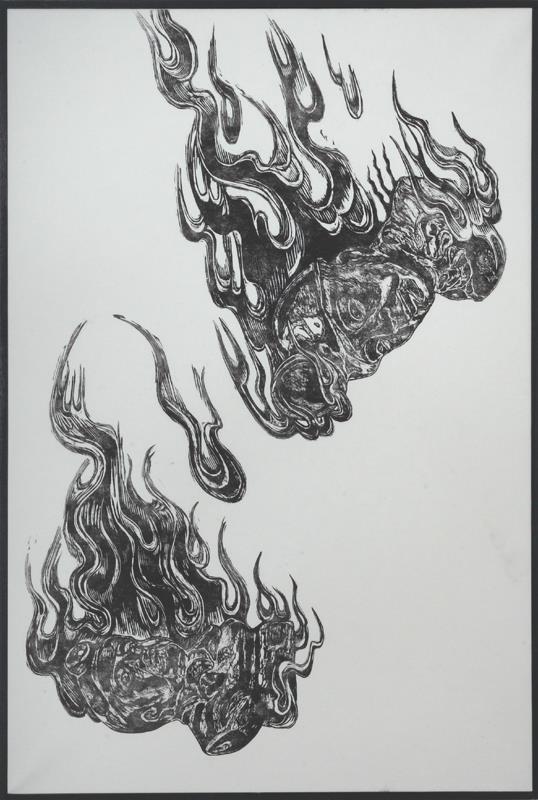 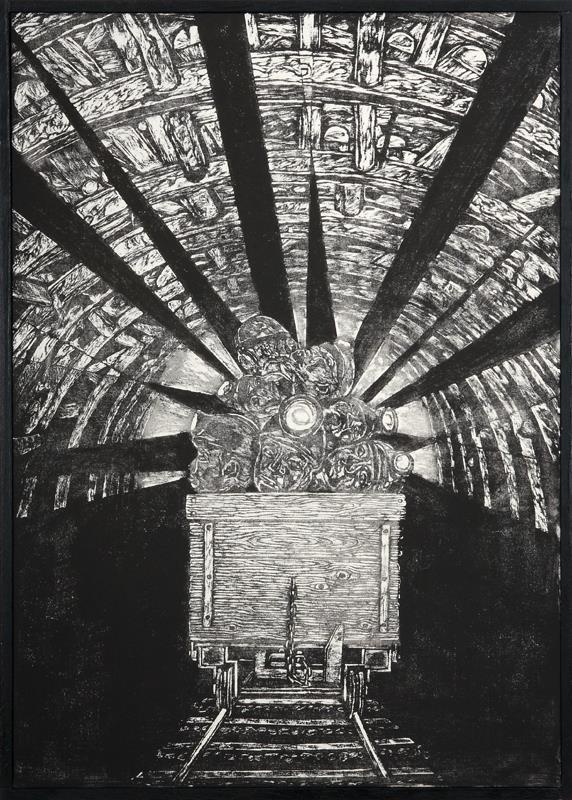 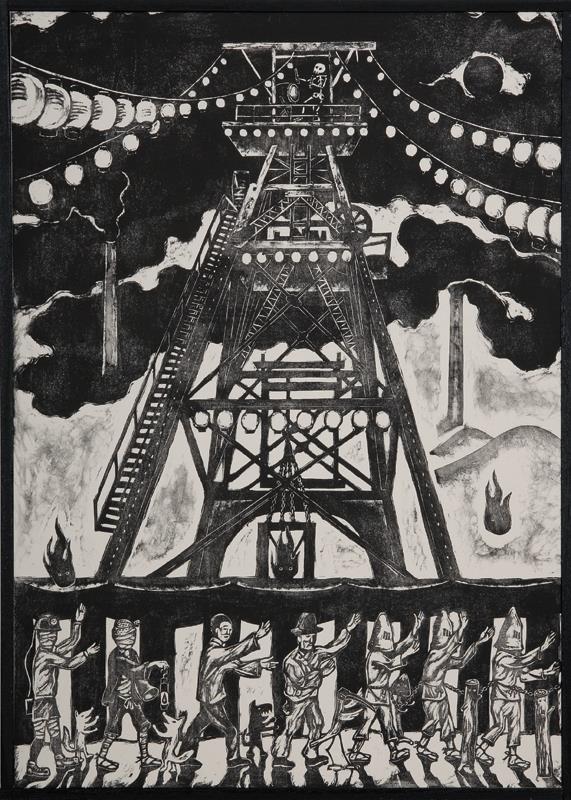 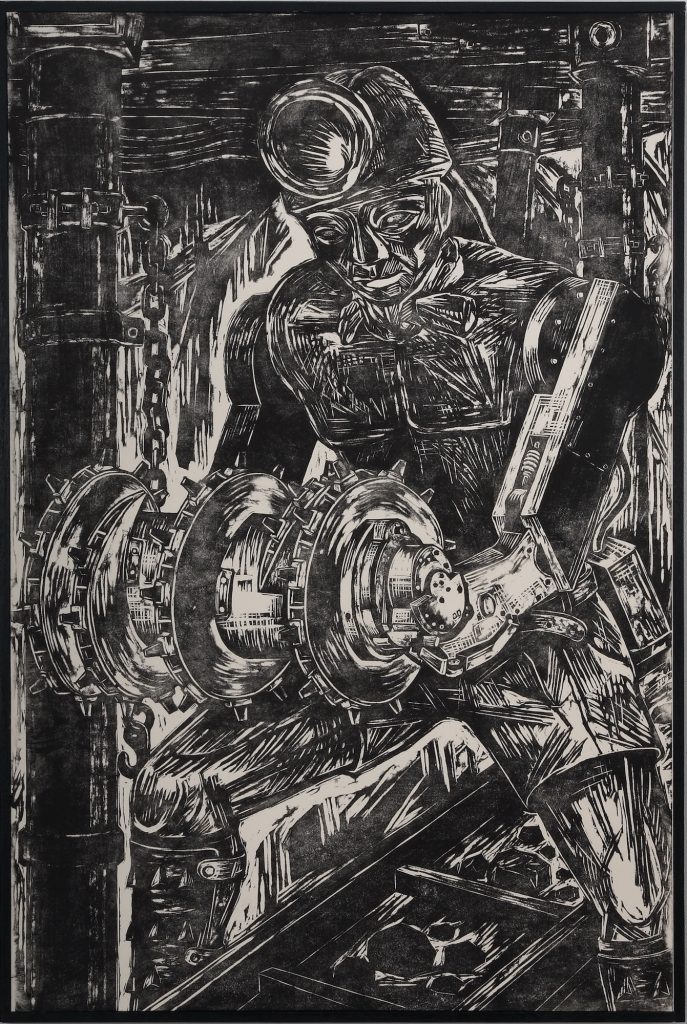 They go to the dark
Ghostly feet wearing gaiters are walking over the roofs of the coal miners' residence. Ahead of them is a gate to the tunnel where they are unable to distinguish day from night—and whether these people going inside the darkness are alive or dead, is uncertain.

Day when they become fire
These two human heads are the “coal dolls” produced during the Showa 30s (1955-64) for tourists at the Mitsui Miike Coal Mine. These coal miners (Kazama named them Tankotaro and Tankojiro), formed by adding resin to coal waste, are burning in recollection of the tragedy of the coal dust explosion which occurred at that time.

Fathers Return
It is said that in the Mitsui Miike Coal Mine disaster in 1963, over 450 miners were killed by coal dust explosion or by carbon monoxide poisoning. Unlike the “coal dolls”
produced by reusing coal waste, lost human lives will never return.

Made (nether world) in Tanko-Bushi
Those enjoying Bon dance along with Tankō Bushi (a song about coal mining), folk song of Fukuoka prefecture, are injured coal miners, foxes who came to eat their burned skin, and requisitioned workers—crowds of dead people and Mononoke (monsters) from the Yomi (land of the dead).

Cyber Tankotaro
Cave-in, explosion, fire, and gas poisoning—the scene of coalmine is always fraught with dangerous accidents. There will never be an invulnerable cyborg coal miner.