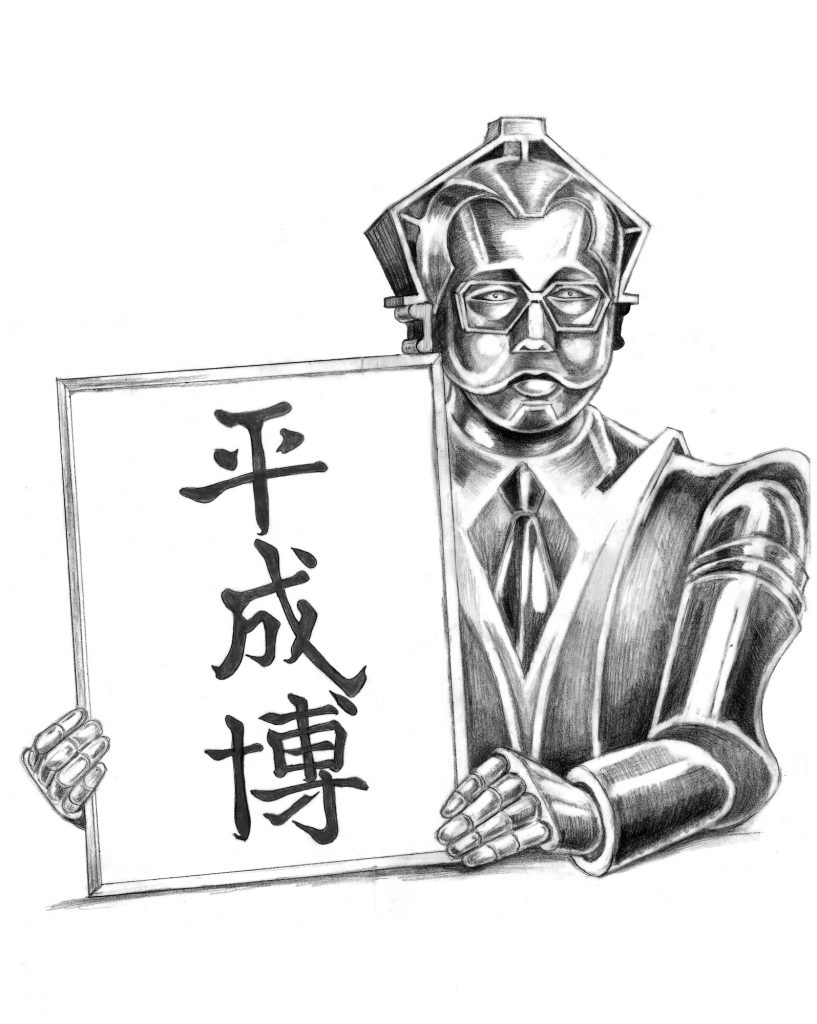 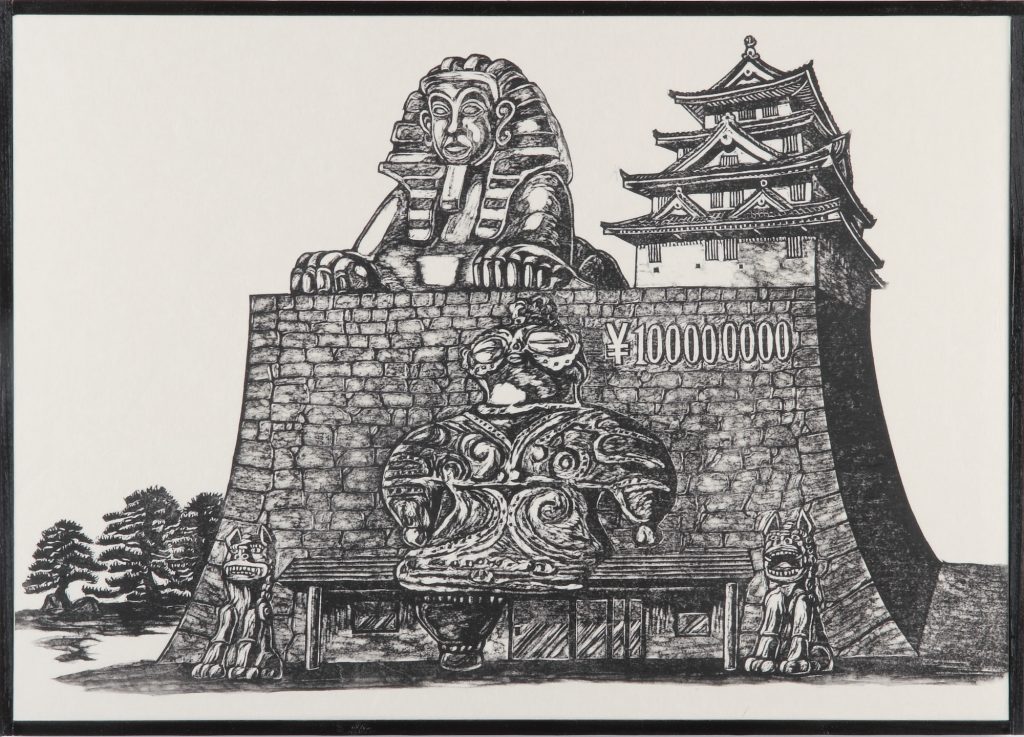 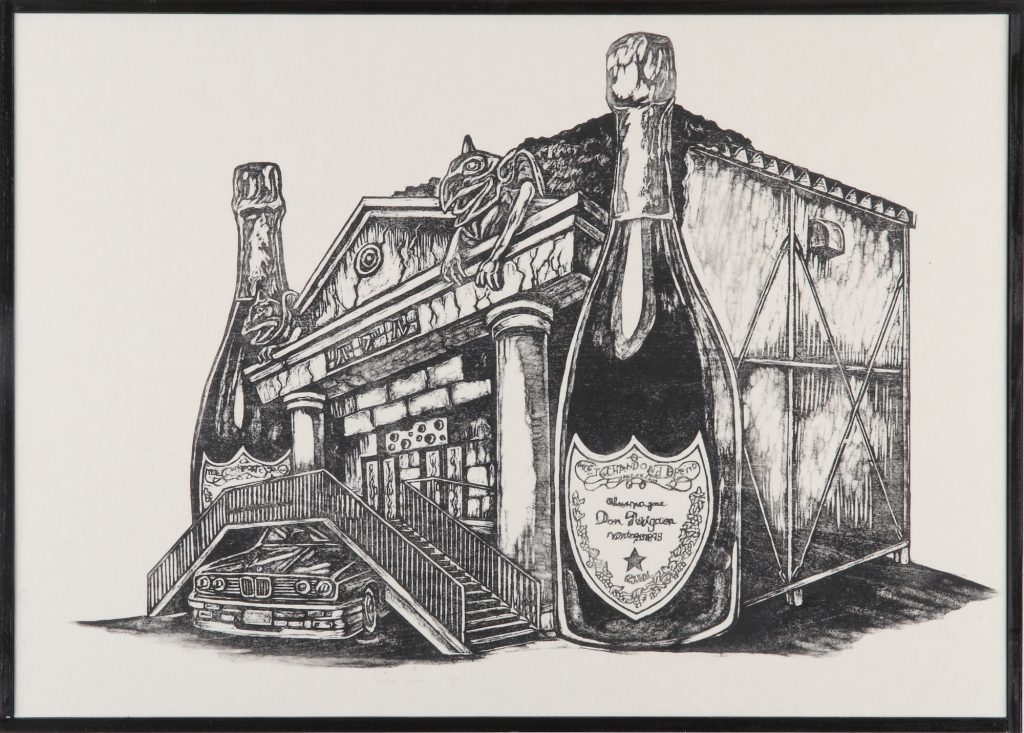 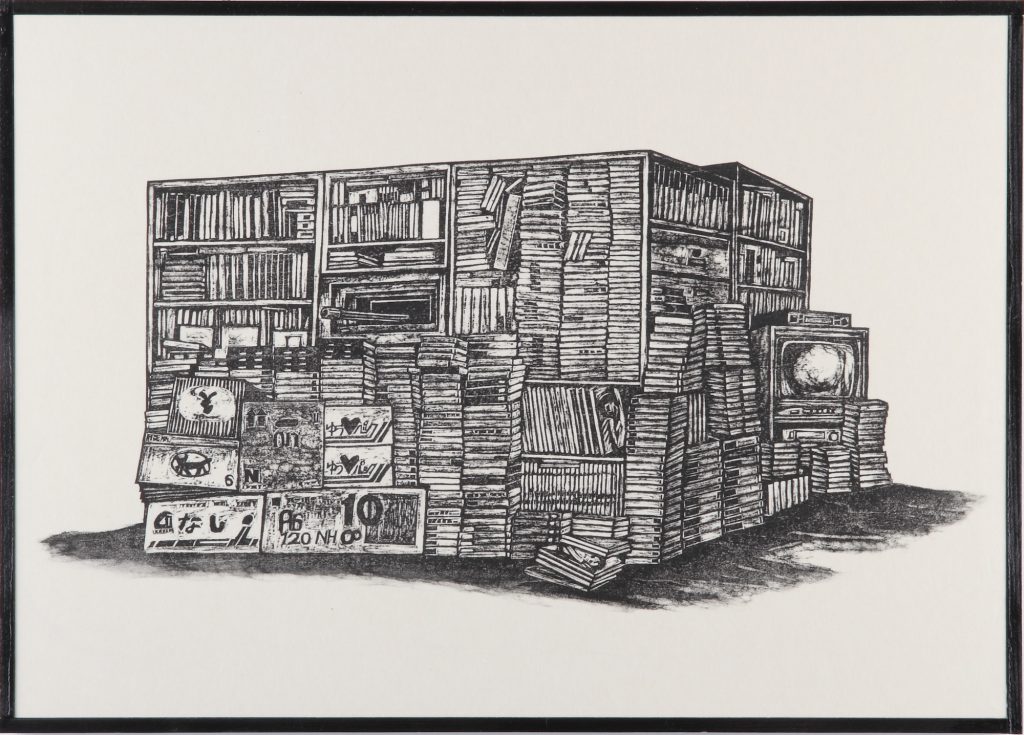 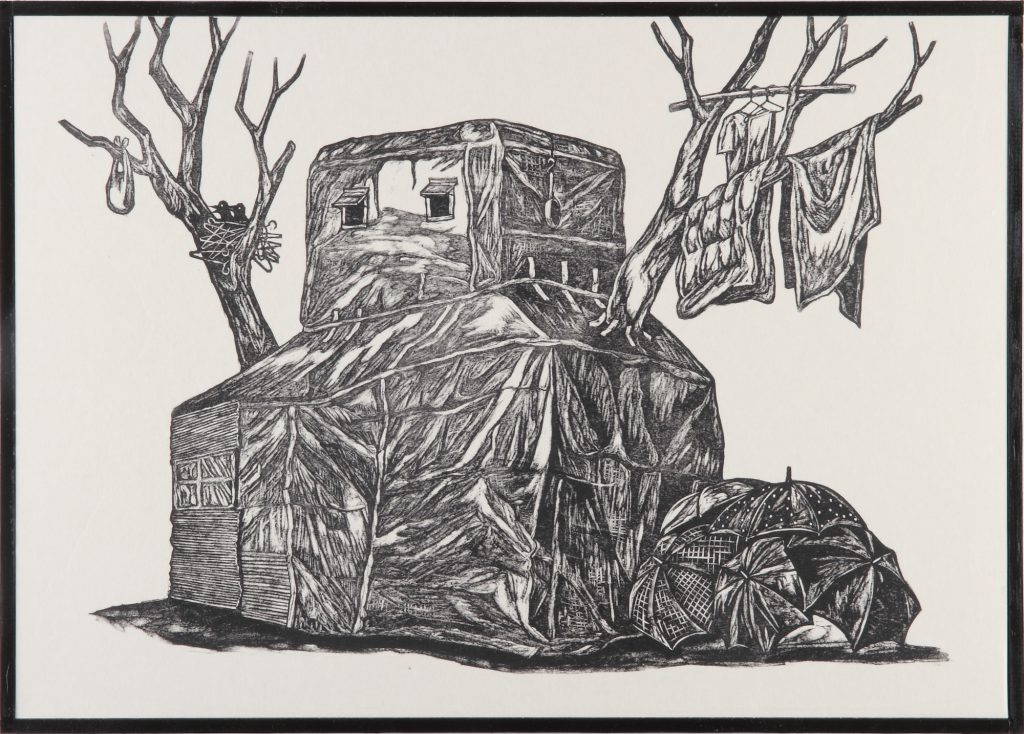 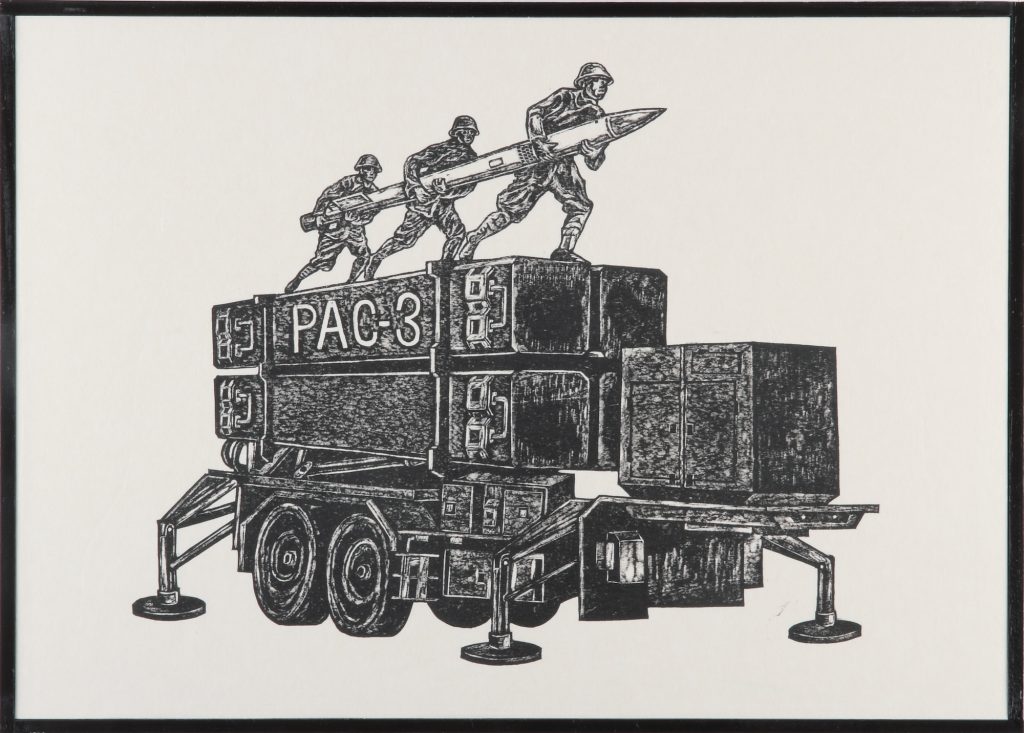 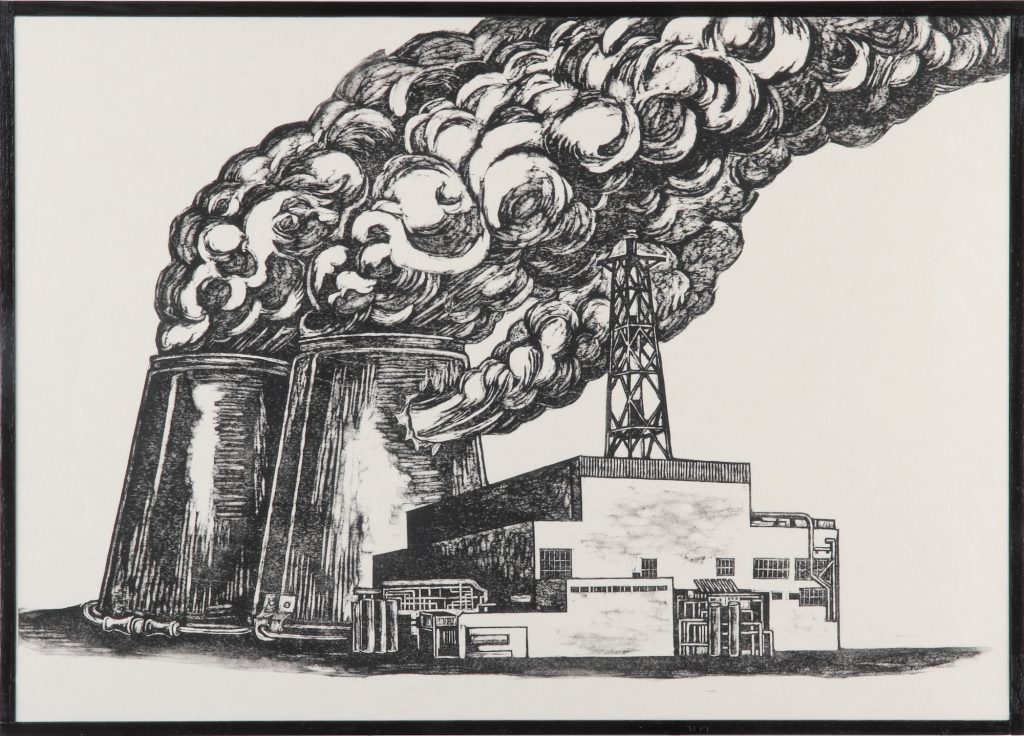 Peaceful Use of Nuclear Energy Pavilion 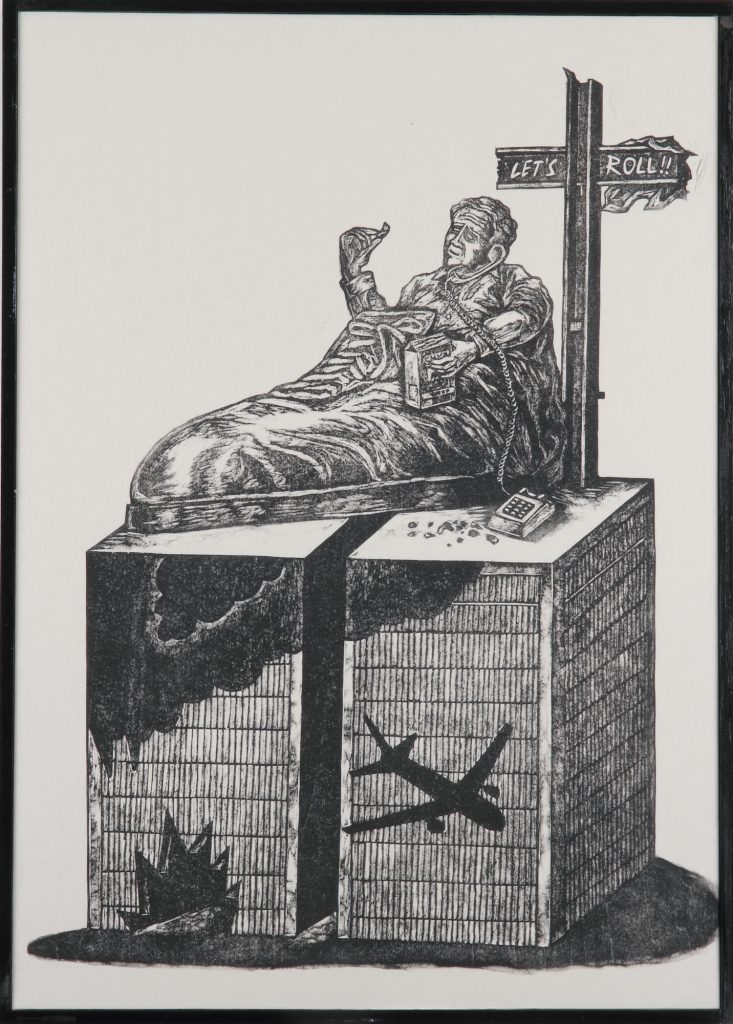 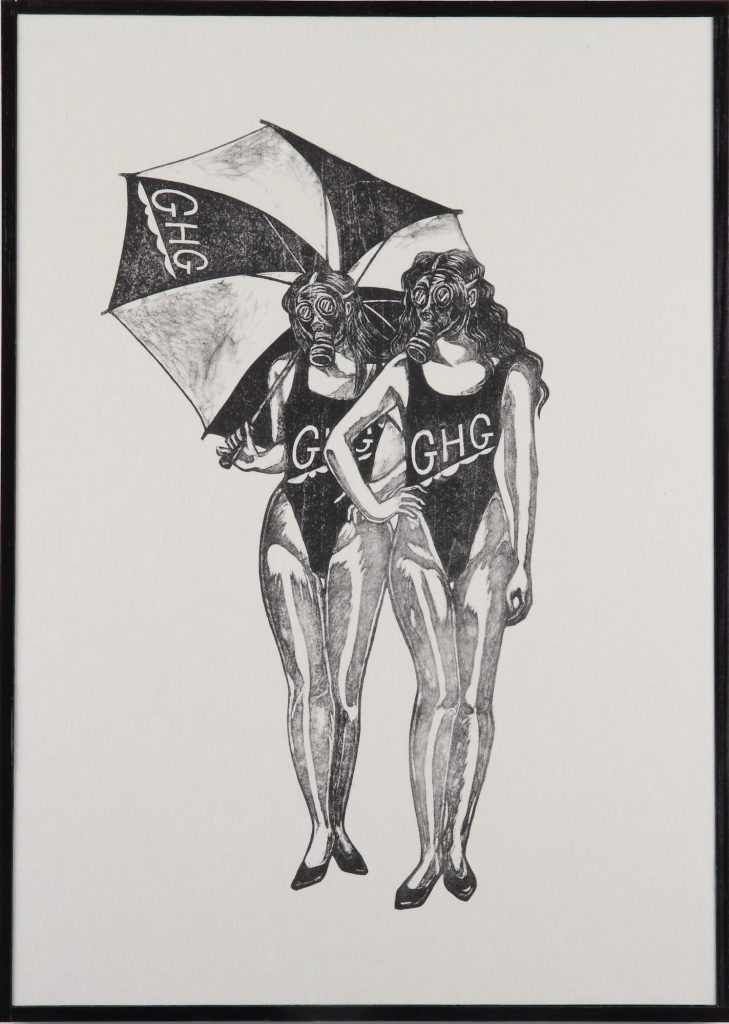 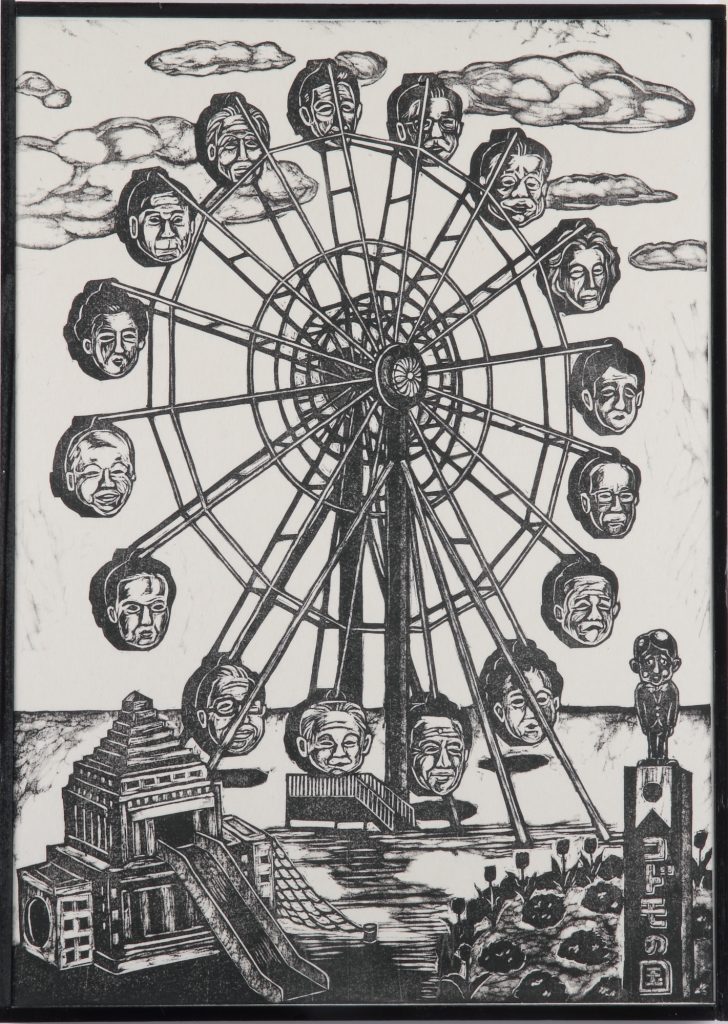 After the collapse of the bubble economy, in addition to the economic recession, social anxieties increased in the Heisei period due to various incidents such as the collapse of safety dogma, the rise of religious cults, and the 9/11 terrorist attack. In this series, various events during the Heisei period are represented in the form of pavilions such as the “National Defense Exposition” that had been held during the wartime, etc.