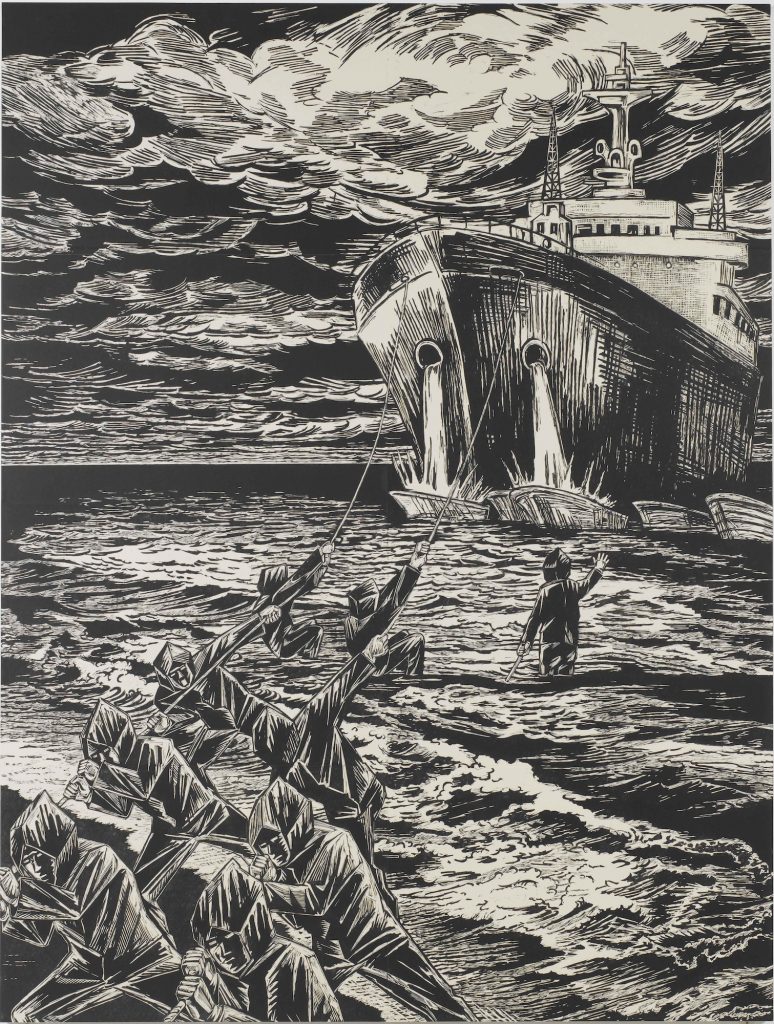 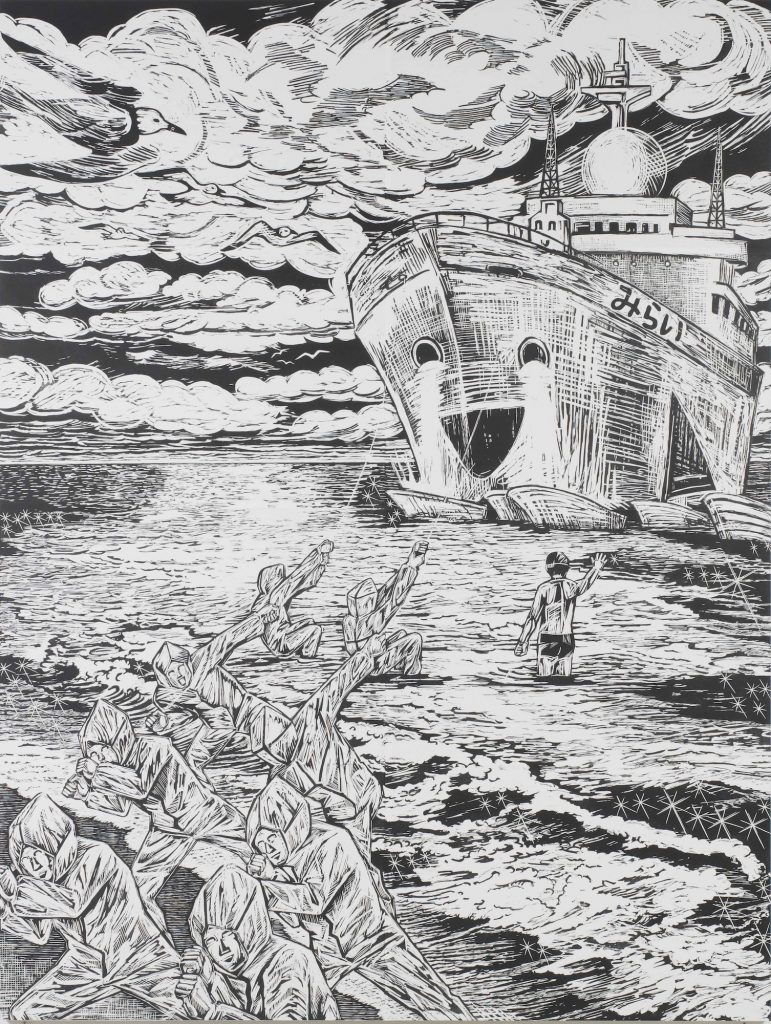 A nuclear-powered ship “Mutsu,” whose construction started in 1968, was, after a radiation leakage accident, reborn in 1996 as an oceanographic research vessel “RV Mirai (future).” This diptych was created out of one woodblock through two stages, in order to represent such a strange destiny of the ship. First, it was carved so as to carry much ink to produce black print, and then carved further to make the outcome much whiter. The woodcut prints were named Homebound Ship (Beached Black) and Homebound Ship (Future White), respectively. The ship’s body repainted in white appears to be disguising the dark past of being a symbol of the peaceful use of nuclear power.