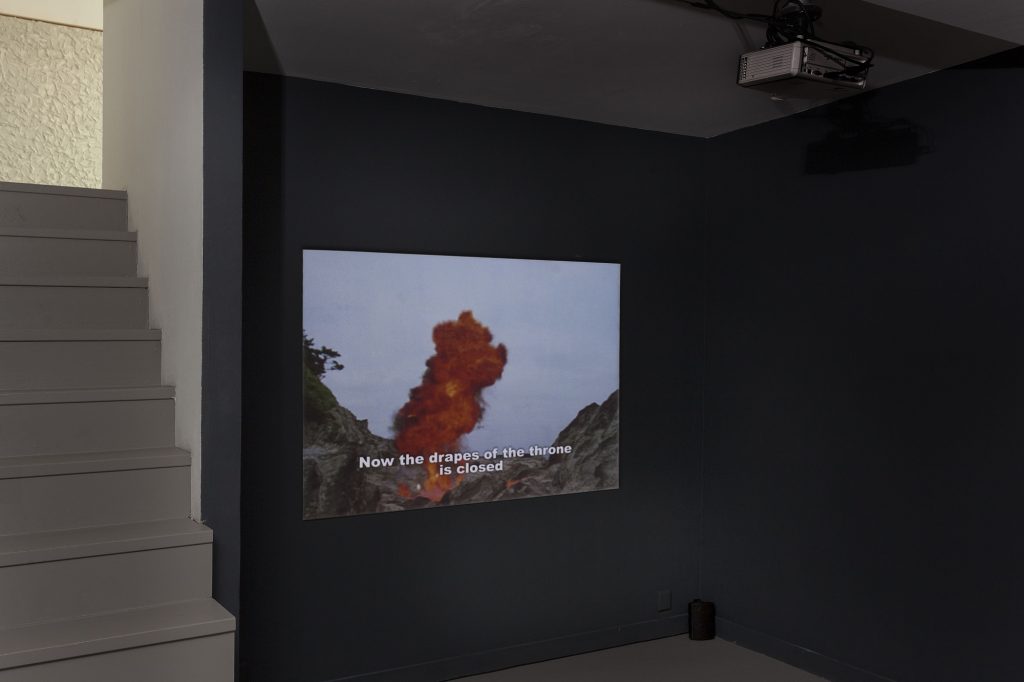 I had this strange dream when I was, I think, six or seven years old. Due to a food shortage, there is a decrease in production of chicken; there is not enough grain to feed them. So, they decide to feed human flesh to chickens. In this situation where someone has to sacrifice his or her life to feed chickens, my father is chosen. I cannot bear to be separated from my father and cry my eyes out. However, my father accepts his destiny calmly and is taken away by car. As soon as he is out of my sight, I suffer from acute fear and burst into tears again. Even after I woke up, I kept on crying in bed.
I questioned myself why did I see such strange dream. Then I realized that it was the influence from TV super hero series which I was watching as a small child. So I rented the DVD’s of Kamen Rider, one of the most popular series at the time, and watched them all. And I found all the motifs in there.
I took fragments from all 98 episodes of Kamen Rider and edited over the voice of the ceremony of enthronement of current Emperor Akihito. The flow of the fragmented images forms a stream of consciousness like language does. But this flow does not construct any logical meaning, but rather, it constructs anxiety and fear of Imperial system that are deeply embedded in our unconsciousness through culture and animistic sensibility.