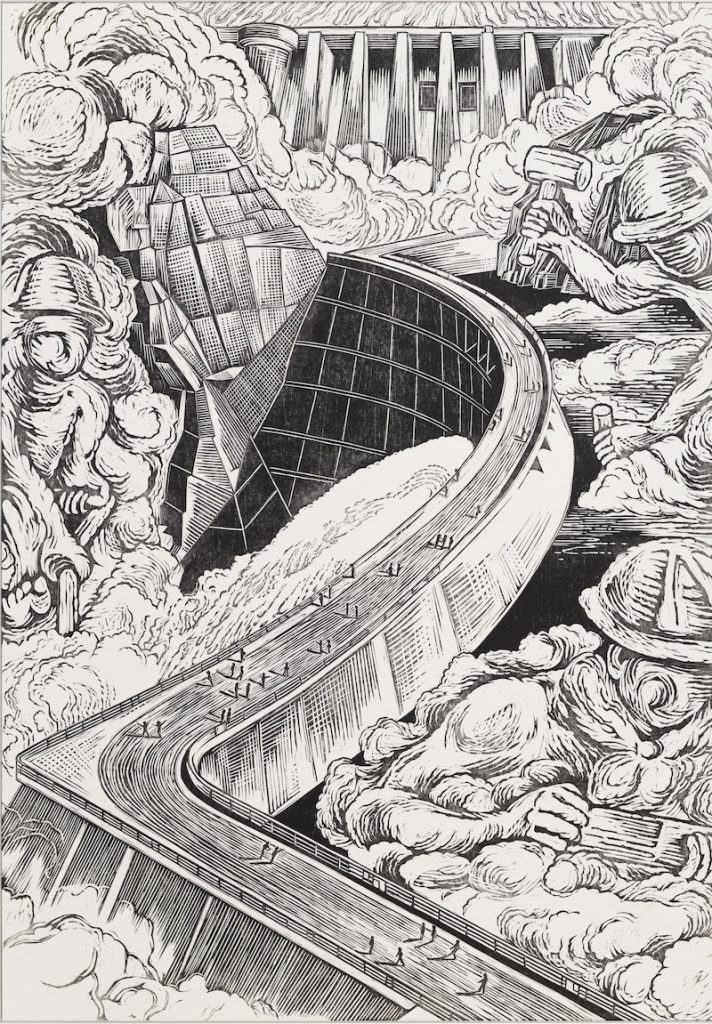 The ending scene of the Rhinegold, the scene of the entry into Walhalla Castle, in which the maiden of the Rhine River grieves by saying: ‘Only in the bottom of water, are there trust and sincerity. Above water, unfair mendacities are rife and enjoy their prosperity!’ While the Kurobe Dam is originally likened to Walhalla Castle, as the stage set of the print, the Roman-styled building in the print is likened to Walhalla Castle since it is very similar to the Walhalla Shrine which was ordered to build by Ludwig I of Bayern. The road leading to the building overlaps an arched footpath of the Kurobe Dam. Careful observation makes us notice that the rising cloud forms into laborers. These are copies of carved figures on the cenotaph built in the Kurobe Dam.
In the moment of the entry into Walhalla Castle, the Thunder God Donner swings a hammer to rally clouds and creates a thunder. Froh (Frey), the Fertility God, builds a rainbow bridge which leads to the castle. Laborers with hammers are overlapped with the Thunder God Donner.