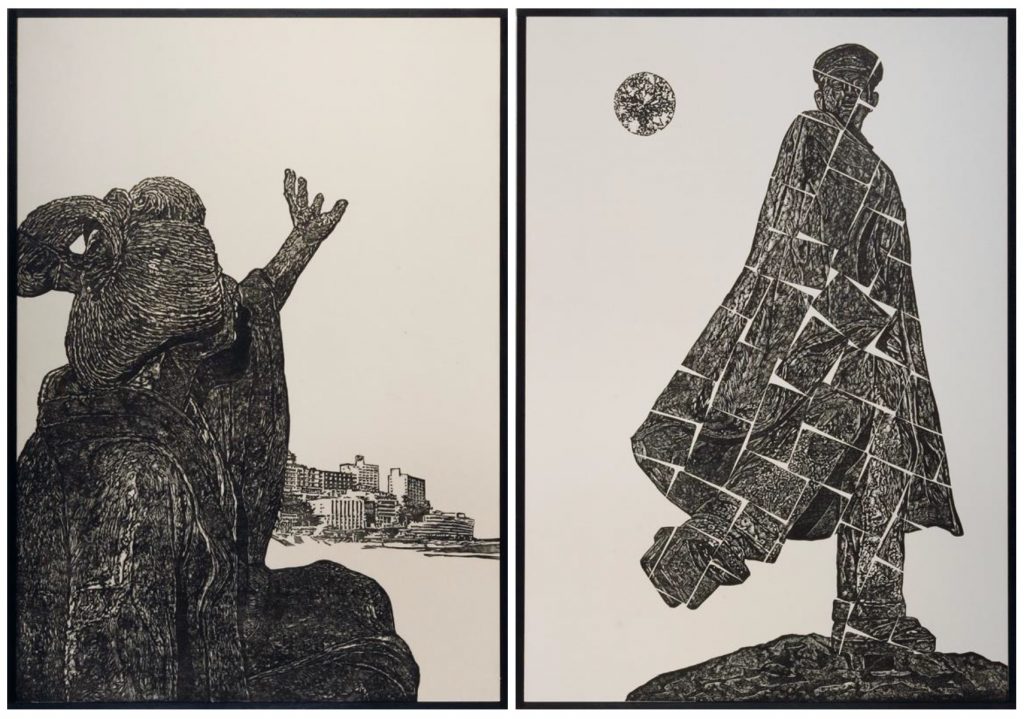 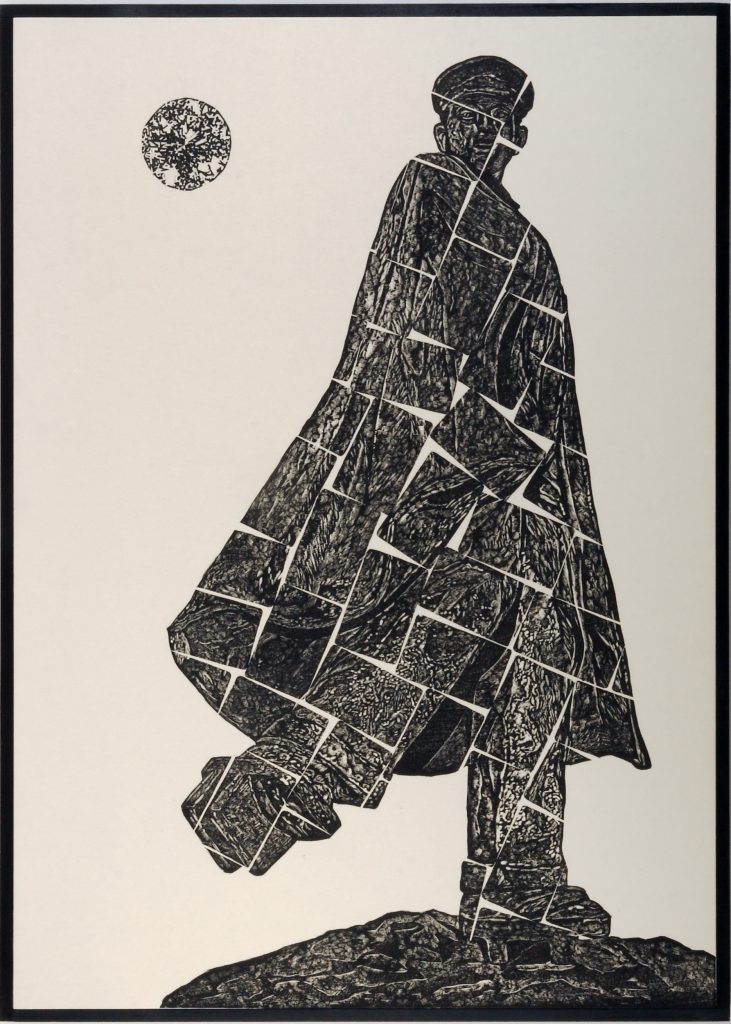 Depicted here are Omiya who betrayed her lover as she was blinded by a diamond, and Kanichi who avenges himself on her by becoming a loan shark in Konjiki Yasha (The golden demon) by Koyo Ozaki. The principal cause of this tragedy is money, same as the resort development of Atami, Japan’s version of Hawaii’s Diamond Head, which declined after the collapse of the bubble economy.