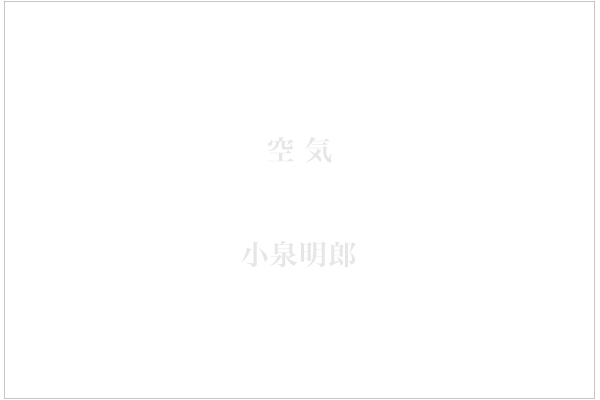 The exhibition title AIR is the title of series of artwork Koizumi created for the current exhibition, MOT Annual 2016: Loose Lips Save Ships at Museum of Contemporary Art Tokyo (MOT), but was not realized to exhibit. After consultation between the artist and MOT, Koizumi decided to leave only a caption of the artwork on display to show a trace of his self-censorship.
We decided to show the artwork at MUJIN-TO Production after Koizumi showed us images of the work and heard that the exhibition had opened in the absence of AIR.

Meiro Koizumi is one of the participating artists as well as the co-director of Loose Lips Save Ships. He defines that Loose Lips Save Ships is an exhibition to deal with the mechanism of subjectivity of self-censorship, which is hard to see. Koizumi created the work AIR, a portrait of the Emperor of Japan, for the exhibition and in the MOT exhibition leaflet it is introduced as a work born out of dilemma that he can ideate with neither a man nor a taboo. However, a judgment whether to exhibit the work has been made based on a certain subjective ethic during the exhibition planning process, and Koizumi decided to turn down the work to exhibit to respect the judgment. His decision has disappointed all the organizers who believe in the museum and are still struggling, and Koizumi is torn between the questions if he should have persisted more and believed in the museum, or if there was a certain limit he should respect.

In the society we are living in, self-censorship and regulation are carried out in various situations across genre. It mostly occurs behind the scenes and what we get to know on the news is just the information, which is surfaced after having gone through several stages of regulations and censorship. It is the same in the field of expression. For example, the expression that has become public and been distorted by an objection goes to the news, but backstage negotiation and discussion taken place beforehand is rarely revealed. We should not continue being innocent bystanders and satisfied with provided information against such regulation and censorship.

Positive and negative reviews of Loose Lips Save Ships are posted on the Internet, and the audience who visited the museum as well as who has not seen the exhibition would already know that there are ongoing problems exist concerning the museum system. Actually, MOT and the artists are still having discussions and negotiations and minor changes of the display have been carried out even after the exhibition opened. We should not conclude the issue as an internal problem between the museum and artists.

How we should face to the expression, in the age of monitoring, intervention and flaming. Why AIR was not be able to be exhibited.
Koizumi and we would like to consider them with the audience and hope to meet and have a conversation with people of different values and opinions at a gallery where we have different role from a museum.