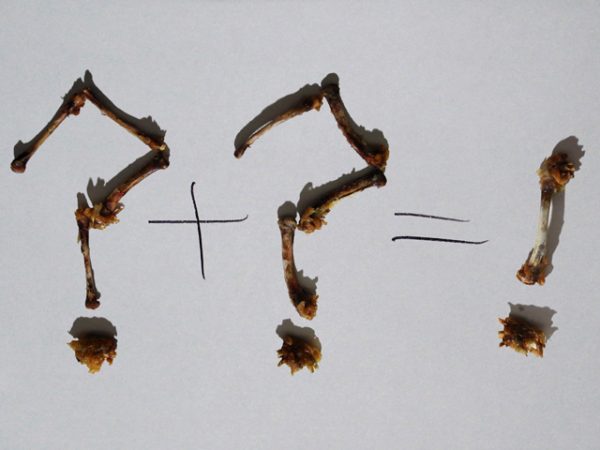 Osamu Matsuda has explored Japanese mass culture as the mess of junk, hi-tech, delinquents and Otaku, through which he pursues universal and fundamental themes like sex or death. Without trying to fill the gap between “low” and “high”, Matsuda rather portrays the low culture as it is, with no hesitation to sometimes appear offensive to audience, which allowed him to capture the madness sneaking in the banality of ordinary life and to figure it out as a matter of fact.

In his recent activity, Matsuda has produced very short loop animation works where he himself appears, and demonstrated intense video experience in such a short time as 10 seconds or so. Compiling those video works, Matsuda released his DVD collection “GATAPISHI!” in 2011, whose title comes after the same sound Buddhist concept “GA(self)/TA(other)/PI(there)/SHI(here)” as the state of disharmony, and as the word suggests, his works snapshot the fundamental solitude and despair in our society in a pop and candid manner, while gazing into the fundamental cleavage laying between “self” and “other” or “here” and “there”. Neither relied upon “self” with subjective expression nor “other” with objective documentation, Matsuda lives in the unbridgeable gap, and such his reality confronts audience with shaking their ground and involving them often in a violent way.

Three years since his previous exhibition “Okami Shonen Video [Wolf / Boy / Video]” in 2009 mostly focusing on his video works, “Nikoichi!” will present his new constitutive concept Nikoichi and its fruits in three dimensional works. Nikoichi, a spoken language for “2 makes 1” [Niko= 2, Ichi= 1], generally refers to a restore skill that makes up one finished product out of two defective products of the “same” model (A’ + A” = A), whereas Matsuda’s Nikoichi is a creative skill that brings about one finished product out of two “different” objects (A + B = C). Resembling to college or assemblage, however, Nikoichi exclusively focuses on “2” as the minimal unit for relation and “1” as the minimal unit for existence, unlike those methods not necessarily specifying the component number, and is conceived as the method consciously radicalized to exploit the dynamism of “2” to “1”, or, relation to existence. Coexisting and conflicting simultaneously, those Nikoichi objects will stand for Matuda’s new step from the limit of relationship explored in “GAPAPISHI!” toward a hope due to the limitedness.

Dealing with founded objects picked up from the mess of comtemporary society, Nikoishi will never let them trapped in chaos as comfortable “harmony”, but rather demonstrates them in inevitable “arbitration” out of the inescapable clash. With the advent of human, product, and information networks, our “self” and “other”relationship is screamimg in disharmony in multiple layers such as individual, citizen, region, society, state, culture or religion, to which Matsuda’s Nikoichi will offer the way of wild and rough coexistence to audience, as much of stimulation, as not a little violence, and as all the more rich suggestion and inspiration.