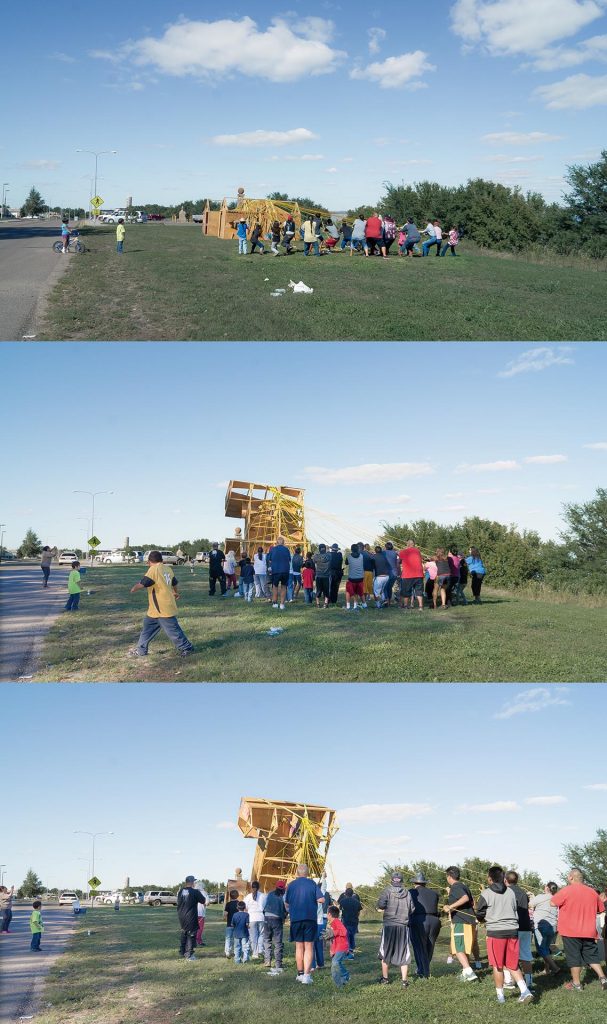 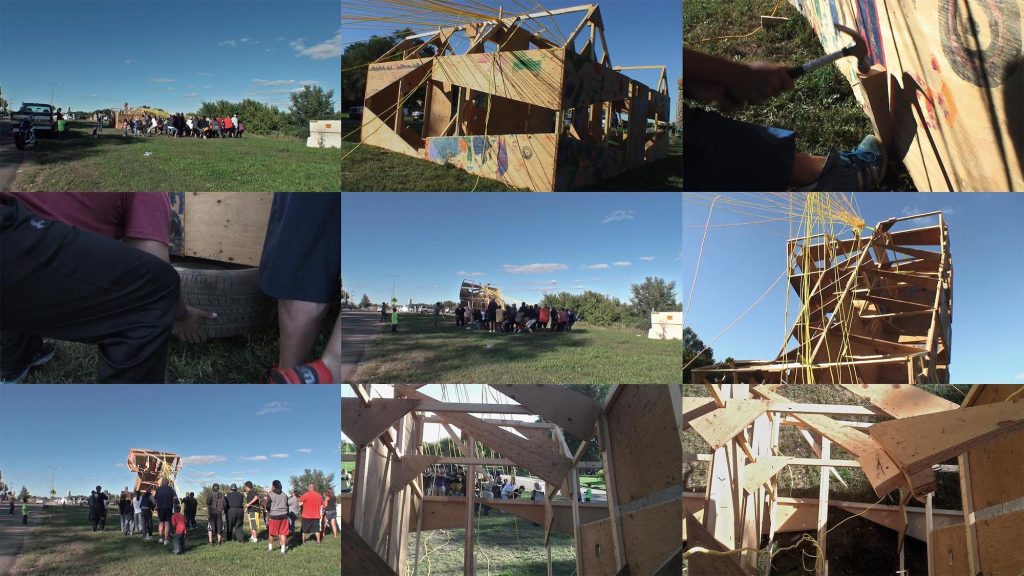 During his journey in the U.S.A., Kato witnessed how the American globalism, all built up with so-called “freedom” and “capitalism,” is taking over diverse localism. He has decided to hold the initial “Pull and Raise” project in the U.S.A. and chose a Native American Reservation in North Dakota as its location. A 10 meters tall Tepee, which is a symbol of Native American’s cultural identity has been pulled and raised by students of United Tribe Technical College, Bismarck and the supporters. Filmed at United Tribes Technical College, Bismarck, North Dakota, U.S.A.