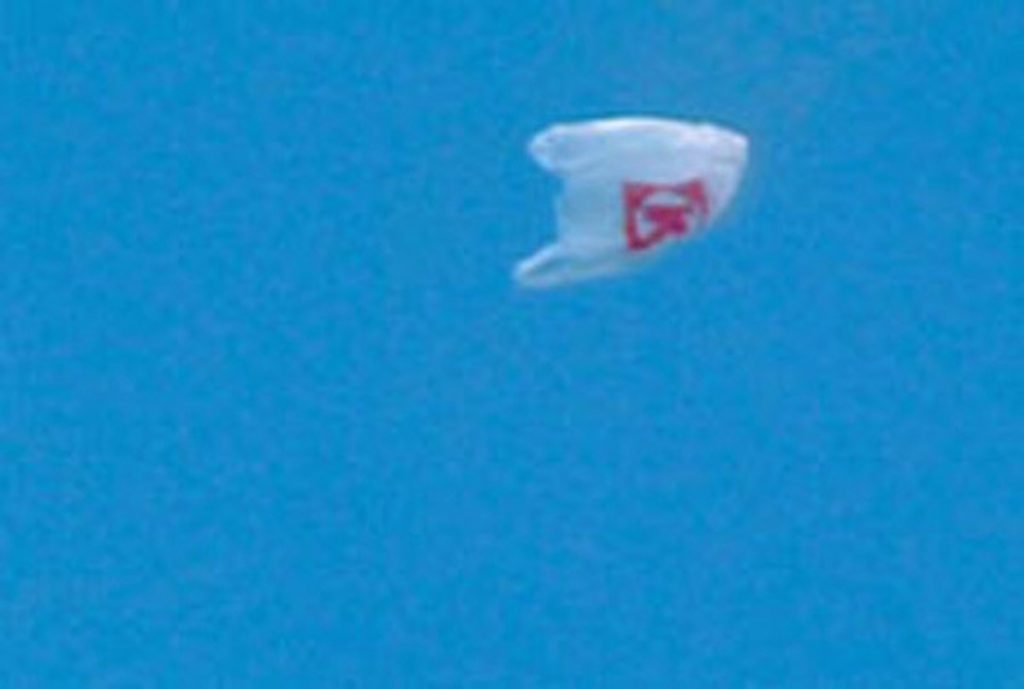 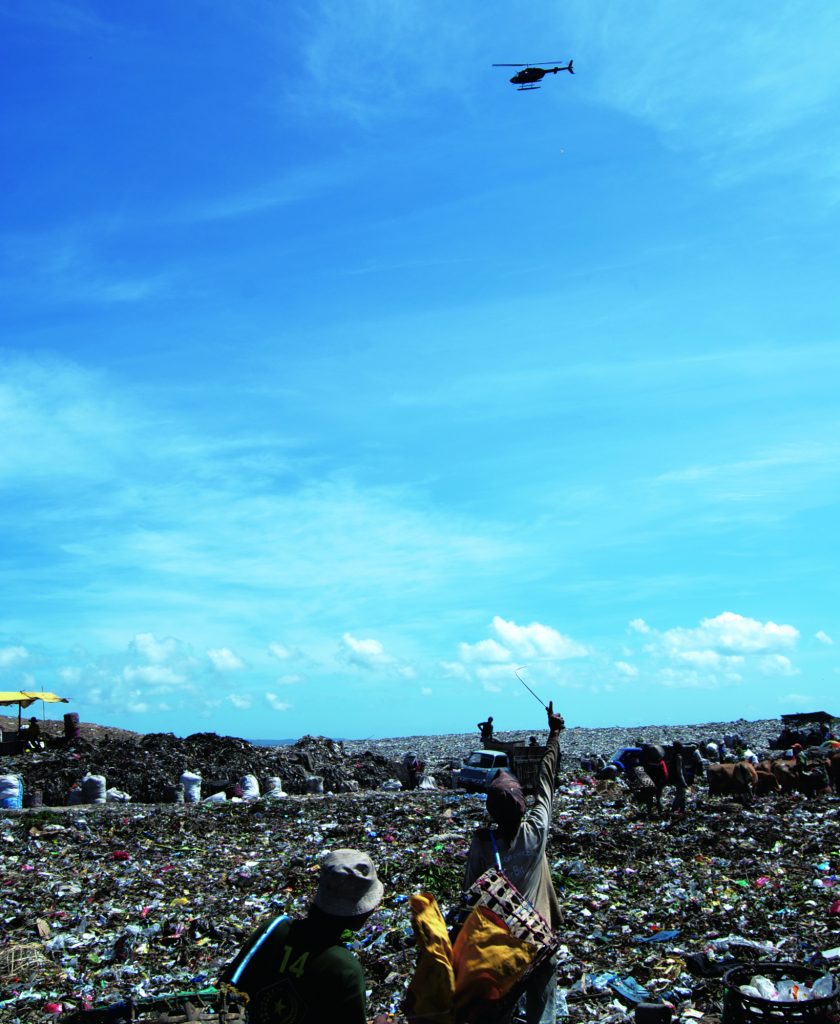 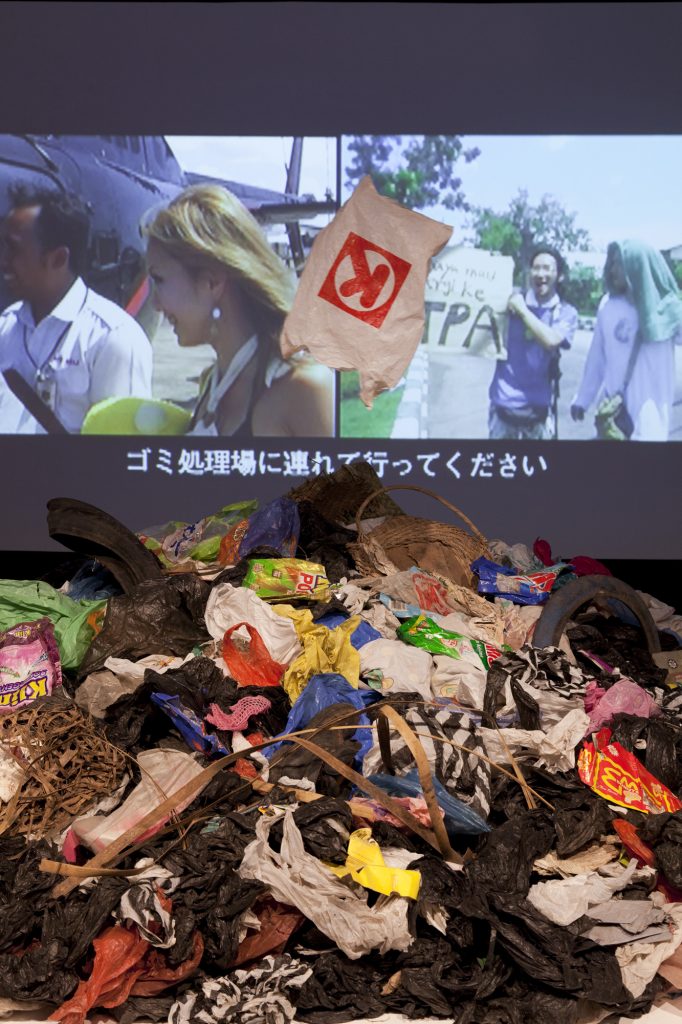 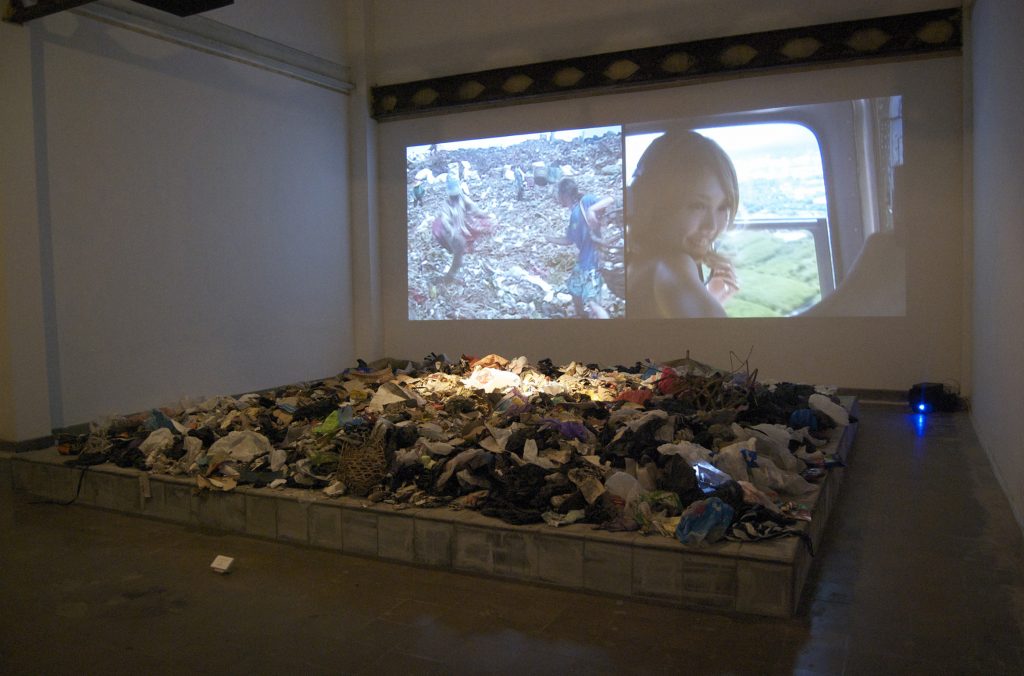 In 2008, visiting one of the most popular Asian resorts, Bali, Chim↑Pom went to the vast field of garbage mountains called TPA, which is unique to South-East Asian countries but never known to the tourists, approaching there from both the sky and the ground.
On a tourist helicopter was Ellie having enjoyed a flight over the beautiful coast, and on the ground was Mizuno having come there by hitchhiking garbage trucks.
The both enjoyed a brief meeting over the sky and the ground, waving their hands to each other. Ellie threw away a plastic bag from the helicopter to the garbage mountains.
After the helicopter flew away, Mizuno collected the plastic bag with people whom he had worked together for the past week. They earn money to live on by selling plastic bags picked out from the vast garbage mountains.
Chim↑Pom bought the garbage from them, including the plastic bag Ellie threw away, then exhibited it at galleries in Indonesia and Japan.
The project exaggerated a gap between members of Chim↑Pom to the world wide scale, and the installation work transformed the resort for people from developed countries into garbage, resulting in a video work that captures a hidden reality of resorts.