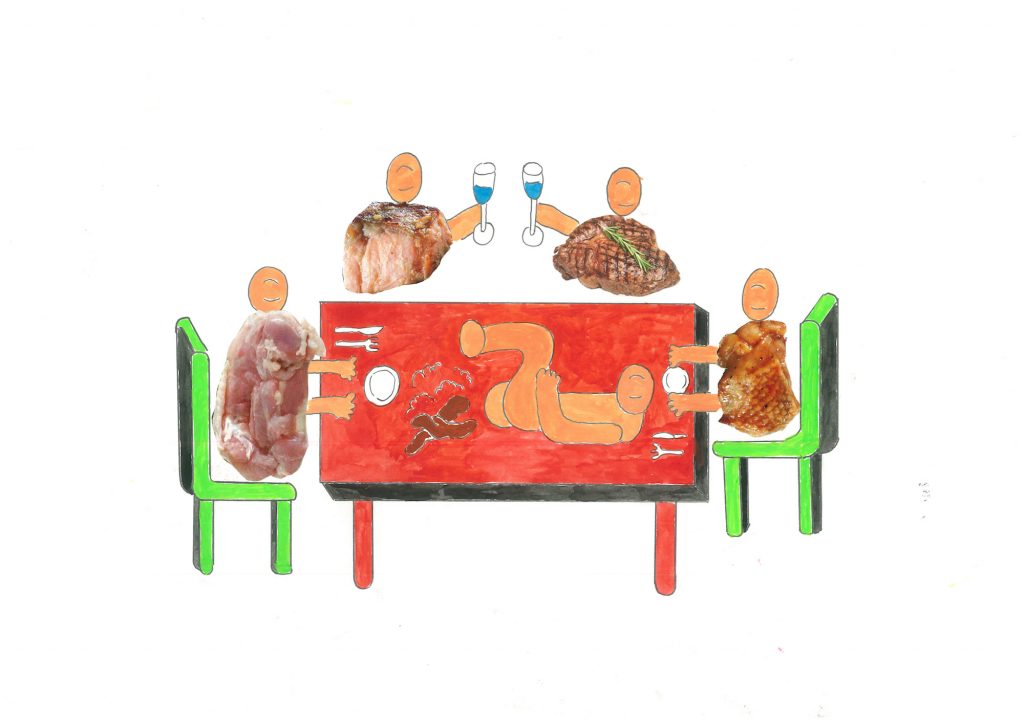 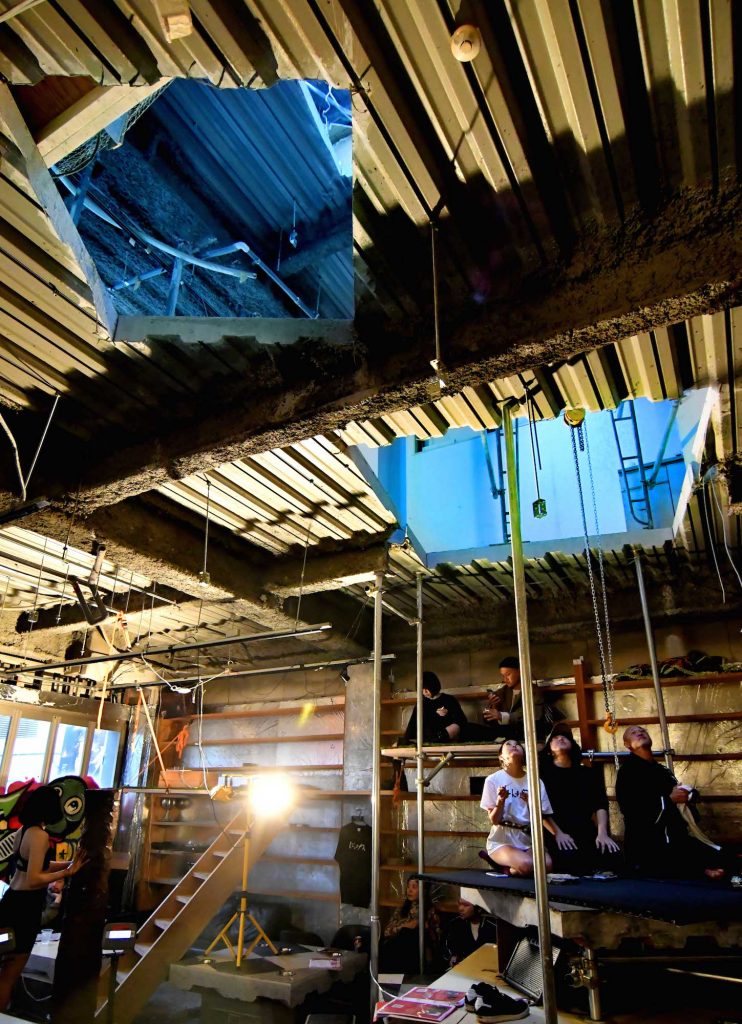 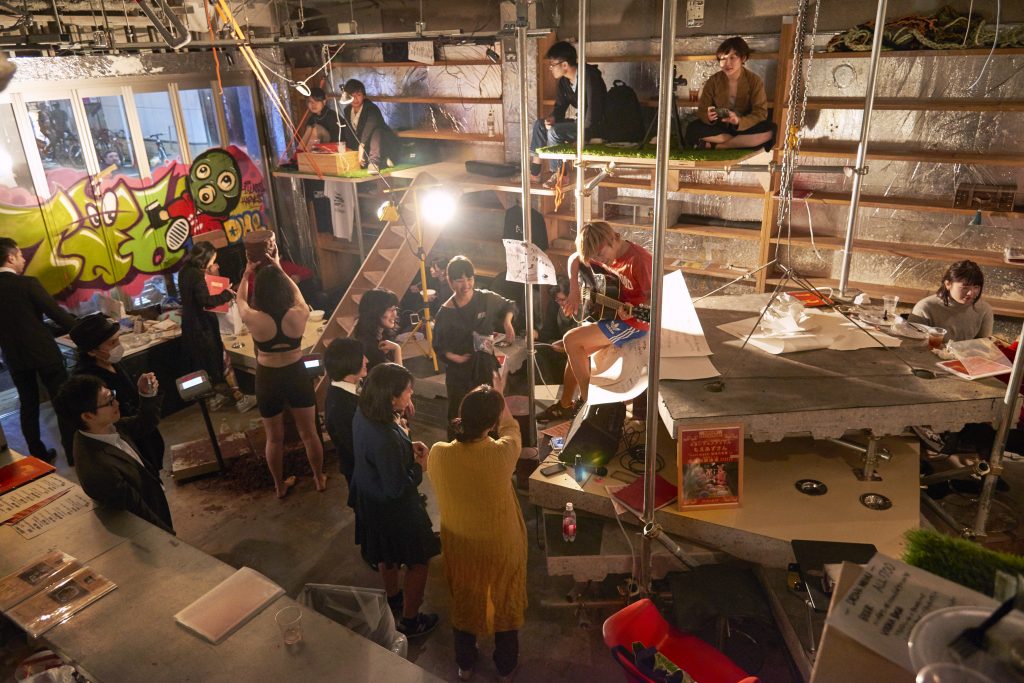 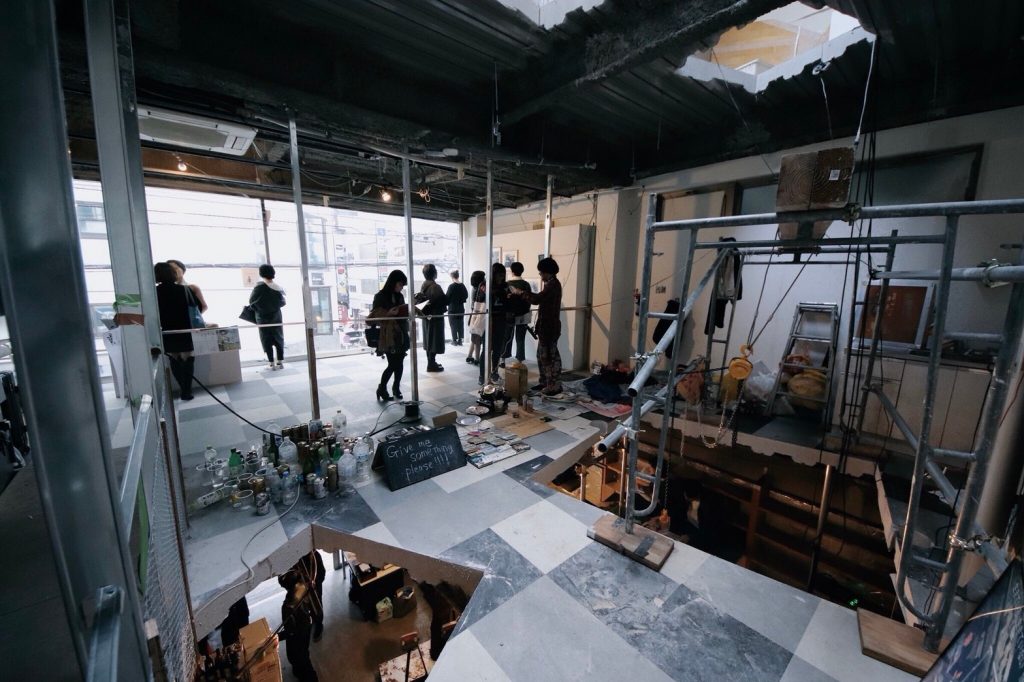 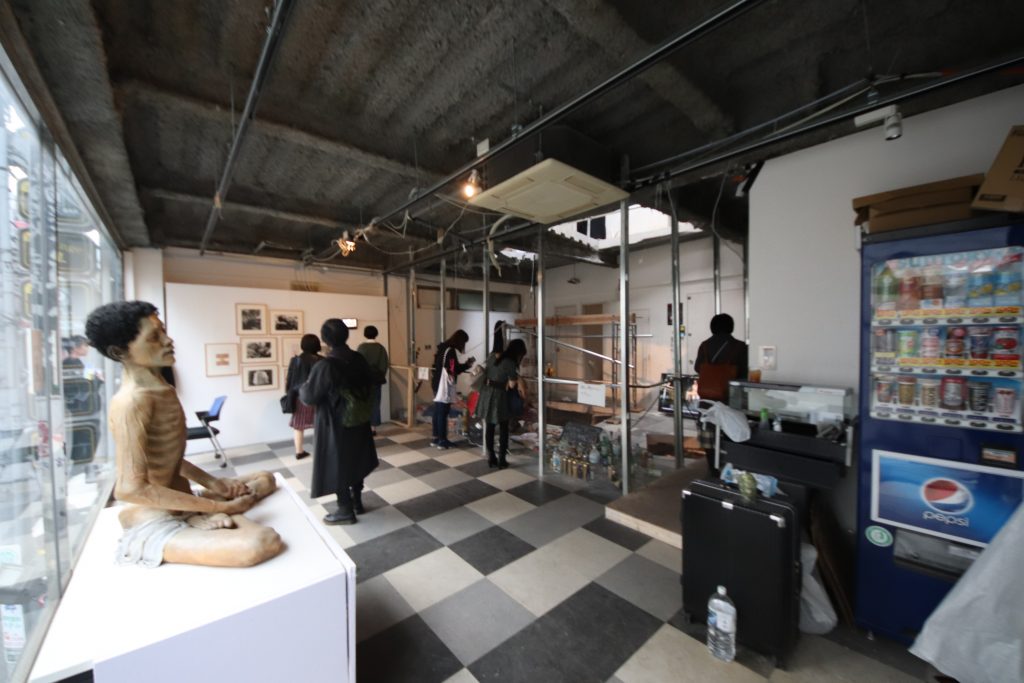 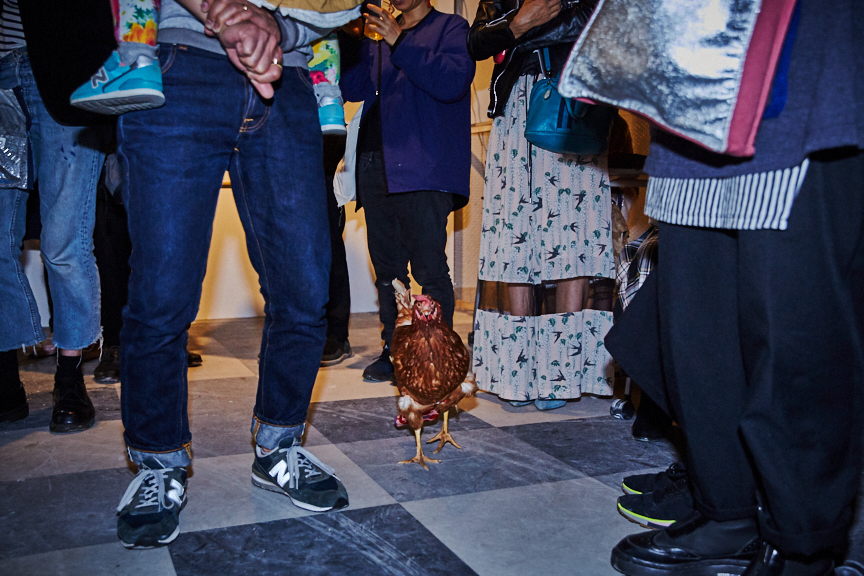 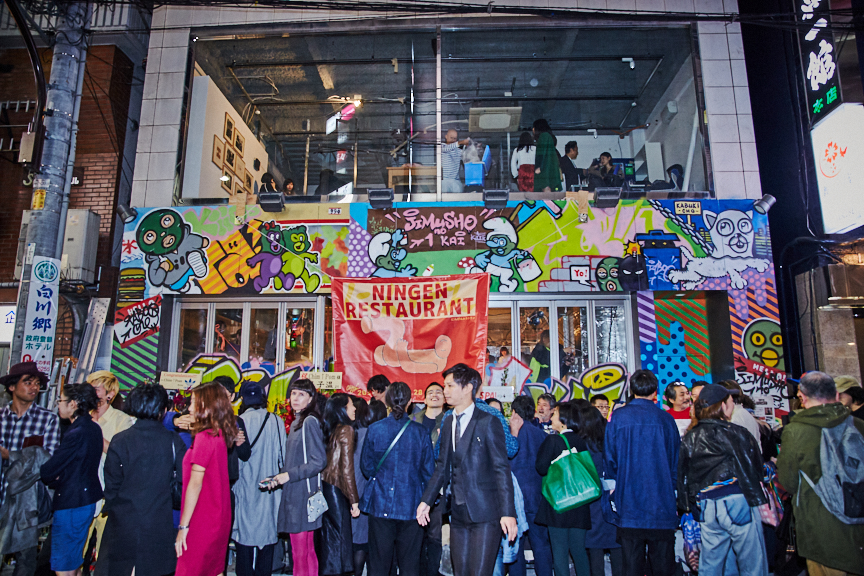 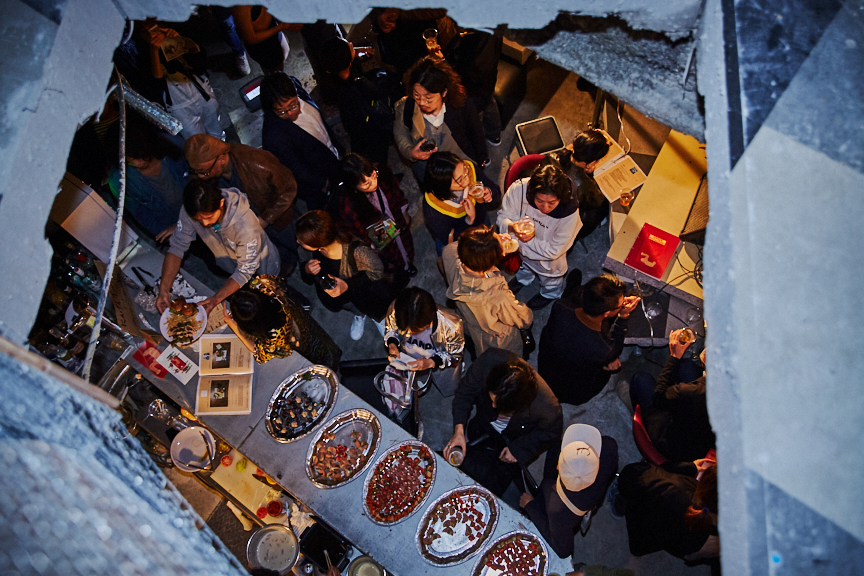 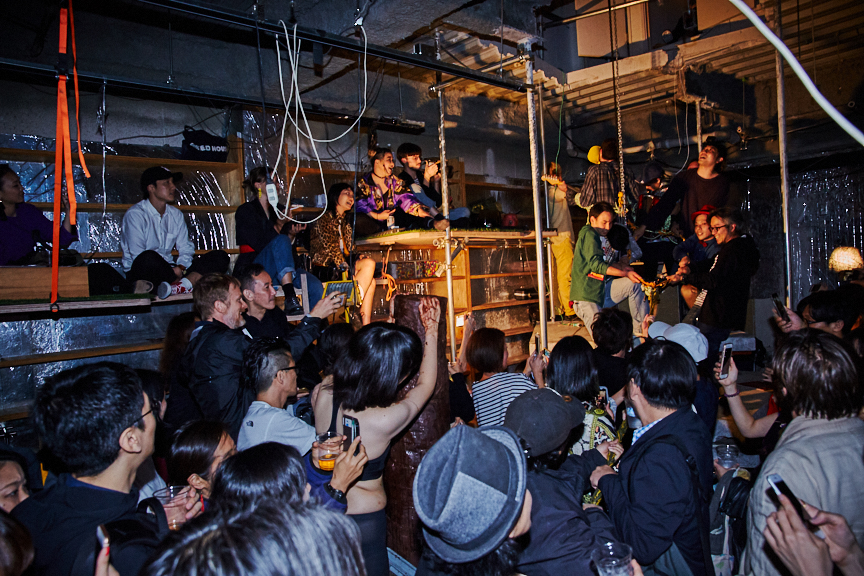 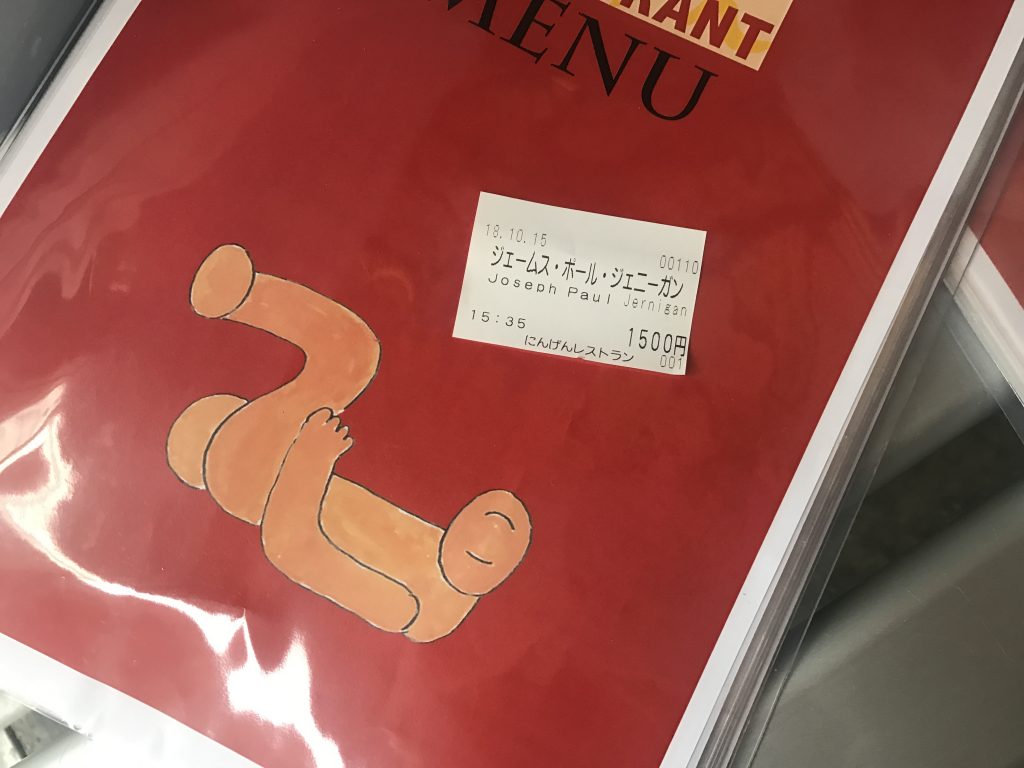 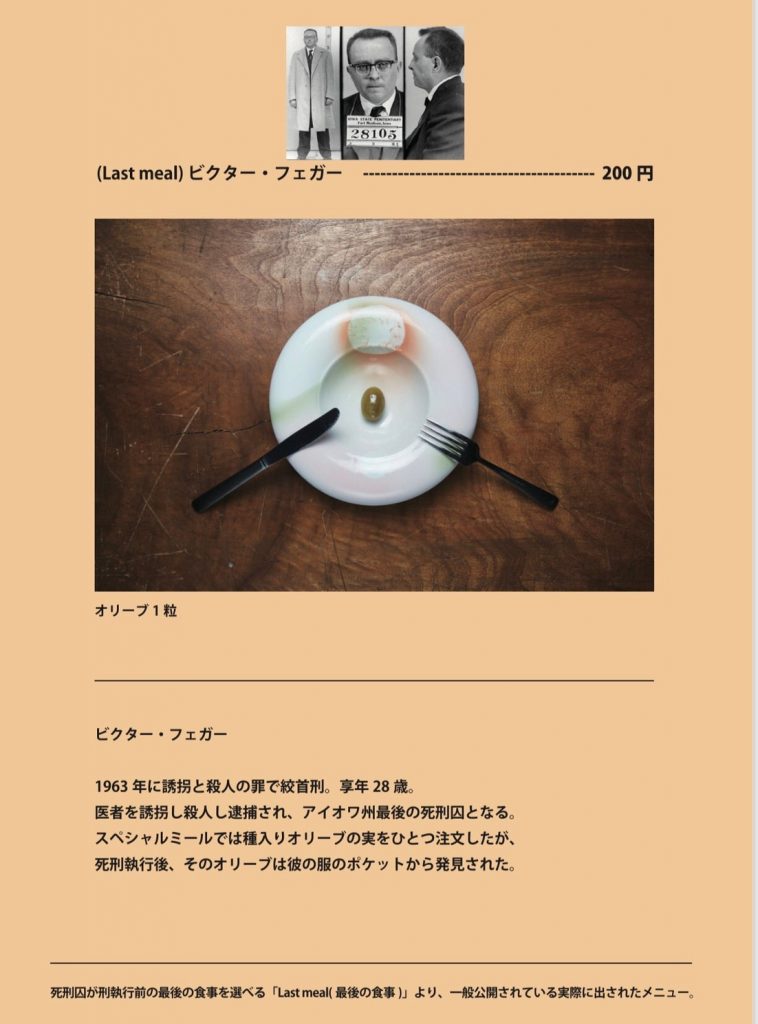 A performance-based restaurant was improvised for 2 weeks at the former Kabukicho Book Center Building which was demolished in 2018. Osamu Matsuda, Yuka Seki, Arata Mino, Aokid, and Ellie produced daily performances, while artists like Yasumasa Morimura, Fuyuki Yamakawa, and musicians like Seppuku Pistols were invited to hold 6 events during the exhibition period. Works by Hermann Nitsch, Yasuyuki Nishio, and Chim↑Pom were also displayed at the venue. Public spaces in cities around the world are now designed and themed, but under the name of “public,” only those who are chosen are allowed to enter. “Ningen Restaurant” began as one of Chim↑Pom’s urban theory practice. The project criticizes the idea of an “entertainment city,” which is used as a catchphrase for redevelopment in various parts of Japan.
The event title “Ningen Restaurant” was adopted from the name of a new bar that opened in 2018 in front of Robot Restaurant by Smappa! Group, who also lent the venue to Chim↑Pom. The head of Smappa! Group is Maki Tezuka, Ellie’s husband. The building of the bar was rented from Shinjuku Soft, a company that owns “Robot Restaurant.”
“Ningen Restaurant” opened as a 2 week-only show and the bar Ningen Restaurant carries its spirit up until this day.