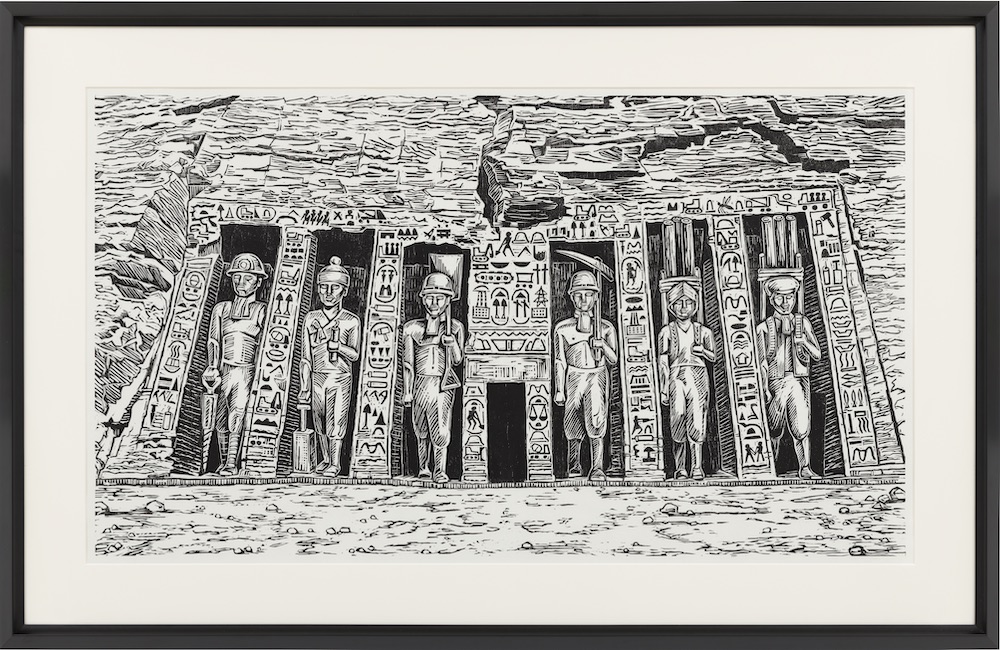 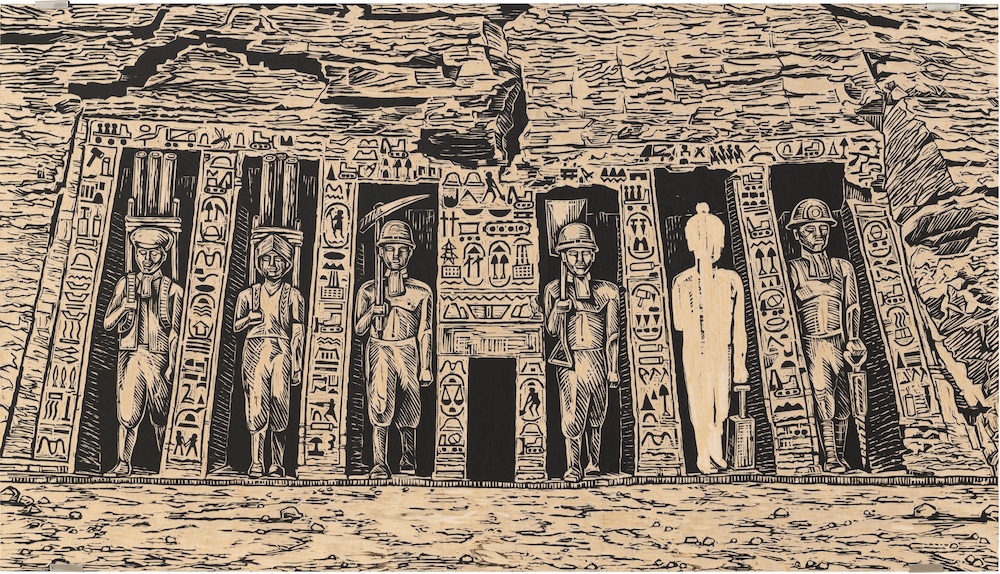 The work focuses on the laborers who were involved in the construction of the No.3 Hydropower Plant of the Kurobe River. In the case of the construction of the Aswan High Dam, under the Nubia Project, which attracted worldwide attention, the architectural complexes including the Abu Simbel temples were transferred to preserve the archaeological monuments and buildings. The print overlaps the Project and the episodes of local people being forced to move and villages being sunk under water. The work sympathizes with those involved in the development and symbolizes the ‘shadow’ of modernization.
The motif of the framed print is a little shrine, and original six figures of kings and queens are replaced by a man and a woman carrying baggage and walking on the cliff next to death, a Korean holding dynamite, and drilling and digging manual laborers. While the ‘woodcut’ of the woodcut print displayed behind the wall at the gallery also exists as a ‘shadow’, it is essential for the existence of a ‘woodcut print’. However, the fact that the figure of a Korean laborer has been ground off clearly shows that any episodes of Koreans’ hard labor in the Kurobe Valley have not been told and are ignored even today.