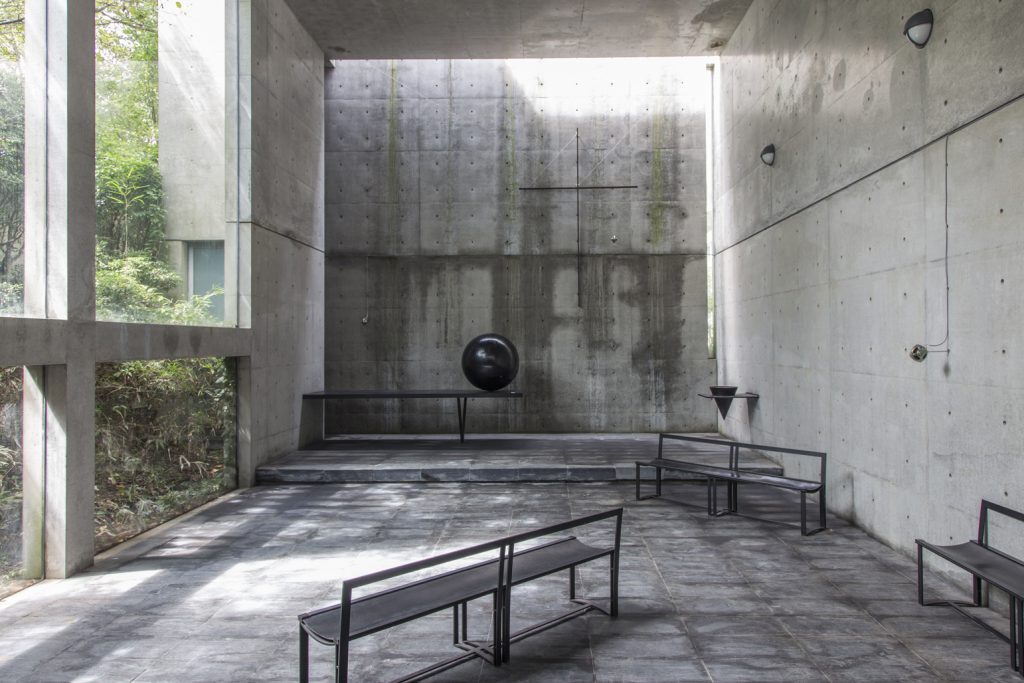 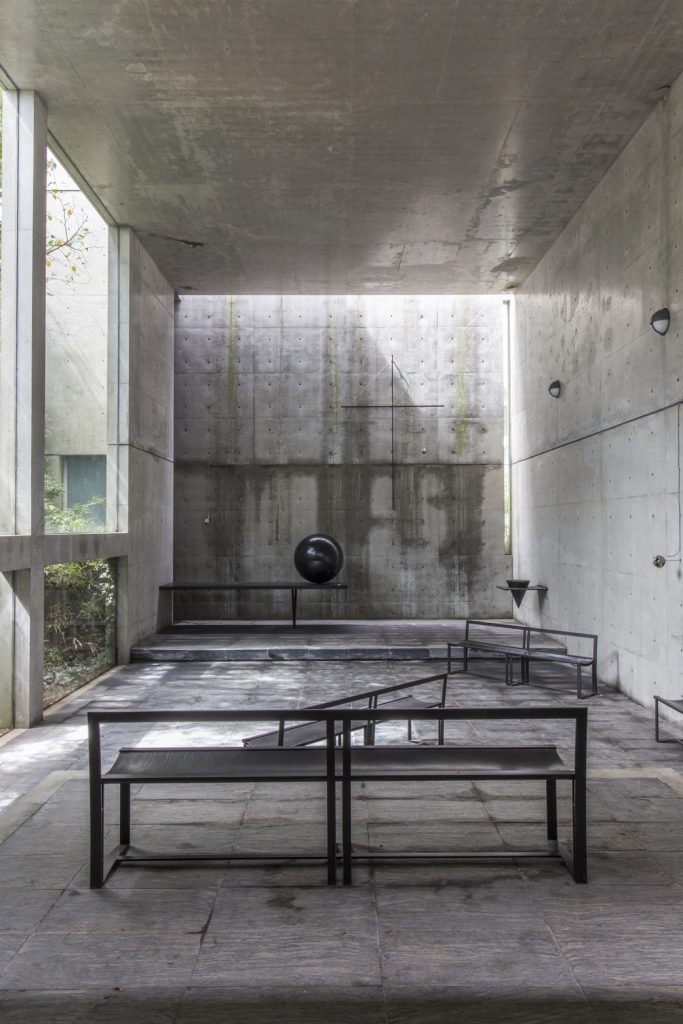 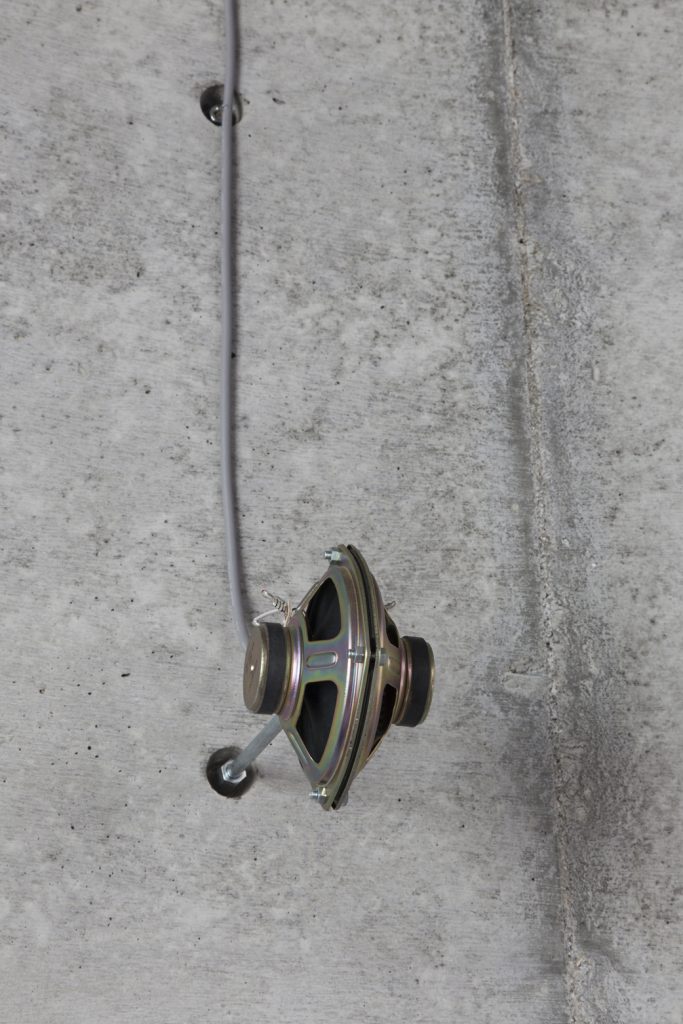 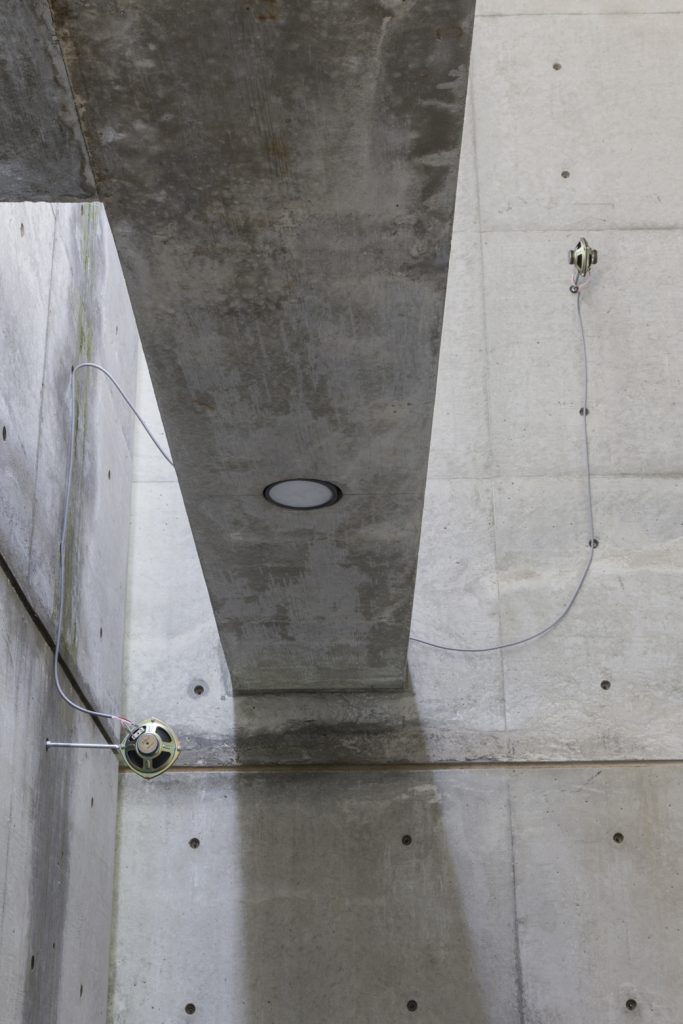 “Chapel of the Wind,” designed by Tadao Ando was well known architecture and an adjoining facility of Rokko Oriental Hotel but was abandoned after the Hotel closed down in 2007.
The church leads to the concrete chapel through a long glass colonnade. I installed eight speaker units put together inward in the room which has strong reverberation to play the sound of clapping hands. The sound changes variously by the relation of audience’ and speakers’ positioning. I also placed a spherical object with a video tape wound around on the altar following the intention of the architect that “the chapel has the volume of two globes of 6 meters in diameter, touching internally.”