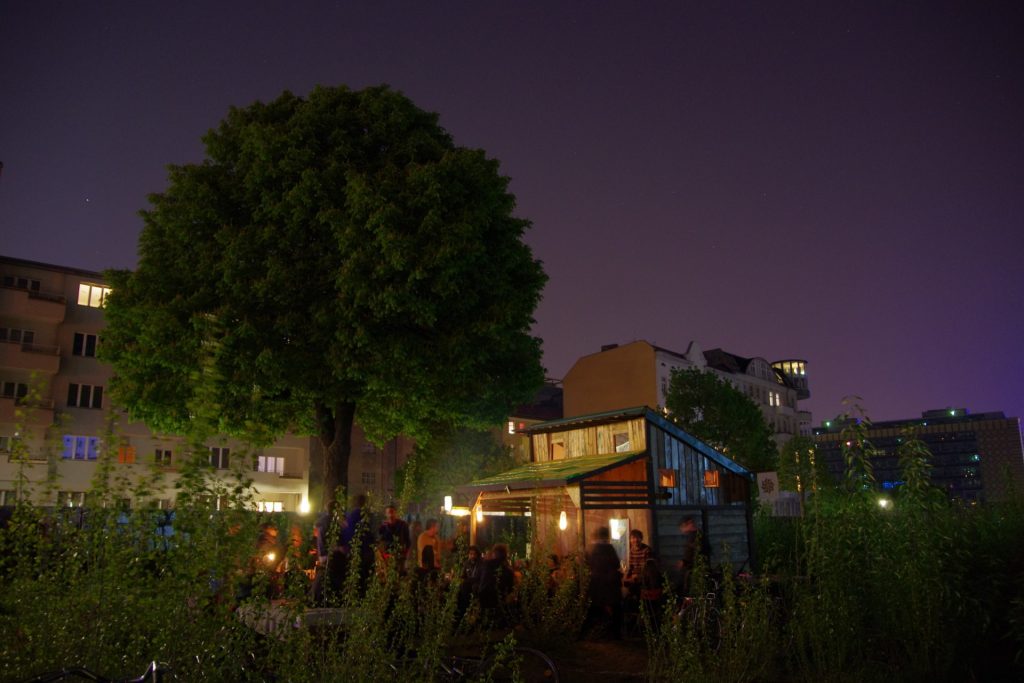 A feature-length stop-motion animation documented one year and a half long self-build house project collaborated with an architectural engineer/illustrator, Chiara Ciccarello in Berlin, Germany.
The project is based on the artist’s belief in the inseparability of art and life. It started as the artist moved out of his apartment, built a house out of wasted materials collected from the streets of Berlin and settled down on an empty plot at Cuvry street in Kreuzberg. While inviting not only friends but also passersby, people of different ethnicities and nationalities started to gather, and the artist’s action generated a chain reaction that led to create a self-build village of over one hundred inhabitants and a multicultural community in the center of Kreuzberg by the end of summer 2014. A fire accident took place in the “village” in autumn 2014, and despite of protest all of the inhabitants were forcefully evicted.