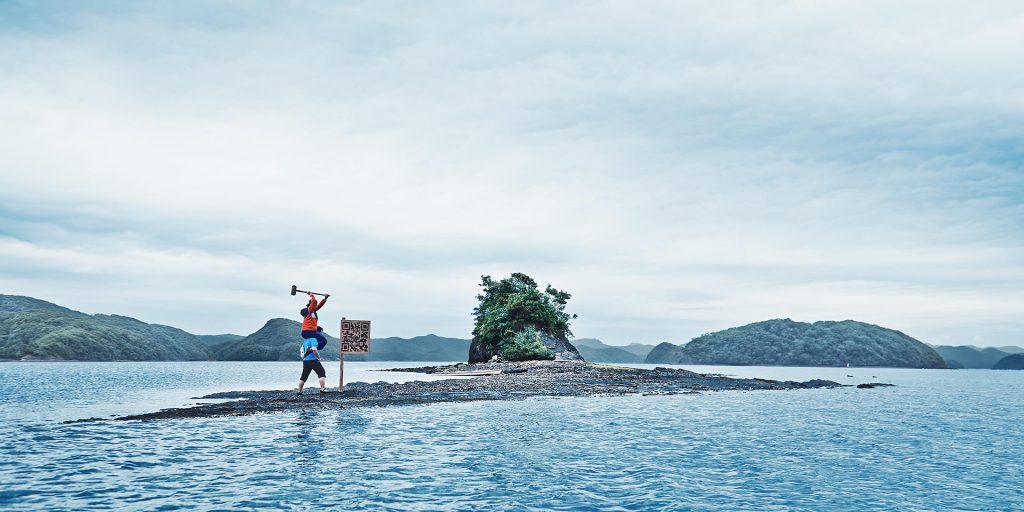 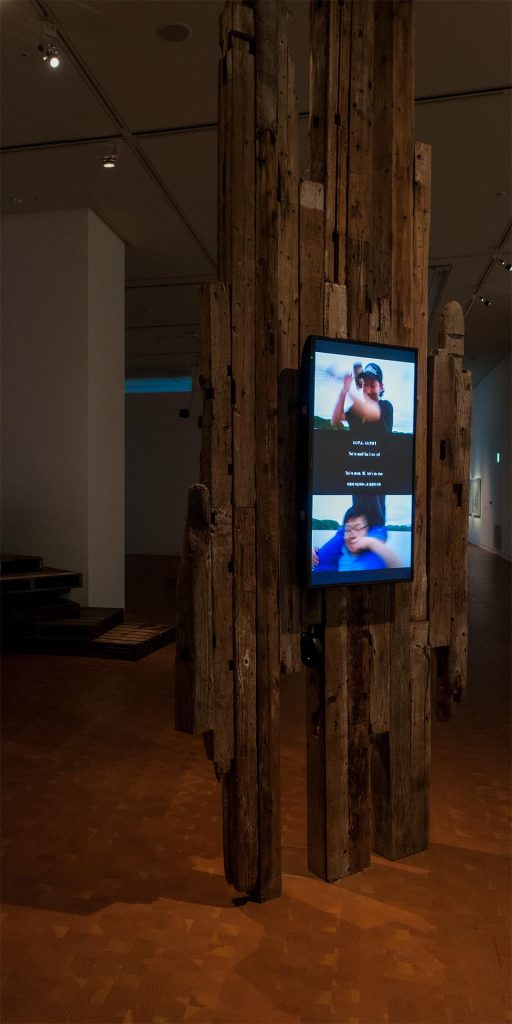 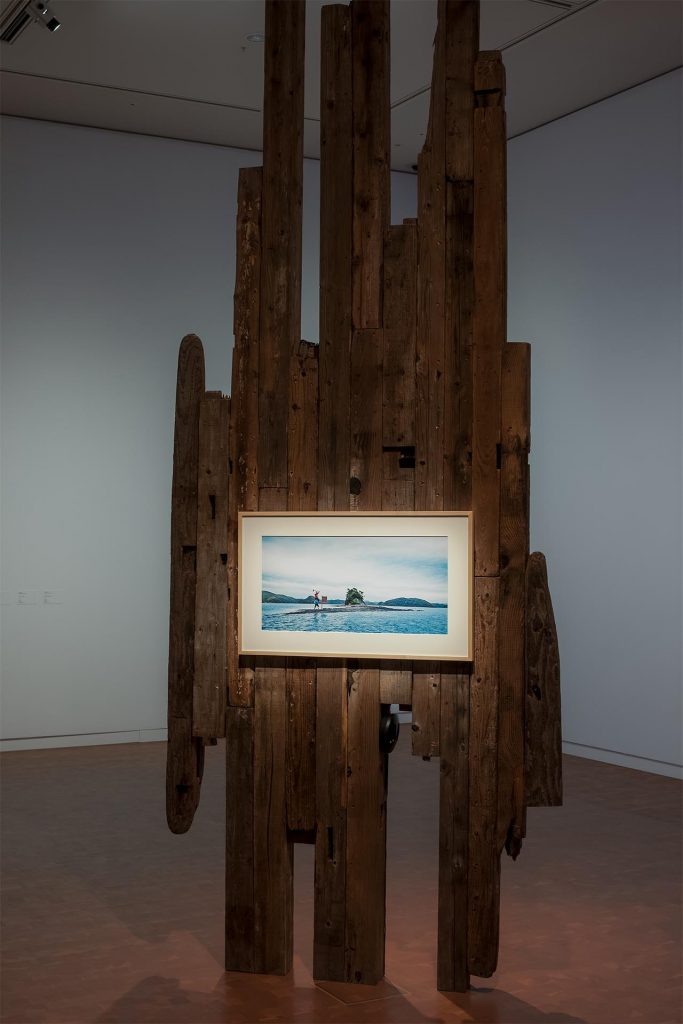 An island in between the Korean peninsula and the Japanese archipelago goes by two names: Daemado (Korean) and Tsushima (Japanese). There's no discussion over it, just two monologues running parallel: Nationalists in both countries claim it's theirs, but never can understand each other's language.

This work, in which a Korean man and I use the technique of the exquisite corpse (a surrealist technique where different people complete individual parts of a poem without knowing the other’s intentions and then assemble it together), is a satire of the sad state of affairs between the two countries: he only speaks Korean, which I can’t understand.

Having been introduced through an employee at a café on the main island, we proceeded to a nearby uninhabited island on a two-person canoe. All we had in common was a signpost displaying a QR code and the goal of pounding it into the ground there. This was a device to avoid silence then and direct a signal for the viewer at the exhibition to scan.